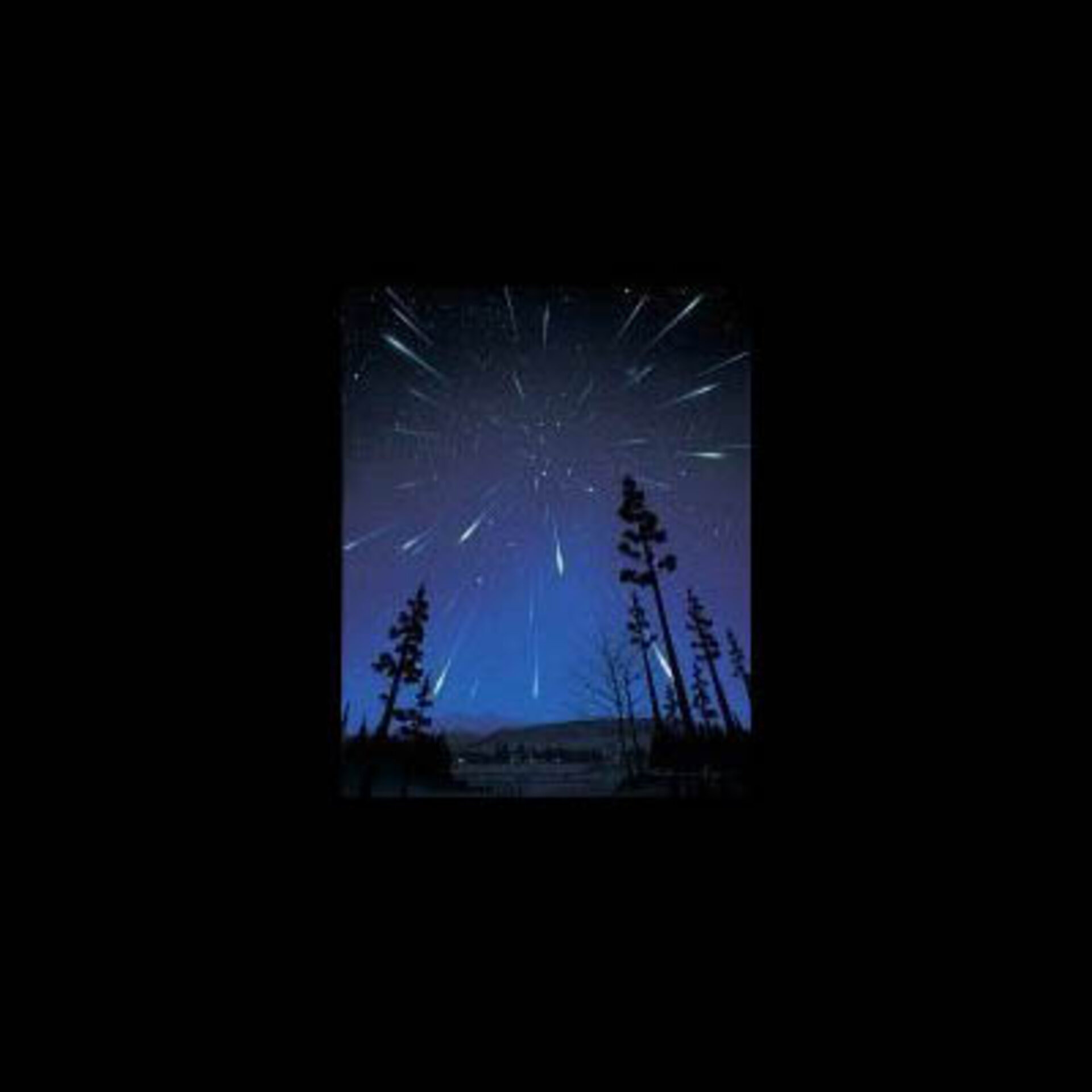 Each year, the night sky is illuminated by dozens of meteor showers. During these showers, fragments of cosmic debris leave glowing trails as they are incinerated during entry into our atmosphere. We see them as short-lived trails of light streaking across the sky.

Most meteors are caused by cosmic dust burning up as it enters the Earth's upper atmosphere. This dust comes primarily from comets. For most of their elliptical orbits, comets remain as giant dirty snowballs in deep freeze, far from the Sun. When they approach the Sun, their icy surfaces are warmed and start to vaporise, generating powerful jets of gas and dust which spurt into space. The dust which is ejected lingers around the comet for a while, but eventually spreads out around its orbit.

One of the most famous meteor showers is known as the Leonids, so-called because their light trails all seem to originate from the constellation of Leo. The Leonid meteors are associated with dust particles ejected from Comet 55P/Tempel-Tuttle, which pays periodic visits to the inner Solar System once every 33 years.

The meteors appear every year between 15–20 November, when the Earth passes very close to the comet's orbit. However, the numbers on view vary tremendously. In most years, observers may see a peak of perhaps five to 10 meteors per hour around 17 November.

But, roughly every 33 years, the Leonids generate a magnificent storm, when thousands of them illuminate the night sky. In recent times, the most memorable of these storms occurred in 1833, when tens of thousands lit up the heavens over North America.

Unfortunately, not all of the comet's appearances are marked by such wondrous sights. While meteors appeared in large numbers during the last perihelion passage of Comet Tempel-Tuttle in 1966, the previous viewing opportunity of 1933 proved disappointing.

The reason for this spasmodic and unpredictable behaviour is that, although the main stream of debris trails for millions of kilometres behind the comet, it is not very wide, perhaps 35 000 km across. Within this narrow stream, the dust ejected during each of the comet's close approaches to the Sun forms a series of separate ribbons. Their characteristics vary considerably. Generally, the most recent dust streamers are thin and dense, while the older material, which has had time to spread out, forms wider, less densely populated bands.

The location of the stream also changes with time as the gravity of the planets, especially Jupiter, exerts an influence. Sometimes the Earth ploughs right into a dense stream of debris, causing a storm of bright meteors. Sometimes it misses almost all of the tightly confined dust trail, so very few meteors are seen.

The Leonids are renowned for producing bright fireballs, which outshine every star and planet. Their long trails are often tinged with blue and green, while their vapour trains may linger in the sky like enormous smoke rings for five minutes or more. Although the incoming particles are small, ranging from specks of dust to the size of small pebbles, the Leonids glow brightly because they are the fastest of all the meteors. A typical Leonid meteor, arriving at a speed of 71 kilometres per second (more than 200 times faster than a rifle bullet), will start to glow at an altitude of about 155 km and leave a long trail before it is extinguished.

ESA scientists are interested in monitoring meteor showers such as the Leonids because of the possible threat posed by space dust to orbiting and interplanetary spacecraft. Results from meteor count experiments are sent to ESA’s European Space Operations Centre (ESOC) in Germany so that spacecraft operators can determine the level of danger to missions.