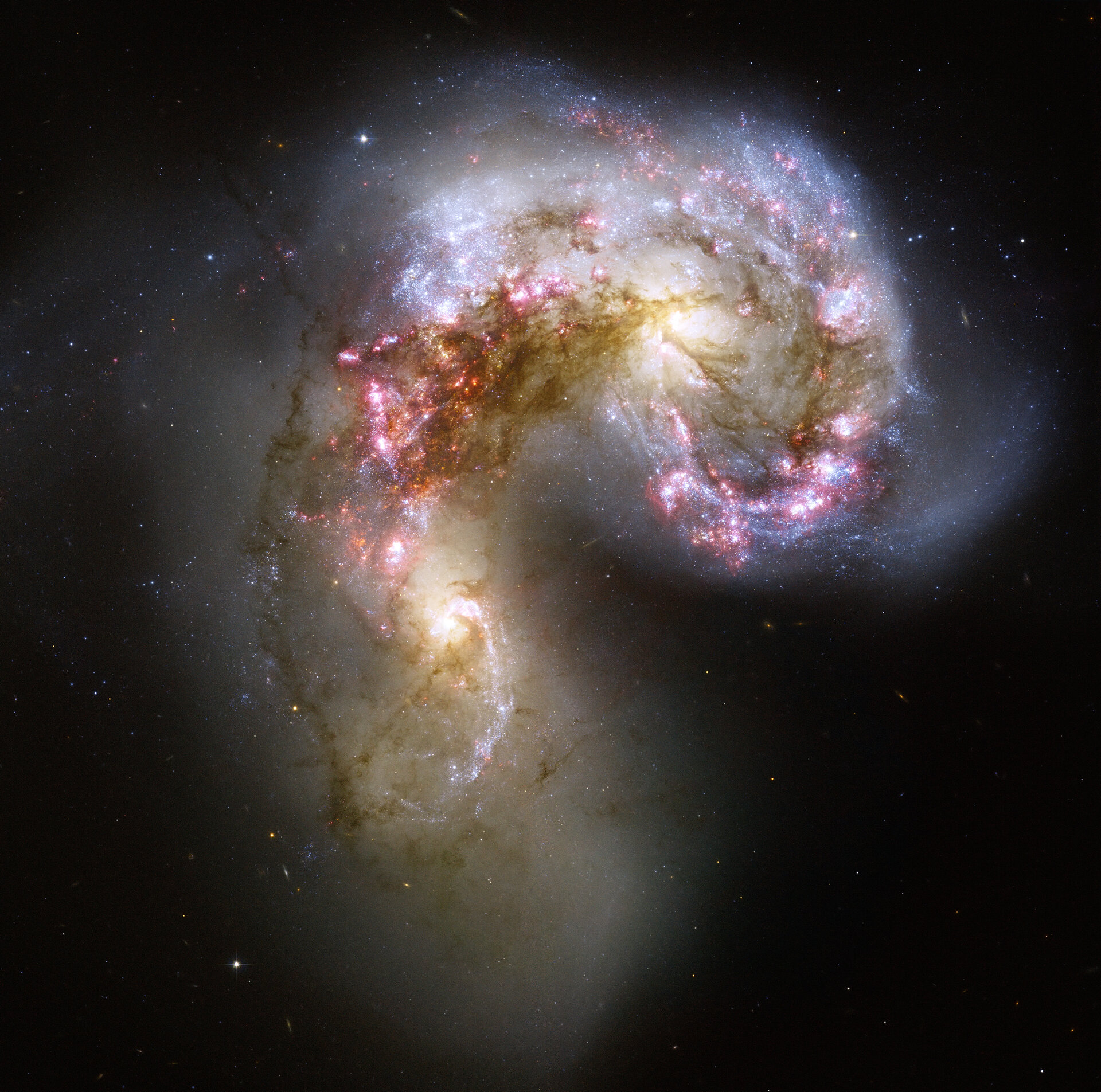 A new Hubble image of the Antennae galaxies is the sharpest yet of this merging pair of galaxies. As the two galaxies smash together, thousand of millions of stars are born, mostly in groups and clusters of stars.

The Universe is an all-action arena for some of the largest, most slowly evolving and surprising processes known to mankind. A new picture taken by the Advanced Camera for Surveys (ACS), onboard the NASA/ESA Hubble Space Telescope, shows the best ever view of the Antennae galaxies - seemingly a violent clash between a pair of once isolated galaxies, but in reality a fertile marriage.

As the two galaxies interact, thousand of millions of stars are born, mostly in groups and clusters of stars.

The brightest and most compact of these are called super star clusters.

The two spiral galaxies started to fuse together about 500 million years ago making the Antenna galaxies the nearest and youngest example of a pair of colliding galaxies. Nearly half of the faint objects in the Antennae are young clusters containing tens of thousands of stars.

The orange blobs to the left and right of image centre are the two cores of the original galaxies and consist mainly of old stars criss-crossed by filaments of dark brown dust. The two galaxies are dotted with brilliant blue star-forming regions surrounded by pink hydrogen gas.

The image allows astronomers to better distinguish between the stars and super star clusters created in the collision of two spiral galaxies. The observations show that only about 10% of the newly formed super star clusters in the Antennae will live to see their ten millionth birthday.

The vast majority of the super star clusters formed during this interaction will disperse, with the individual stars becoming part of the smooth background of the galaxy.

The Antennae galaxies take their name from the long antenna-like 'arms' extending far out from the nuclei of the two galaxies, best seen by ground-based telescopes.

These 'tidal tails' were formed during the initial encounter of the galaxies some 500 million years ago. They give us a preview of what may happen when our Milky Way galaxy likely collides with the neighbouring Andromeda Galaxy about 6 billion years from now.