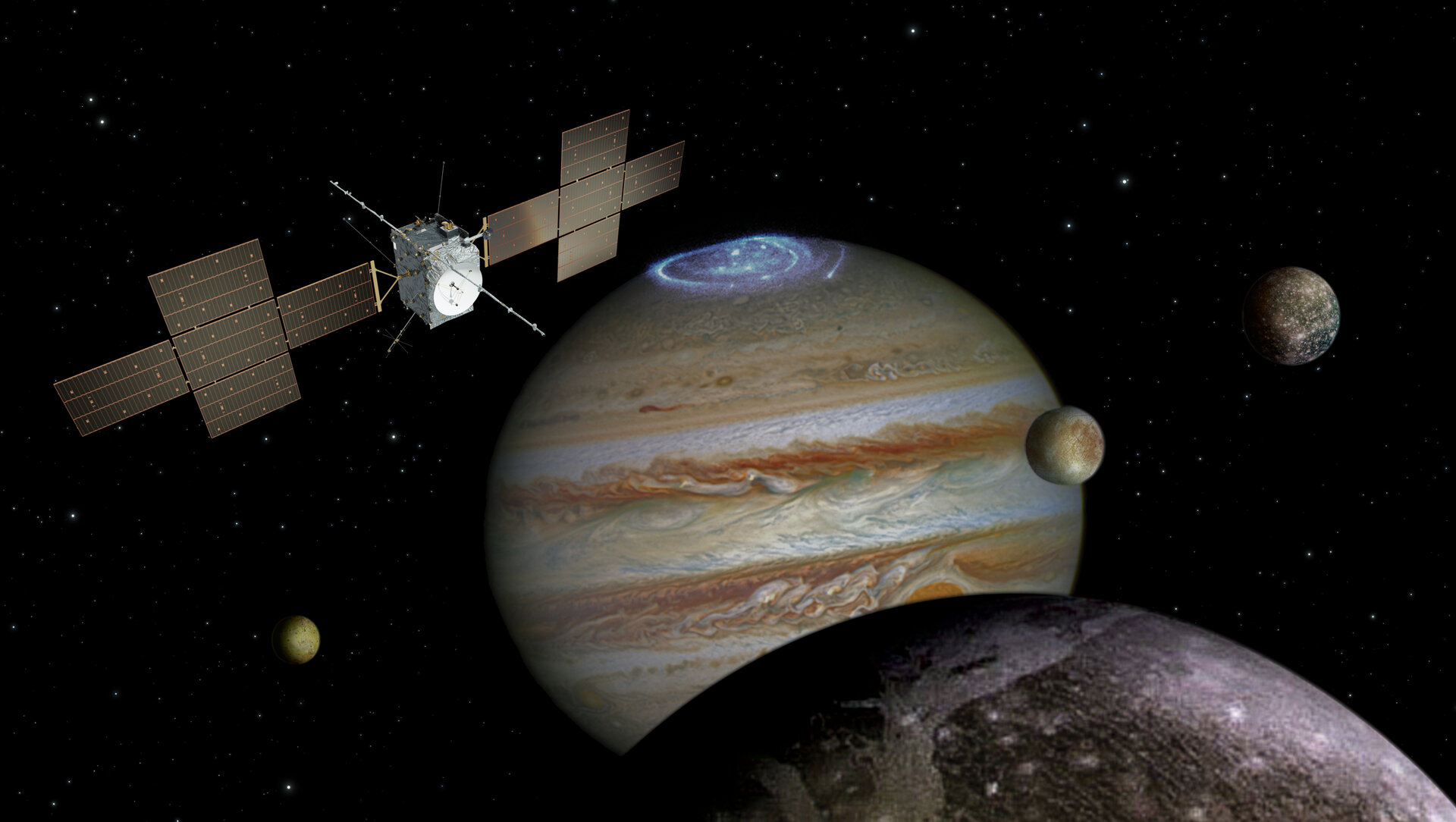 The Jupiter Icy Moons Explorer, Juice, will ride into space on an Ariane launch vehicle, Arianespace and ESA confirmed today at the International Paris Air Show.

Juice is the first large-class mission in ESA's Cosmic Vision 2015–2025 programme. Its mission is devoted to complete a unique tour of the Jupiter system.

Juice will spend at least three years making detailed observations of the giant gaseous planet Jupiter and in-depth studies of three of its largest moons and potentially ocean-bearing satellites, Ganymede, Europa and Callisto.

The launch period for Juice will start in mid-2022 aboard an Ariane 5 or an Ariane 64 launch vehicle – depending on the final launch slot from from Europe’s Spaceport in French Guiana, South America. 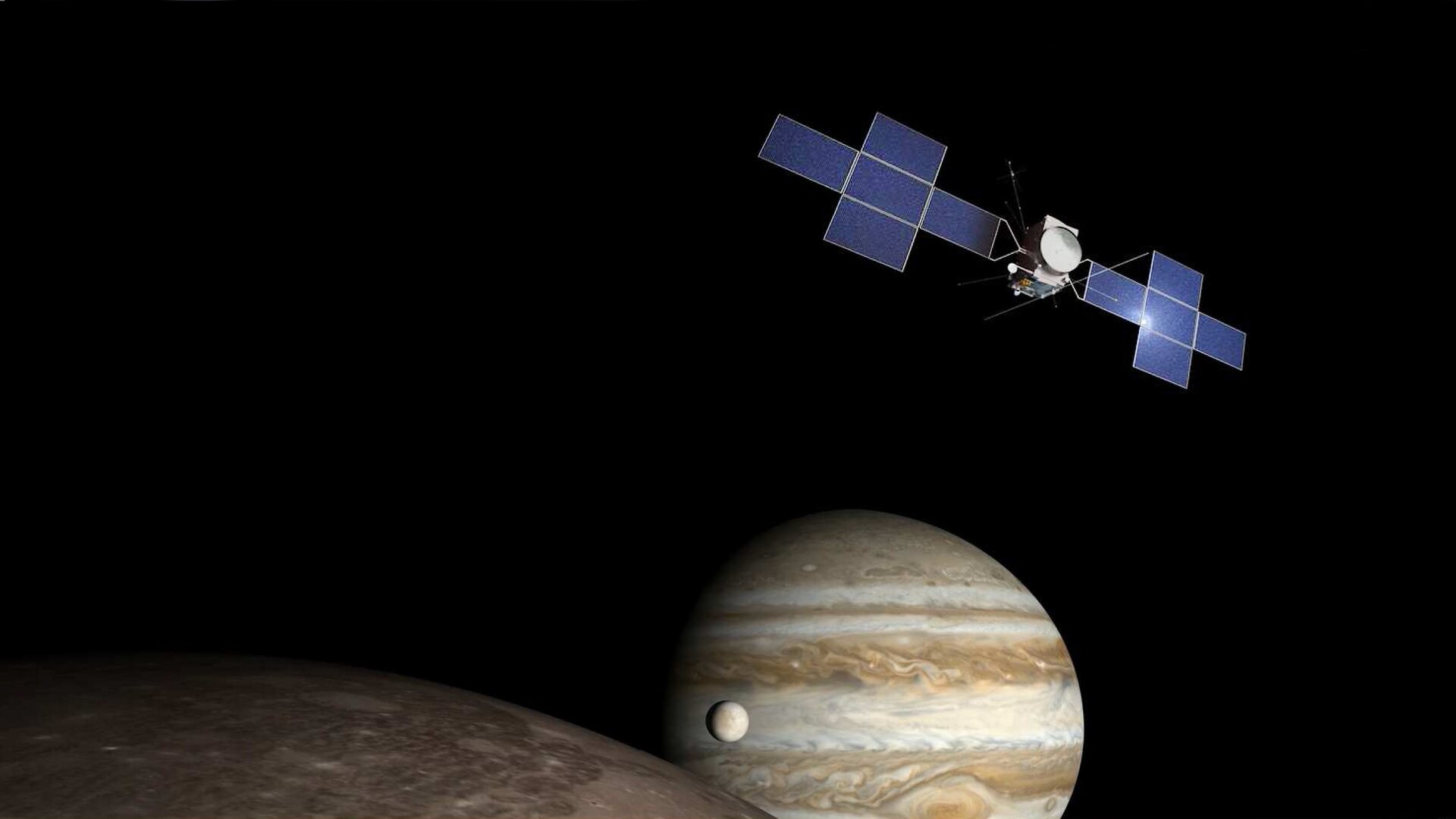 The satellite will have a mass at liftoff of approximately six tonnes and will be placed in an Earth escape orbit in a direction to Jupiter starting a journey of 600 million kilometres. After a 7.5-year cruise, which includes gravitational assists from Earth, Venus and Mars, the spacecraft will enter orbit around the giant planet in October 2029.

The Jupiter tour includes several flybys of each planet-sized world, and ends with orbit insertion around Ganymede, the largest moon in the Solar System.

Juice will carry the most powerful scientific payload ever flown to the outer Solar System. It consists of 10 state-of-the-art instruments plus one science experiment that uses the spacecraft telecommunication system with ground-based radio telescopes.

Juice's instruments will enable scientists to compare each of these icy satellites and to investigate the potential for such bodies to harbour habitable environments such as subsurface oceans. They will also carry out observations of Jupiter, its atmosphere, magnetosphere, other satellites and rings.

Airbus Defense and Space is developing and building the Juice spacecraft. As prime contractor for design, development, production, and testing of the satellite, Airbus will lead a consortium of more than 80 companies covering more than 110 contracts.

“Juice is the first ‘large-class’ mission in our Cosmic Vision programme and of prime importance for investigating the habitability potential of ocean-worlds beyond our own,” said Günther Hasinger, ESA's Director of Science. “We’re delighted to confirm it will have a flying start with an Ariane launch vehicle, setting it on course to fulfil its scientific goals in the Jupiter system.”

Stéphane Israël, Chief Executive Officer of Arianespace, added: “Arianespace is honored to be awarded this new scientific mission from ESA, which will advance our understanding of the Universe. Less than a year after the launch of BepiColombo to Mercury, we have won the launch contract for the Juice mission to Jupiter’s moons, further confirmation of Arianespace’s ability to ensure Europe’s independent access to space for all types of missions. We are once again marshaling all of our strengths and capabilities to support Europe’s spaceborne ventures, with a launch services offering based on Ariane 5 and Ariane 6 so we can deliver the availability and flexibility needed by ESA for its latest emblematic mission.”