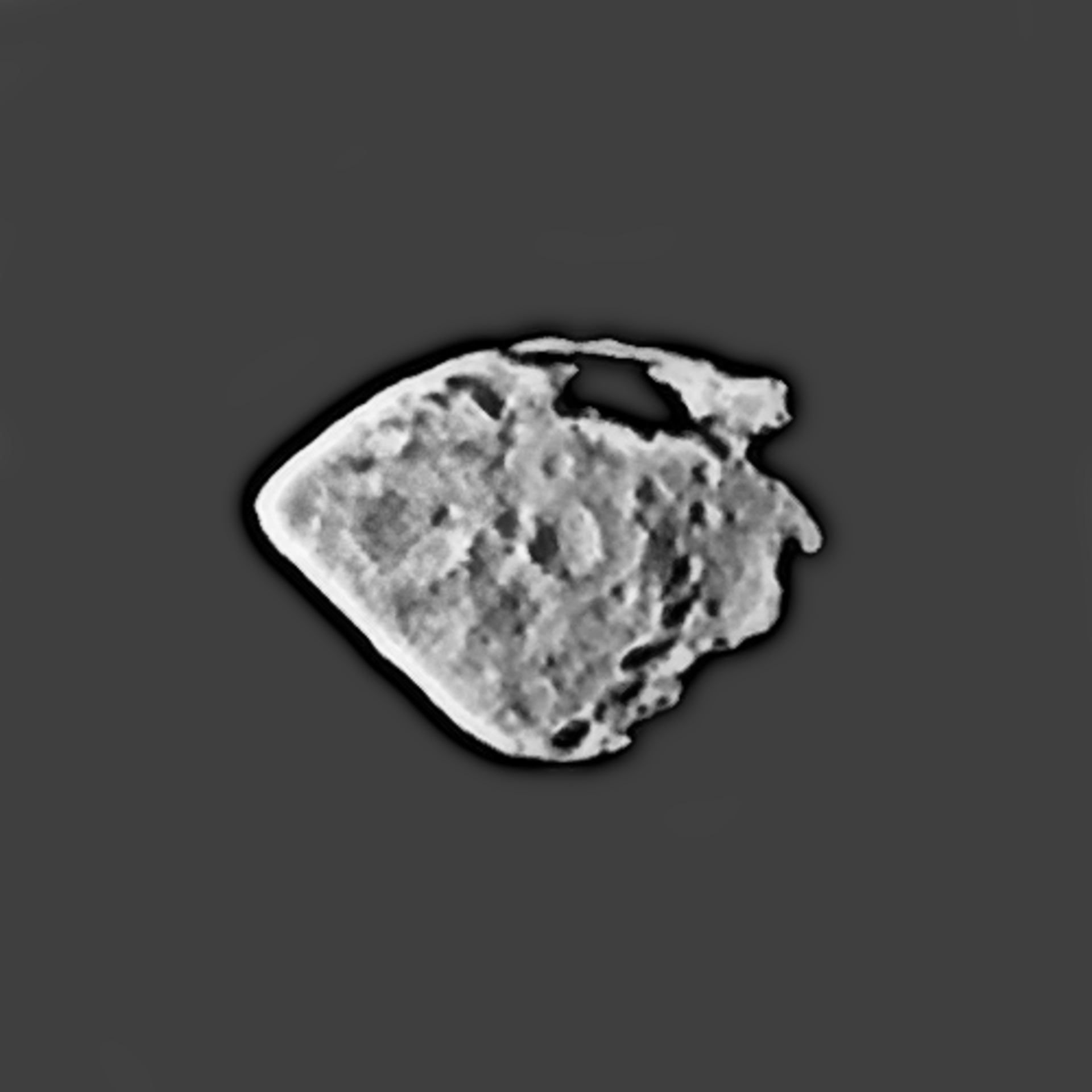 ESA’s Rosetta spacecraft snapped images of asteroid Steins as it flew by the diamond-shaped asteroid on 5 September 2008, revealing a tiny world with a big history of collisions.

The images were taken by Rosetta’s Wide Angle Camera as the spacecraft flew within 800 km of the 5 km-wide asteroid, and later processed by amateur astronomer Ted Stryk to produce the image presented here.

By emphasising the shadows, the processing reveals high-contrast features, such as bright crater rims against their dark, shadowed interiors. However, this technique can also create some artifacts, such as the illusion of boulders protruding from the surface, that are not present in the raw data.

One striking feature is the gaping hole at the south pole (top in this image) of Steins – its largest impact crater at about 2 km wide and nearly 300 m deep. This crater is named ‘Diamond’ following the gem nomenclature chosen after the asteroid’s overall shape earned it the nickname ‘diamond in the sky’.

The circular crater in the centre of the asteroid as seen in this viewing angle is called Topaz and is about 650 m wide and 80 m deep.

A chain of several craters can be seen stretching from the asteroid’s north pole (bottom in this image) right up to Diamond crater.

So far, around 40 craters have been found, but the imposing Diamond crater likely influenced the appearance of the entire asteroid because the debris thrown out from this dramatic collision would have scattered over the surface, imprinting over other, older craters.

Rosetta has since passed by asteroid Lutetia in July 2010 and is now in deep-space hibernation. It will wake up on 20 January 2014 and rendezvous with comet 67P/Churyumov–Gerasimenko in May 2014. A few months later, its Philae probe will separate to make the first controlled landing on a comet.

Comets are considered to be the primitive building blocks of the Solar System, and Rosetta will help scientists to learn more about their role in the evolution of our local cosmic neighbourhood.