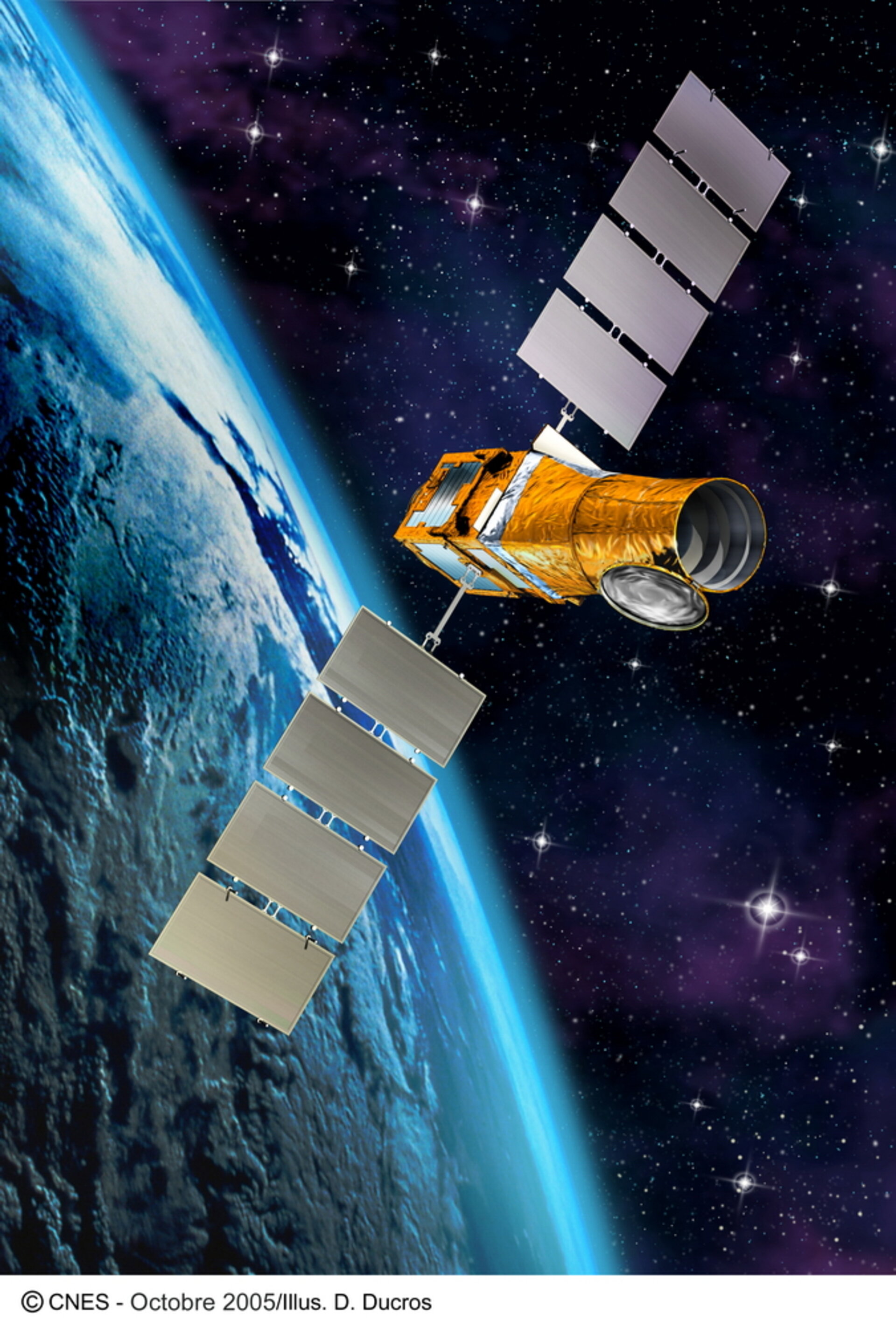 The launch of COROT on 21 December 2006 is a long awaited event in the quest to find planets beyond our Solar System. Searching from above the Earth's atmosphere, COROT – the CNES project with ESA participation - will be the first space mission specifically dedicated to the search for extrasolar planets.

COROT is expected to greatly enlarge the number of known exoplanets during its two-year mission and provide the first detection of rocky planets, perhaps just a few times the mass of the Earth.

"COROT could detect so many planets of this new type, together with plenty of the old type that astronomers will be able to make statistical studies of them," says Malcolm Fridlund, ESA's Project Scientist for COROT.

This will allow astronomers to more accurately predict the number and type of planets that will be found around other stars.

The world of astronomy changed forever on 6 October 1995, when Michel Mayor and Didier Queloz of the Geneva Observatory announced the first discovery of a planet around a star similar to the Sun. As well as celebration, there was surprise because 51 Pegasi b, as the planet became known, was half the mass of Jupiter and orbiting much closer to its parent star than expected. Whereas Mercury orbits the Sun at 57.9 million kilometres in 88 days, 51 Pegasi b shoots around its orbit in just 4.23 days. This indicated that the planet was just 7.8 million kilometres from its star.

An American team led by Geoff Marcy, San Francisco State University, and Paul Butler, University of California, Berkeley, soon discovered other planets around other stars. They too were large, Jupiter-like planets in extremely close orbits.

These planets had not been seen directly. Instead, their presence had been inferred by the gravitational pull they exerted on their parent star. The astronomers had measured the wobble of the star through changes in its light, and used this data to calculate the orbit and minimum mass of the planet.

COROT relies on a new way of detecting planets. As tens of thousands of people witnessed on 8 June 2004, a planet moving across the face of the star creates a noticeable silhouette. On that day, onlookers watched the black dot of Venus slip across the Sun’s bright surface.

COROT is designed to detect such transits of extrasolar planets across the faces of their parent stars. It will monitor the brightness of stars, looking for the slight drop in light caused by the passage of the planet. Because this relies on the chance alignment of the star and the planet with Earth, a large number of stars must be monitored to make certain of seeing enough events. COROT will monitor hundreds of thousands of stars. "The first target field is towards the galactic centre. Then the spacecraft will turn towards Orion," says Fridlund.

COROT will be the first extrasolar planet search mission capable of seeing the smaller, rocky worlds; although they will have to be in close orbits around their stars. COROT also opens the way for the future. Two years later, in October 2008, NASA will launch Kepler, a space telescope with a 0.95 metre mirror. Kepler works the same way as COROT, looking for planetary transits, and is expected to find the first Earth-sized planets in similar orbits to our world.

Following Kepler, a new technique will be needed. The problem is that the larger the telescope's mirror, the smaller its field of view becomes. So building a larger telescope to reach fainter stars means restricting the area of sky it looks at. Although seeing fainter stars brings gains, the field of view shrinks, leaving fewer stars in total available.

Claude Catala, Observatoire de Paris-Meudon, amongst others has proposed a method that may solve this problem. Instead of a larger space telescope with a smaller field of view, the new proposal uses hundreds of 10-cm telescopes in parallel.

Each telescope is smaller than most amateur astronomers use on Earth but each has a wide field of view, 30 degrees across. That’s about 60 times the width of the full Moon. Because they are so small, each tiny telescope is incapable of collecting enough light on its own to make a useable image. However, a computer on the proposed spacecraft would combine the faint images recorded by each tiny telescope. This would give enough information to detect transits. Thus, the future of detecting planetary transits may be to launch a spacecraft that contains hundreds of mini-telescopes.

After this, the next big leap in planetary searches is likely to be the isolation of reflected light from a planet. This would allow the planet’s atmosphere to be chemically analysed. In the case of an Earth-like world, the analysis could reveal signs of life. ESA is currently developing the necessary technology to make such a mission possible. They are developing it under the name of Darwin, to be possibly launched after 2020.