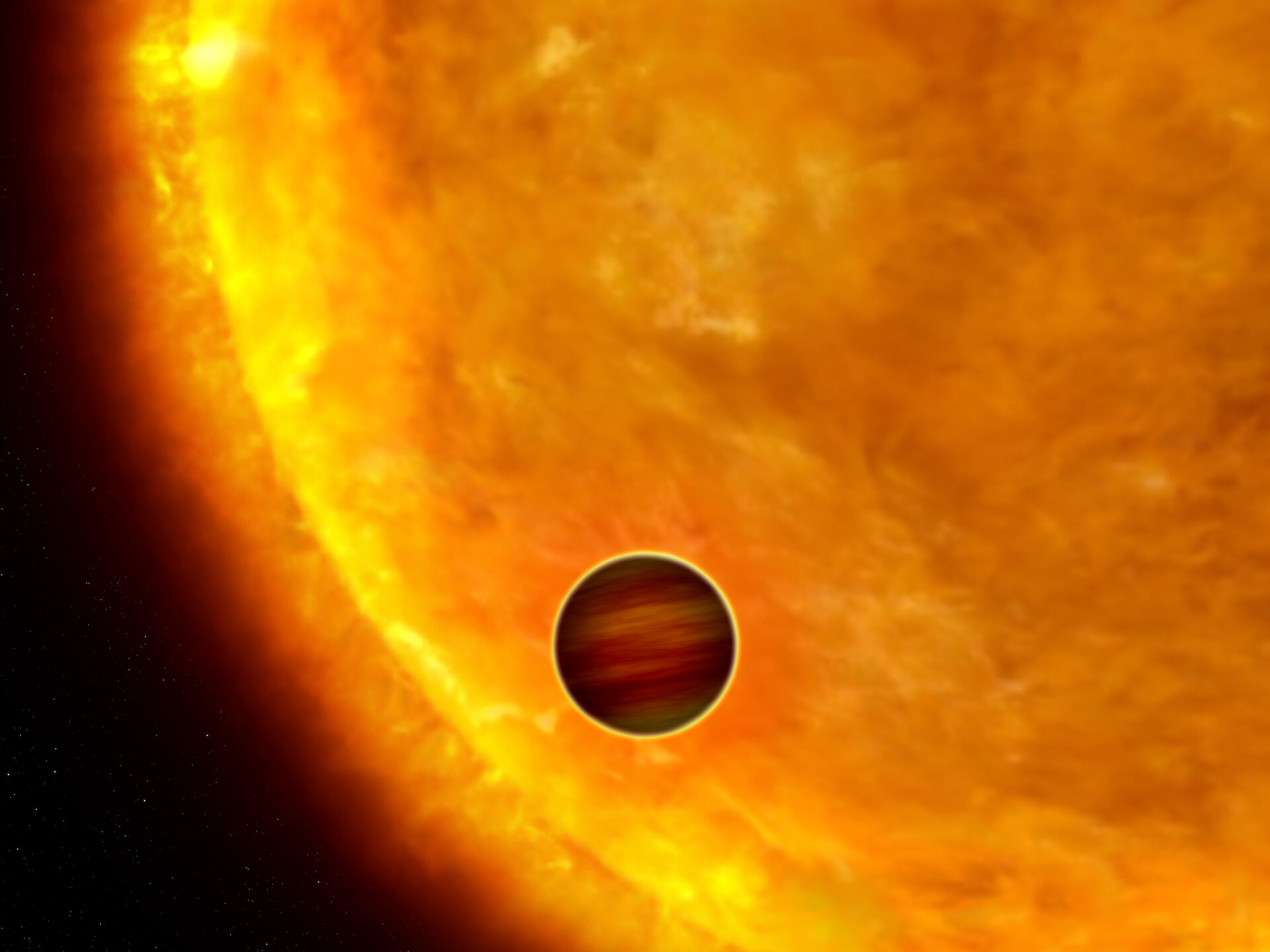 COROT has provided its first image of a giant planet orbiting another star and the first bit of ‘seismic’ information on a far away, Sun-like star, with unexpected accuracy.

The unanticipated level of accuracy of this raw data shows that COROT will be able to see rocky planets - perhaps even as small as Earth - and possibly provide an indication of their chemical composition.

COROT, a CNES project with ESA participation, is a mission with a dual goal. It is the first space mission dedicated entirely to the search of extra-solar planets. It provides a wide-field survey of planets like our own at an unprecedented level of accuracy. It is also making the most comprehensive study ever of the interior of stars other than our Sun. Both objectives are achieved by analysing the behaviour of light emitted by a target star.

An exoplanet is detected by COROT due to a sudden decrease in the intensity of light or the ‘light curve’ of a parent star when a planet transits in front of it.

The study of stellar interiors – or ‘asteroseismology’ – is carried out by analysing the oscillations in the light curve of the star. The oscillations are created due to mechanical waves propagating in the star itself and they give a clue to the structure of its interior.

COROT’s strength lies in the continued observation of the same targets in a given area of the sky. The observations have been on since the science operations began, 60 days ago. Another strong point is the accuracy with which it measures the variations in the luminosity of the star.

The first planet detected by COROT, now named ‘COROT-Exo-1b’, is a very hot gas giant, with a radius equal to 1.78 times that of Jupiter. It orbits a yellow dwarf star similar to our Sun with a period of about 1.5 days. ‘COROT-Exo-1b’ is situated roughly 1500 light years from us, in the direction of the constellation Unicorn (Monoceros). Coordinated spectroscopic observations from the ground have also allowed the determination of the mass of the planet, equivalent to about 1.3 Jupiter masses.

The scientific evaluation of the results that are streaming in will take some time. “The data we are presenting today is still raw but exceptional,” says Malcolm Fridlund, COROT Project Scientist for ESA. “It shows that the on-board systems are working better than expected in some cases - up to ten times the expectation before launch. This will have an enormous impact on the results of the mission.”

All the sources of noise and disturbance have not yet been taken into account in the data. This first exoplanet was detected with an error of only 0.0003 or 0.03% during one hour of observation.

As a consequence, small planets down to the size of our Earth – three times smaller than initially thought possible - will be in the grasp of COROT. The satellite may also be able, in specific circumstances, to detect subtle variations in the stellar light reflected by the planet itself. This would give an indication of its chemical composition.

The quality of the asteroseismological data is equally impressive. Excellent ‘starquake’ data were obtained during the first 60 days of observations, with a margin of error of less than one part per million.

COROT observed a bright Sun-like star continuously for 50 days, showing large, unexpected luminosity variations on time scales of a few days. This may be related to the star’s magnetic activity.

The accuracy of these measurements was truly outstanding: with an error of five parts out of 100 000 in one minute (corresponding to one part per million over four minutes), COROT has already reached the maximum performance for a telescope of its size.

The preliminary analysis of the oscillations in stellar luminosity clearly shows the seismic signature typical of a Sun-like star. This analysis will eventually help scientists understand the star’s internal structure and age.

“COROT, a joint endeavour between France, Europe and Brazil under the leadership of CNES, was certainly born under a lucky star,” concluded Fridlund. “After a perfect launch, and a faster-than-expected start of its science operations, we have been eagerly awaiting its data. Now, having seen its quality, we can expect great discoveries in the future.”

COROT was launched by a Soyuz rocket from the Baikonur cosmodrome in Kazakhstan on 27 December 2006. Settled in its almost-circular polar orbit ranging between 895 and 906 kilometres above the Earth's surface, the spacecraft was powered on on 2 January 2007 and started its science observations on 3 February this year.