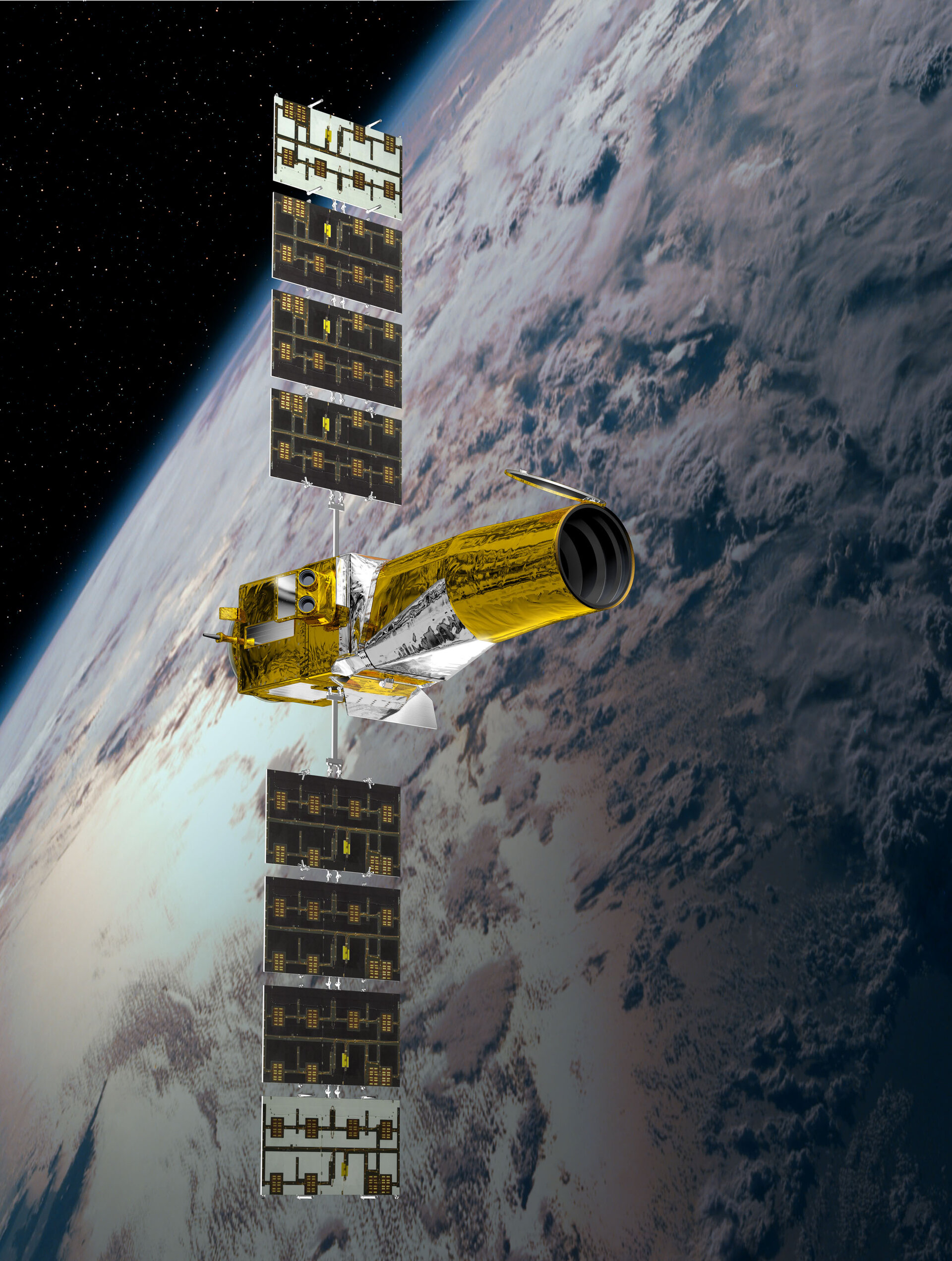 After its launch in December 2006, COROT will be placed by a Soyuz launcher in a polar circular orbit around Earth at an altitude of 896 kilometres. COROT’s planned mission duration will be at least 3 years. In October 2009, the mission was extended until 31 March 2013.

To accomplish its two scientific objectives – the search for extrasolar planets and the probing of stellar interiors – COROT will monitor hundreds of thousands of stars with its 30-centimetre diameter telescope from an advantageous position in space.

In fact, from the ground, the only planets detected around other stars have been giant gaseous worlds (Jupiter-like planets), over 10 times the mass of the Earth. Free from the distorting effects of the atmosphere, COROT will be the first spacecraft also capable of finding smaller worlds made of rocks.

COROT's orbit will allow for continuous observation of two large regions in opposite directions of the sky for more than 150 days each. Within each region there are many selected star fields that will be monitored in turn.

The reason for looking in opposite directions is that, because of the Earth's movement around the Sun, the sun's rays start to interfere with the observations after 150 days. COROT then rotates by 180 degrees and starts observing the other region. The first target field is towards Orion, then the spacecraft will turn towards the centre of our Galaxy, the Milky Way.

So, twice a year, when the Sun gets closer to the orbital plane and is about to blind the telescope, the spacecraft performs a reversal attitude manoeuvre, dividing the year into two 6-month periods of observation (by convention, summer and winter).

The right ascension of COROT’s orbital plane (12.5 degrees) has been chosen after a preparatory ground-based observation campaign: COROT will look in the sky at 6:50 in winter and 18:50 in summer.

Thanks to the baffle efficiency, it is possible to observe close to the Earth's limb and thus orientate the satellite inside a 10-degree radius cone. When projected onto the sky, this cone draws two 'eyes' for COROT, where stellar fields will be selected for observations.

A slight orbital drift (by a housekeeping manoeuvre of inclination change) will make it possible to broaden the viewing zone and place the observed stellar fields closer to the centre of the eye, where the level of stray-light is the lowest. The instrument performance is thus optimized.

Seen from the satellite, the movement of the Sun is a rotation of one degree every day. To guarantee a sufficient level of battery charge, the solar wings are rotated every 14 days.