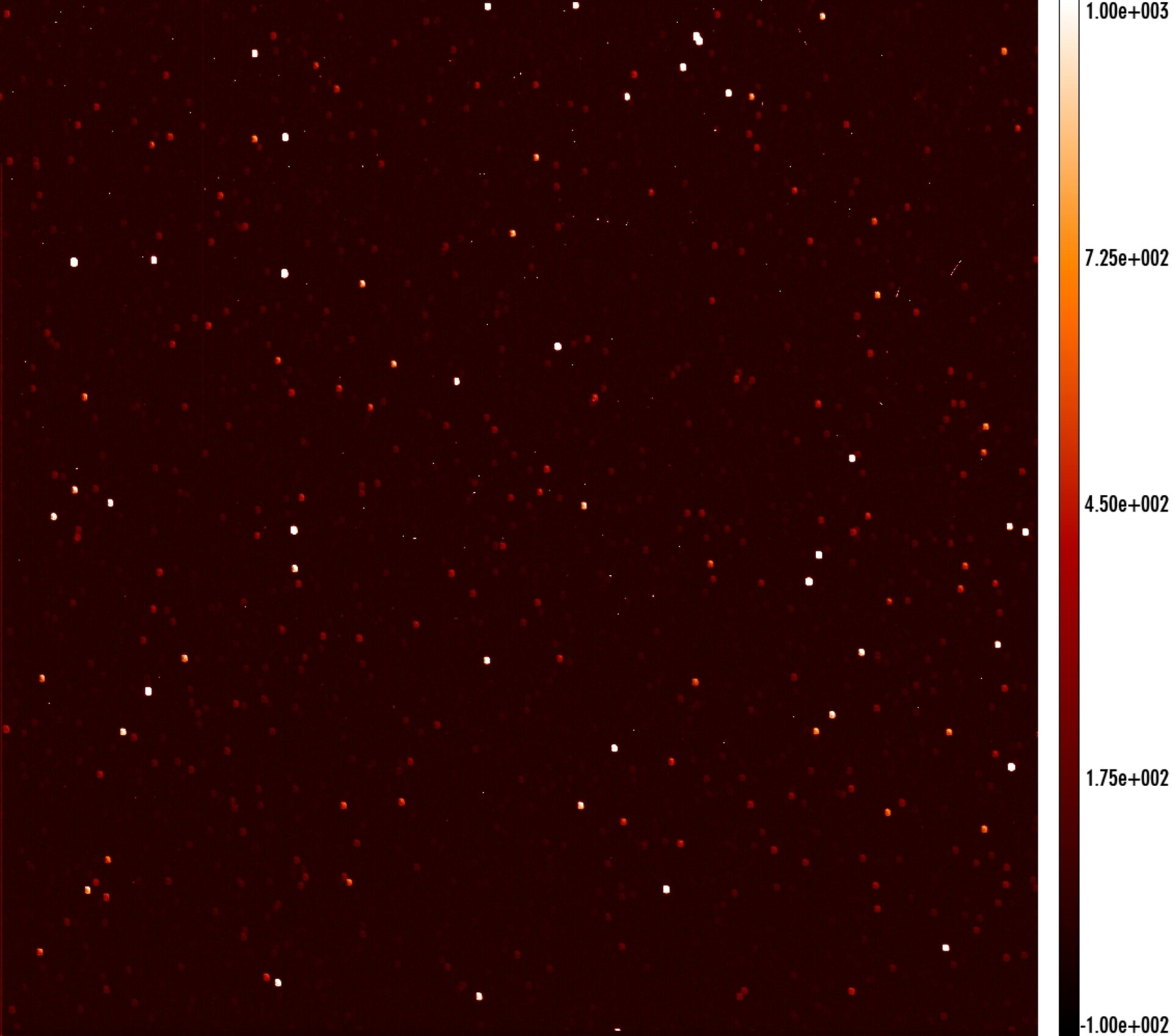 In the night between 17 and 18 January 2007, the protective cover of the COROT telescope has been successfully opened, and COROT has seen for the first time light coming from stars.

Surveying vast stellar fields to learn about star interiors and to search for extra-solar planets is the goal of this unique mission, whose scientific observations will officially start at the beginning of February this year.

The first light detected by COROT comes from the constellation of the Unicorn near Orion, the great 'hunter' whose imposing silhouette stands out in the winter nights. This nice image, taken during the in-orbit calibration exercise, shows that the quality of this preliminary data is basically as good as the computer simulations. "This is an excellent piece of news," commented Malcolm Fridlund, ESA Project Scientist for COROT.

On 18 January, the telescope was carefully aligned with the region to be observed, facing away from the centre of our Galaxy. This setting that will be maintained until April, when the Sun's rays will start to interfere with the observations.

COROT will then rotate by 180 degrees and will start observing the opposite region towards the centre of the Milky Way. In the meantime the COROT scientists are preparing for the science phase to start in February, continuing a thorough examination of the data and the information collected so far.

COROT was set in space by a Soyuz rocket after a text-book launch from the Baikonur cosmodrome in Kazakhstan on 27 December 2006. Settled in its almost-circular polar orbit ranging between 895 and 906 kilometres altitude over the Earth's surface, the spacecraft was powered on 2 January 2007, and has begun its calibration exercise, still on going.

Major steps of this testing phase have been the test of the COROT four thrusters's nozzles, necessary to precisely orient the spacecraft in space, and the calibration of the light sensors. The sensor calibration process, which paradoxally must take place in total darkness, is designed to check the detector arrays pixel by pixel. For a given amount of light, a pixel doesn't generate exactly the same amount of current as its neighbours, so these individual responses must be taken into account when applying corrections to the scientific data to come.