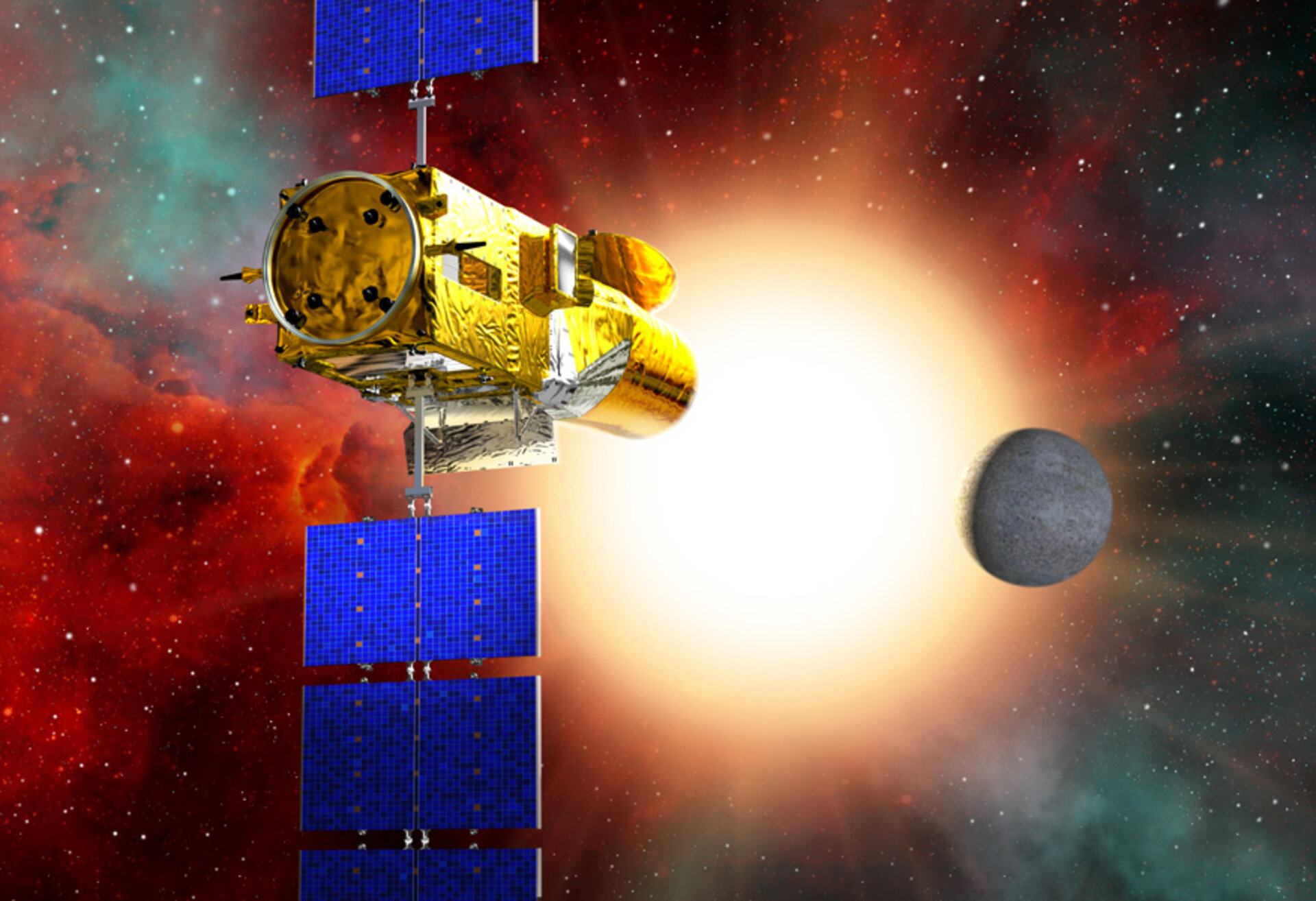 ESA PR 47-2006. On 27 December, COROT is to be launched into space on a unique astronomy mission: its twin goals are to detect exoplanets orbiting around other stars and to probe the mysteries of stellar interiors as never before. COROT is a French national space agency (CNES)-led mission to which the European Space Agency and European partners are adding a particularly strong international flavour.

While CNES is completing preparations for the launch from Baikonur/Kazakhstan, ESA and a large number of European scientists involved in the mission are eagerly awaiting this event and the first scientific results to come through.

COROT stands for ‘Convection Rotation and planetary Transits’. The name describes the mission’s scientific goals. ‘Convection and rotation’ refer to the satellite’s capability to probe stellar interiors, studying the acoustic waves that ripple across the surface of stars, a technique called asteroseismology. ‘Transit’ refers to the technique whereby the presence of a planet orbiting a star can be inferred from the dimming starlight caused when the planet passes in front of it. To achieve its twin scientific objectives, COROT will monitor some 120,000 stars with its 30-centimetre telescope.

COROT will lead a bold new search for planets around other stars. In the decade since the first discovery in 1995 of an exoplanet (51 Pegasi b), more than 200 other such planets outside our solar system have been detected using ground-based observatories. The COROT space telescope promises to find many more during its two-and-a-half-year mission, expanding the frontiers of our knowledge towards ever-smaller planets.

Many of the planets COROT will detect are expected to be 'hot Jupiters', gaseous worlds. An unknown percentage of those detected are expected to be rocky planets, maybe just a few times larger than the Earth (or smaller, even). If COROT finds such planets, they will constitute a new class of planet altogether.

While it is looking at a star, COROT will also be able to detect 'starquakes', acoustic waves generated deep inside a star that send ripples across its surface, altering its brightness. The exact nature of the ripples allows astronomers to calculate the star's precise mass, age and chemical composition.

The COROT mission was first proposed by CNES back in 1996. A call for potential European partners was issued in 1999. CNES gave the green light to build the spacecraft in 2000 and is now leading the mission. Its international partners are ESA, Austria, Belgium, Germany, Spain and Brazil.

CNES is responsible for the overall system and for the launch contract with Franco-Russian company Starsem, which is providing the Soyuz launch service.

The contributions of the other international partners range from the provision of hardware items to ground stations, complementary ground-based observation of targets to be studied by COROT and analysis of the scientific data to come.

ESA is playing a crucial role in the mission. It has contributed the optics for the telescope positioned at the heart of the spacecraft and has carried out payload testing. The telescope's baffle was developed by a team at ESA's technical centre ESTEC. ESA has also provided the onboard data processing units. And under this truly collaborative effort, a number of scientists from various European countries - Denmark, Switzerland, the United Kingdom and Portugal - have been selected as Co-Investigators following open competition. As a result of ESA's participation, scientists from its Member States will also be given access to COROT data.

For additional information about COROT, you can also visit: COROT at ESA: www.esa.int/SPECIALS/COROT
and
COROT at CNES: http://www.cnes.fr/corot_en/