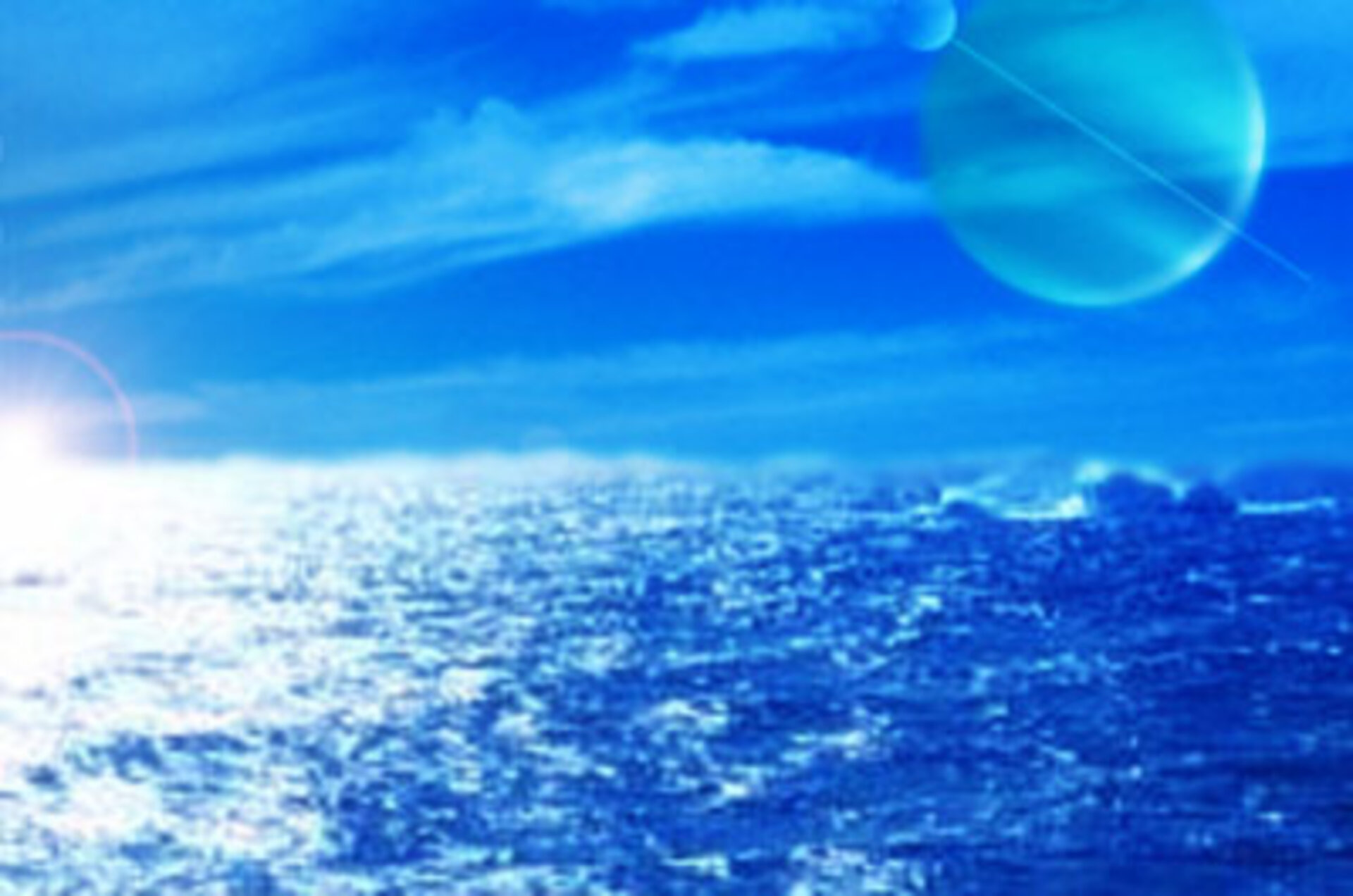 Science fiction writers and movie-makers have imagined a world completely covered by an ocean, but what if one really existed? Would such a world support life, and what would this life be like?

ESA could make science fiction become science fact when it finds such a world, if the predictions of a group of European astronomers are correct. The ESA mission Eddington, which is now in development, could be the key.

At the recent ESA co-sponsored 'Towards Other Earths' conference, nearly 250 of the world's leading experts in planet detection discussed the strategy for finding Earth-like worlds. Alain Léger and colleagues of the Institut d'Astrophysique Spatiale, France, described a new class of planets that could be awaiting discovery: 'waterworlds'.

According to Léger and his colleagues, these waterworlds would contain about six times the mass of Earth, in a sphere twice as wide as our planet. They would possess atmospheres and orbit their parent star at roughly the same distance that the Earth is from the Sun. Most excitingly, an ocean of water entirely covers each world and extends over 25 times deeper than the average depth of the oceans on Earth.

According to calculations, the internal structure of a waterworld would consist of a metallic core with a radius of about 4000 kilometres. Then there would be a rocky mantle region extending to a height of 3500 kilometres above the core’s surface, covered by a second mantle made of ice up to 5000 kilometres thick. Finally, an ocean blankets the entire world to a depth of 100 kilometres, with an atmosphere on top of this.

With twice the radius of the Earth, they will be easily spotted by the Eddington spacecraft, which is designed to detect planets down to half the size of the Earth. "A waterworld passing in front of a star, somewhat cooler than the Sun, will cause a dimming in the stellar light by almost one part in a thousand. That's almost ten times larger than the smallest variation Eddington is designed to detect. So, waterworlds – if they exist – will be a very easy catch for Eddington," says Fabio Favata, ESA’s Eddington Project Scientist.

The CNES/ESA mission Corot, which is a smaller, precursor mission to Eddington due for launch around 2005, may also be just able to glimpse them, if they are close enough to their parent stars.

Scientists are now asking if such worlds could support life, and what would it be like, especially since water is a prime ingredient for life on Earth. While waterworlds seem to have everything to sustain life, there is a big question mark over whether they could actually allow it to start in the first place.

One of the leading theories for life's origin in deep oceans is that it requires hot springs on the ocean floor, heated by volcanic activity like the 'black smokers' found here on Earth. On a waterworld however, 5000 kilometres of ice separate the ocean floor from any possible smokers. On the other hand, a water-surface origin may still be possible.

Perhaps the only way to know if anything lives on a waterworld will be to study them with ESA's habitable-planet-finding mission, Darwin. When it launches in around 2014, this flotilla of spacecraft will look for tell-tale signs of life in the atmospheres of any planets, including waterworlds.