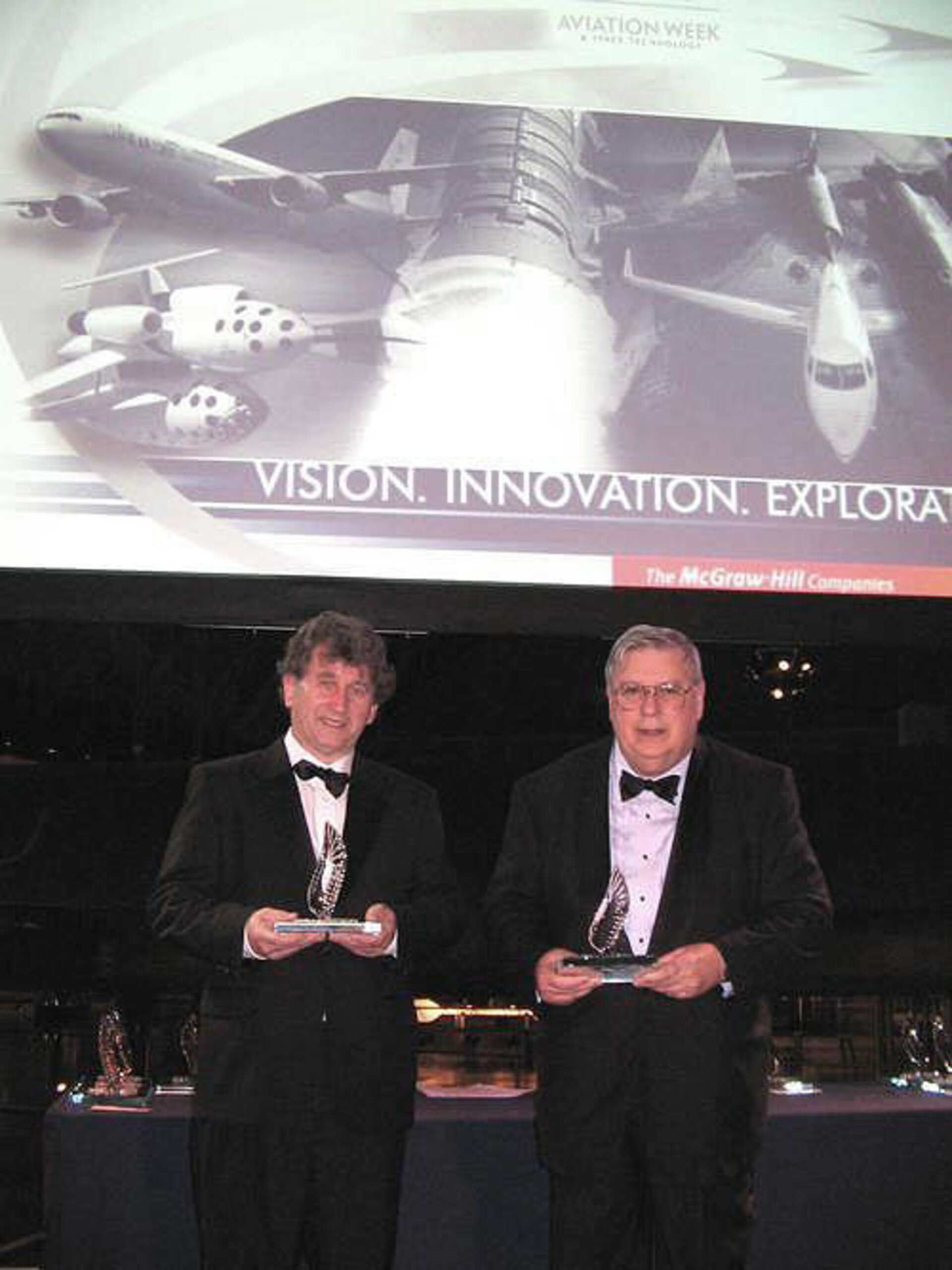 The Cassini-Huygens mission team, which has captured the most detailed views ever of Saturn and its myriad of moons, was honoured with an Aerospace Laurel award by the editors of Aviation Week & Space Technology magazine.

Aviation Week presented the award for the successful landing of the European Space Agency's Huygens probe on Saturn's moon Titan, and for the science return and inspiring images from NASA's Cassini orbiter, which will continue sending back data for many years.

According to the Aviation Week magazine citation, "Dennis Matson, the Project Scientist at NASA's Jet Propulsion Laboratory, and Jean-Pierre Lebreton, the European Space Agency's Project Scientist and Mission Manager, have strived since the beginning to create, protect and operate the Cassini-Huygens mission, and are good representatives of the larger team that made this two-decade international project possible." The award was presented on 7 April 2006 in Washington D.C., USA.

Cassini-Huygens was launched on 15 October 1997. Cassini arrived at Saturn in July 2004, and embarked on a science-packed expedition of the ringed planet and its dozens of moons, including Titan. The Huygens probe hitched a ride on Cassini during the journey covering 3.5 billion kilometres (2.2 billion miles). The probe descended through Titan's dense, murky atmosphere to reveal a whole new world with Earth-like processes. Cassini recently made a remarkable discovery at another moon of Saturn, snowy Enceladus, discovering gigantic geysers of ice particles spewing into space from a warm interior.