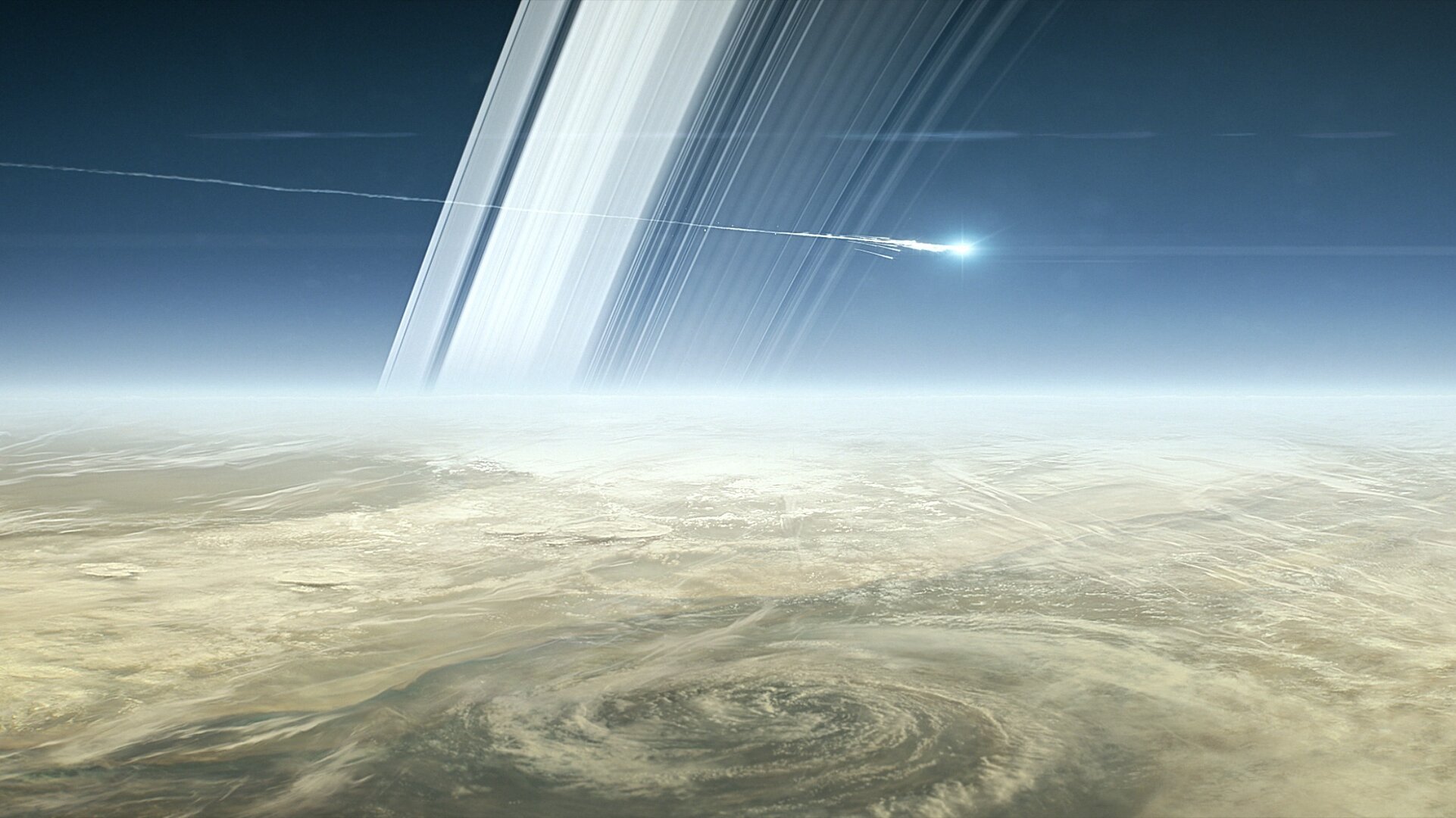 The international Cassini mission has concluded its remarkable exploration of the Saturnian system in spectacular style, by plunging into the gas planet’s atmosphere.

Confirmation of the end of mission arrived at NASA’s Jet Propulsion Laboratory at 11:55 GMT/13:55 CEST with the loss of the spacecraft’s signal having occurred 83 minutes earlier at Saturn, some 1.4 billion km from Earth.

With the rocket propellant for manoeuvering the spacecraft fully expended as planned touring Saturn and its moons for the last 13 years, the mission concluded with the intentional plunge into the gas planet. This ensures that Saturn’s icy moons, in particular ocean-bearing Enceladus, do not risk being contaminated by microbes that might have remained on board the spacecraft from Earth, and are left pristine for future exploration.

Cassini spent the last five months diving between Saturn’s rings and atmosphere in a series of 22 grand finale orbits culminating in a final farewell to Titan on Monday, which set it on course for Saturn.

Atmospheric entry began about a minute before loss of signal, and the spacecraft sent scientific data in near real-time until its antenna could no longer point towards Earth. Its last images were sent yesterday, before the final plunge, and during its final moments it made the deepest ever measurements of the plasma density, magnetic field, temperatures and atmospheric composition in Saturn's atmosphere.

“Cassini has been revolutionising our views of the Saturn system since the moment it arrived, and for 13 incredible years right until the very end today,” says Alvaro Giménez, ESA’s Director of Science.

“This mission has changed the way we view ocean-worlds in the Solar System, offering tantalising hints of places which could offer potentially habitable environments, with Titan giving us a planet-sized laboratory to study processes that may even be relevant to the origin of life on Earth.”

Launched on 15 October 1997 and arriving in Saturn’s orbit on 30 June 2004 (PDT), Cassini carried ESA’s Huygens probe that landed on Titan on 14 January 2005. During its two and half hour descent it revealed the surface that had been previously been hidden by the moon’s thick hazy atmosphere, showing a world with eerily Earth-like landscapes.

Cassini would continue to make exciting discoveries at Titan from orbit, with its radar finding lakes and seas filled with methane and other hydrocarbons, making it the only other known place in our Solar System with a stable liquid on its surface. In the moon’s atmosphere Cassini detected numerous complex organic molecules, some of which are considered building blocks of life on Earth.

Saturn’s moons continued to surprise, with one of the major discoveries of the entire mission the detection of icy plumes erupting from fissures in the southern hemisphere of Enceladus. Later discoveries would indicate hydrothermal activity at the bottom of a sea floor, hinting at this world as one of the most promising places to search for life beyond Earth.

The mission also showcased the unique characteristics of Saturn’s many other moons, from Iapetus and its equatorial ridge to Hyperion, which looks like a giant sponge, and from ravioli-shaped Pan, to Mimas, which resembles the Death Star from Star Wars.

Many of Cassini’s discoveries can be attributed to the longevity of the mission, which included two mission extensions, allowing the spacecraft to cover half of Saturn’s seasonal cycle.

First, a two-year extension was granted to observe changes as Saturn reached equinox, when the Sun shone edge-on to the rings. Subsequently, an additional seven years was given to follow up on earlier discoveries at Enceladus and Titan, and watch as summer sunlight fell on to the northern hemisphere of Saturn and its moons while winter darkness moved in on the south.

This long-term monitoring allowed scientists to watch seasonal changes, including how weather patterns in Saturn’s dynamic atmosphere evolved, and revealing the long-lived north polar vortex inside a hexagon-shaped jet stream. Cassini also watched how Titan’s hydrocarbon cycle evolved with the seasons, its clouds raining methane onto the surface.

The extended mission time was also crucial to track the evolution of small-scale dynamical features in the rings, like the ‘propellers’, disturbances in the rings created by moonlets. Over time the ‘spokes’ in Saturn’s rings – features that rotate along with the rings like the spokes in a wheel – appeared and disappeared with the seasons. And at equinox, the exquisite detail of the vertical structures in the rings, driven by gravitational perturbations of nearby moons, was revealed.

“The mission has inspired us with awe-inspiring images, including those humbling views looking across more than a billion kilometres of space back to the tiny blue dot of our home planet. While it is certainly sad when a mission ends, it is also a time to celebrate this pioneering journey, which leaves a rich scientific and engineering legacy to pave the way for future missions.”

Mission planners already have the next generation of ocean-world explorers lined up, although this time it’s Jupiter that will get the limelight. ESA is preparing to launch the Jupiter Icy Moons Orbiter, Juice, in 2022, with a key focus on the habitability potential of the large ocean-bearing satellites Europa, Ganymede and Callisto, while NASA is planning the Europa Clipper mission for dedicated flybys of that icy moon.

Notes for Editors:
The Cassini-Huygens mission is a cooperative project of NASA, ESA and the Italian Space Agency.