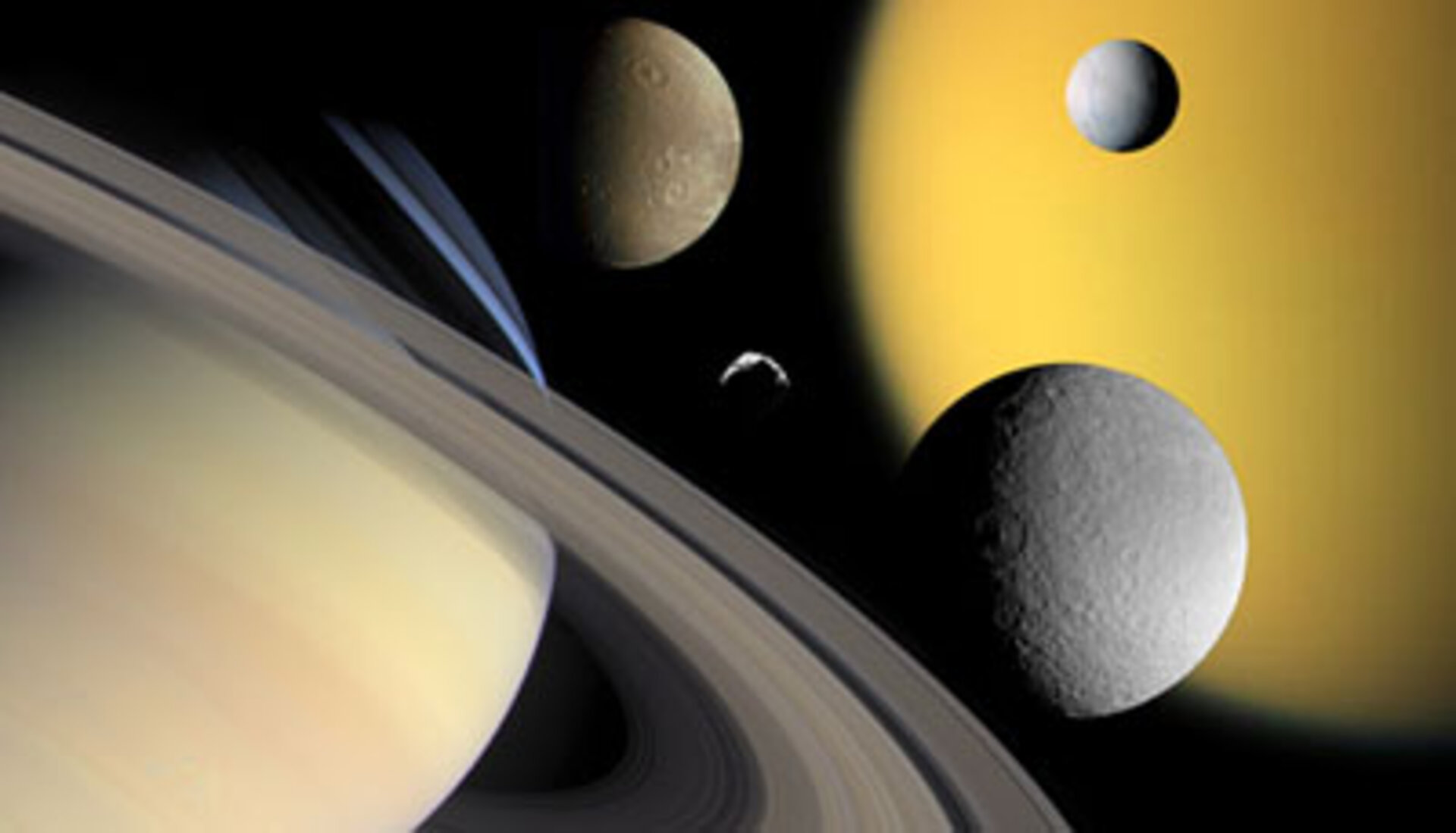 The operations of the Cassini spacecraft, part of the international NASA/ ESA/ ASI Cassini-Huygens mission, have been extended by NASA by two years. The historic mission’s stunning discoveries and images have revolutionised our knowledge of Saturn and its moons.

Cassini's mission was originally scheduled to end in July 2008. The newly-announced two-year extension will include 60 additional orbits of Saturn and more flybys of its exotic moons. These will include 26 flybys of Titan, seven of Enceladus, and one each of Dione, Rhea and Helene. The extension also includes studies of Saturn's rings, its complex magnetosphere, and the planet itself.

"This extension is not only exciting for the science community, but for the world to continue to share in unlocking Saturn's secrets," said Jim Green, director, Planetary Science Division, NASA Headquarters, Washington. "New discoveries are the hallmarks of its success, along with the breathtaking images beamed back to Earth that are simply mesmerising."

"The spacecraft is performing exceptionally well and the team is highly motivated, so we're excited at the prospect of another two years," said Bob Mitchell, Cassini program manager at NASA's Jet Propulsion Laboratory (JPL) in California, USA.

Based on findings from Cassini, scientists think liquid water may be just beneath the surface of Saturn's moon, Enceladus. That's why the small moon, only one-tenth the size of Titan and one-seventh the size of Earth's moon, is one of the highest-priority targets for the extended mission.

Cassini discovered geysers of water-ice jetting from the Enceladus surface. The geysers, which shoot out at a distance three times the diameter of Enceladus, feed particles into Saturn's most expansive ring. In the extended mission, the spacecraft may come as close as about 24 km from the moon's surface.

Cassini's observations of Saturn's largest moon, Titan, have given scientists a glimpse of what Earth might have been like before life evolved. They now believe Titan possesses many parallels to Earth including lakes, rivers, channels, dunes, rain, snow, clouds, mountains and possibly volcanoes.

"When we designed the original tour, we really did not know what we would find, especially at Enceladus and Titan," said Dennis Matson, the JPL Cassini project scientist. "This extended tour is responding to these new discoveries and giving us a chance to look for more."

Unlike Earth, Titan's lakes, rivers and rain are composed of methane and ethane, and temperatures reach about -179º C. Although Titan's dense atmosphere limits viewing the surface, Cassini's high-resolution radar coverage and imaging by the infrared spectrometer have given scientists a better look.

Other activities for Cassini scientists will include monitoring seasons on Titan and Saturn, observing unique ring events, such as the 2009 equinox when the sun will be in the plane of the rings, and exploring new places within Saturn's magnetosphere.

Cassini has returned a daily stream of data from Saturn's system for almost four years. Its travel scrapbook includes nearly 140 000 images and information gathered during 62 revolutions around Saturn, 43 flybys of Titan and 12 close flybys of the icy moons.

More than 10 years after launch and almost four years after entering into orbit around Saturn, Cassini is a healthy and robust spacecraft. Three of its science instruments have minor ailments, but the impact on science-gathering is minimal. The spacecraft will have enough propellant left after the extended mission to potentially allow a third phase of operations. Data from the extended mission could lay the groundwork for possible new missions to Titan and Enceladus.

Cassini launched 15 October 1997 from Cape Canaveral, Florida, USA, on a seven-year journey to Saturn, traversing 2.2 thousand million miles. It is one of the most scientifically capable spacecraft ever launched, with a record 12 instruments on the orbiter and six more instruments on the ESA's Huygens probe, which piggybacked a ride to Titan on Cassini. Cassini receives electrical power from three radioisotope thermoelectric generators, which generate electricity from heat produced by the natural decay of plutonium. The spacecraft was captured into Saturn orbit in June 2004 and immediately began returning data to Earth.

The Cassini orbiter was designed, developed and assembled at JPL. ESA developed the Huygens lander, while ASI managed the development of the high-gain antenna and other instruments of its participation.