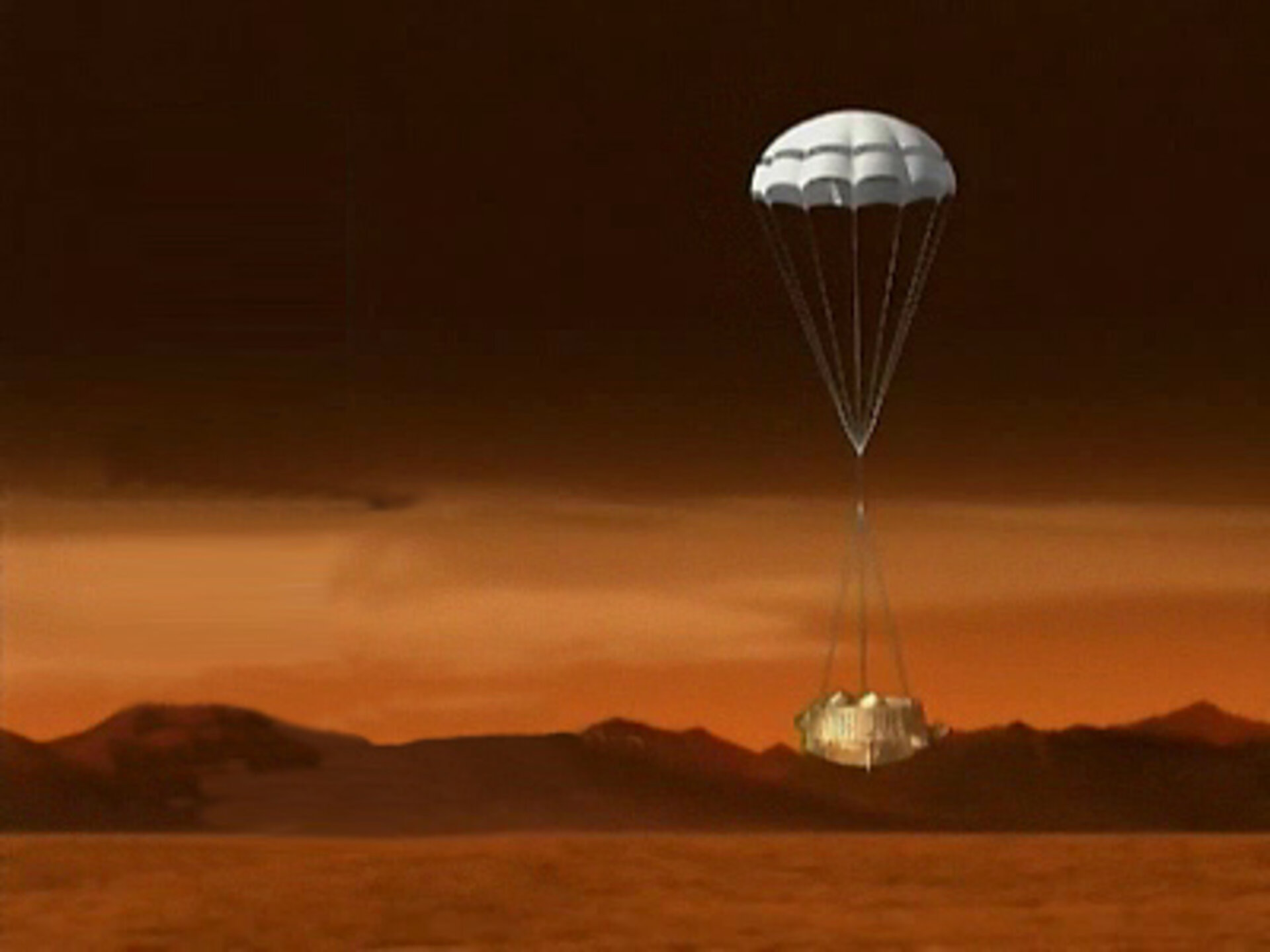 The Cassini spacecraft, using its radar system, has discovered very strong evidence for hydrocarbon lakes on Titan. Dark patches, which resemble terrestrial lakes, seem to be sprinkled all over the high latitudes surrounding Titan's north pole.

Jean-Pierre Lebreton, Huygens Project scientist, is very enthusiastic about the discovery. "This is a fascinating observation. My dream of alien liquid bodies appearing in Cassini's eyes after we'd missed them with Huygens has finally come true. Huygens most likely landed on a dry lake; its bottom was wet from methane, but there was no real splash! In effect, the Huygens probe design would have permitted it to survive, at least for a few minutes, a landing on liquid matter. Based on this new evidence, future missions to Titan will most likely consider landing in a liquid place as well."

The complete Nasa release can be found here.