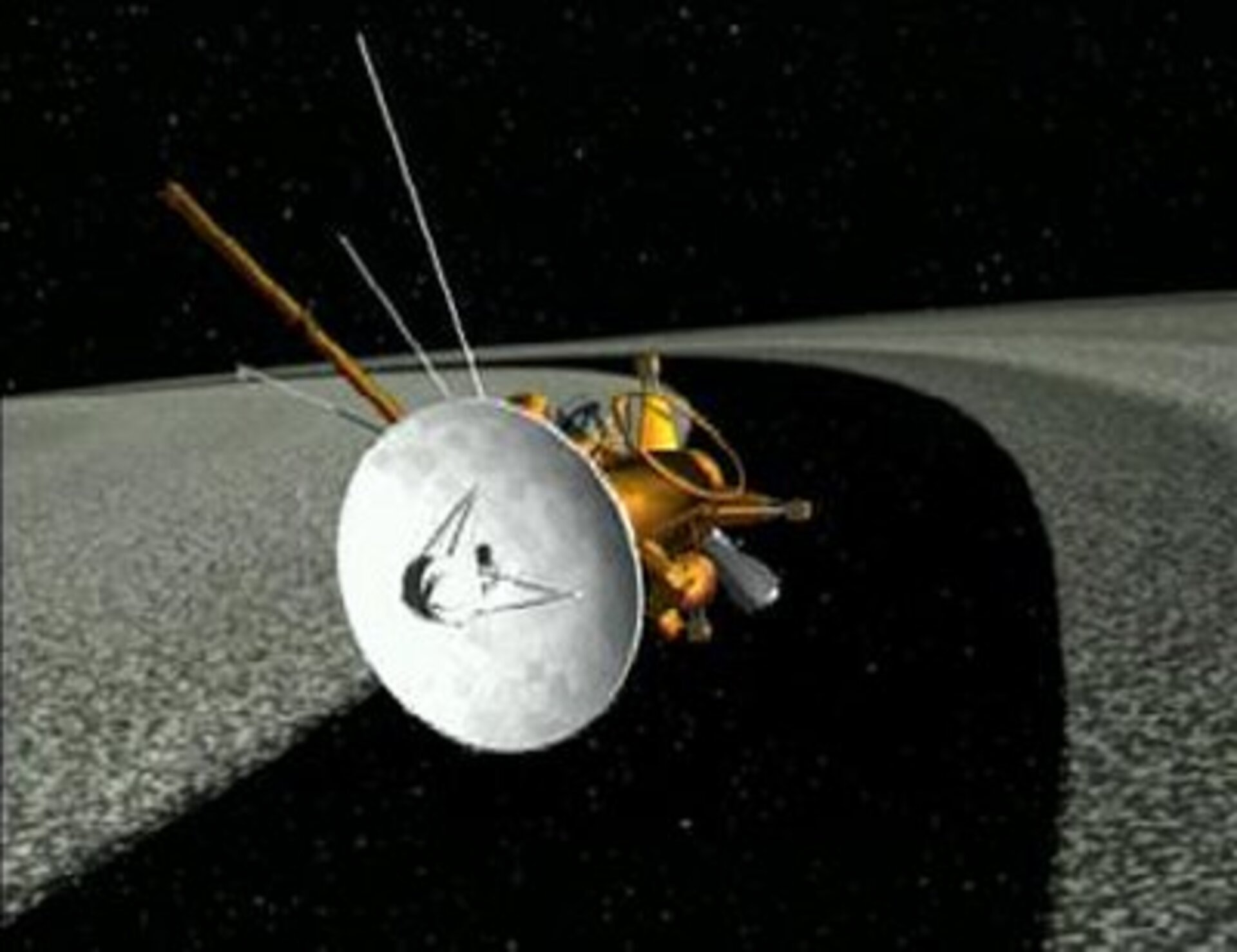 When the NASA/ESA/ASI Cassini-Huygens spacecraft reached Saturn on 1 July, it rushed up through a gap in Saturn's rings on its way around the planet, and then did it again on the way down.

This double ring crossing was part of the manoeuvre required to put Cassini-Huygens into orbit.

Although the ring gaps appeared empty, they were not. Millions of dust particles were waiting for Cassini-Huygens, and the spacecraft ploughed through them at a relative speed of about 20 kilometres a second. That's about 70 000 kilometres per hour!

The Radio and Plasma Wave Science (RPWS) instrument on Cassini-Huygens measured little puffs of plasma produced by dust impacts. While crossing the plane of Saturn's rings, the instrument detected up to 680 dust hits per second, or roughly 100 000 hits in less than five minutes.

Scientists at University of Iowa, where the RPWS was designed, converted these impacts into audible sounds that resemble hail hitting a tin roof.

Fortunately the particles were small, comparable in size to particles in cigarette smoke, and most of the hits were confined to the spacecraft's high-gain antenna which was turned to face the direction of travel, like an umbrella.

No damage was done, and the spacecraft reported no unusual activity due to the hits, successfully going into orbit around Saturn on 1 July, but the sounds produced are exciting! You can listen to the sound of passing through the ring dust by clicking here.