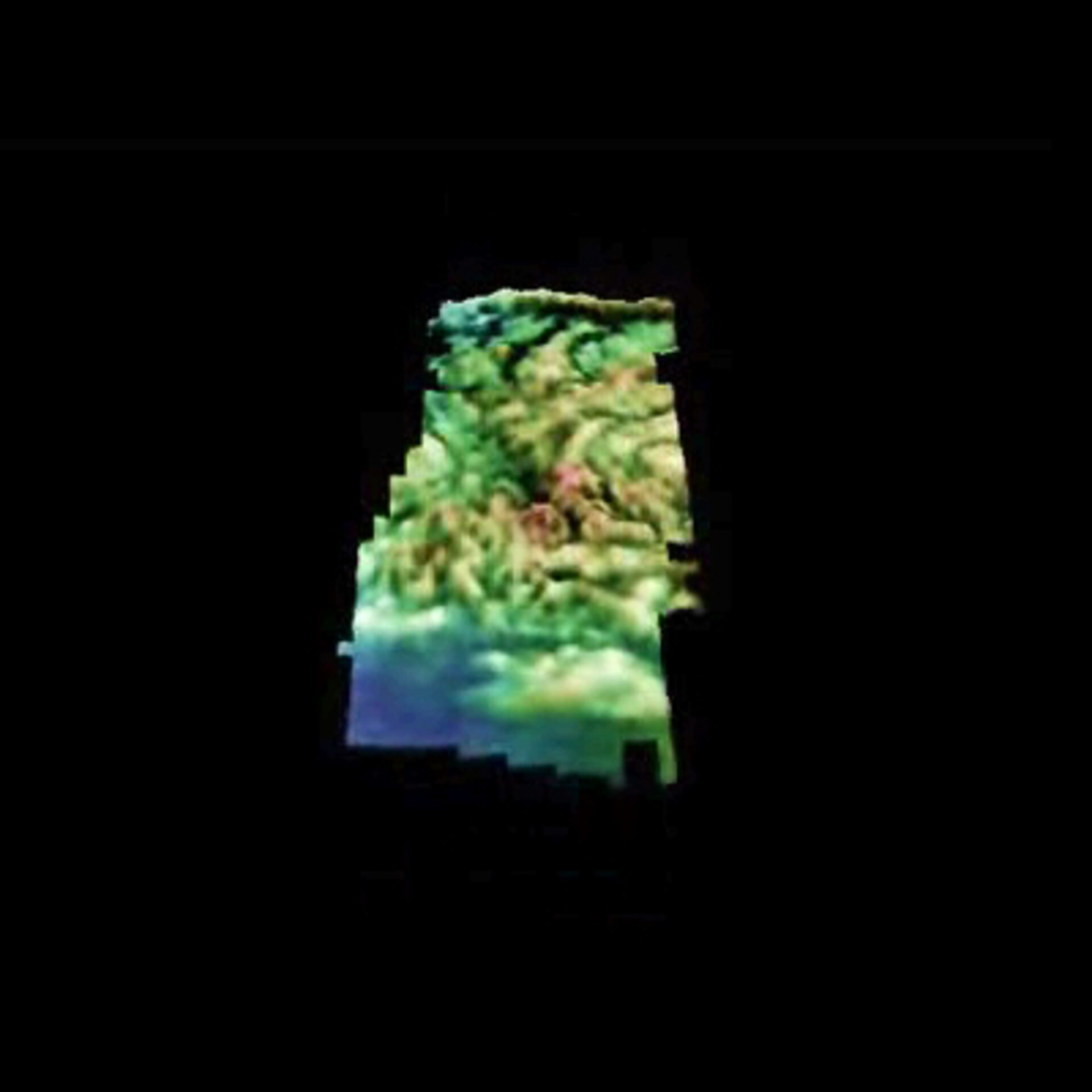 Huygens probe scientists have produced this colour-coded animation which displays the heights of the highland terrain cut by dendritic channels near the Huygens landing site.

Although Huygens landed on Titan's surface on 14 January 2005, the data collected during its descent is still being processed, and more new views of this fascinating world are becoming available.

Further processing of the images and data returned from the Descent Imager Spectral Radiometer (DISR) instrument on Huygens has allowed scientists to produce a colour-coded stereo animated model of topography near the probe’s landing site.

The region pictured is approximately 1.5 by 3.5 kilometres and displays a maximum relative relief, or difference in heights, of between 150 and 200 metres. The blue and green areas are the lowest, with orange and red denoting the highest areas.

The members of the Huygens DISR instrument team are based throughout the USA and Europe, with the largest contributing groups from the University of Arizona, USA, the Max Planck Institute, Germany, and the Paris Observatory, Meudon, France.