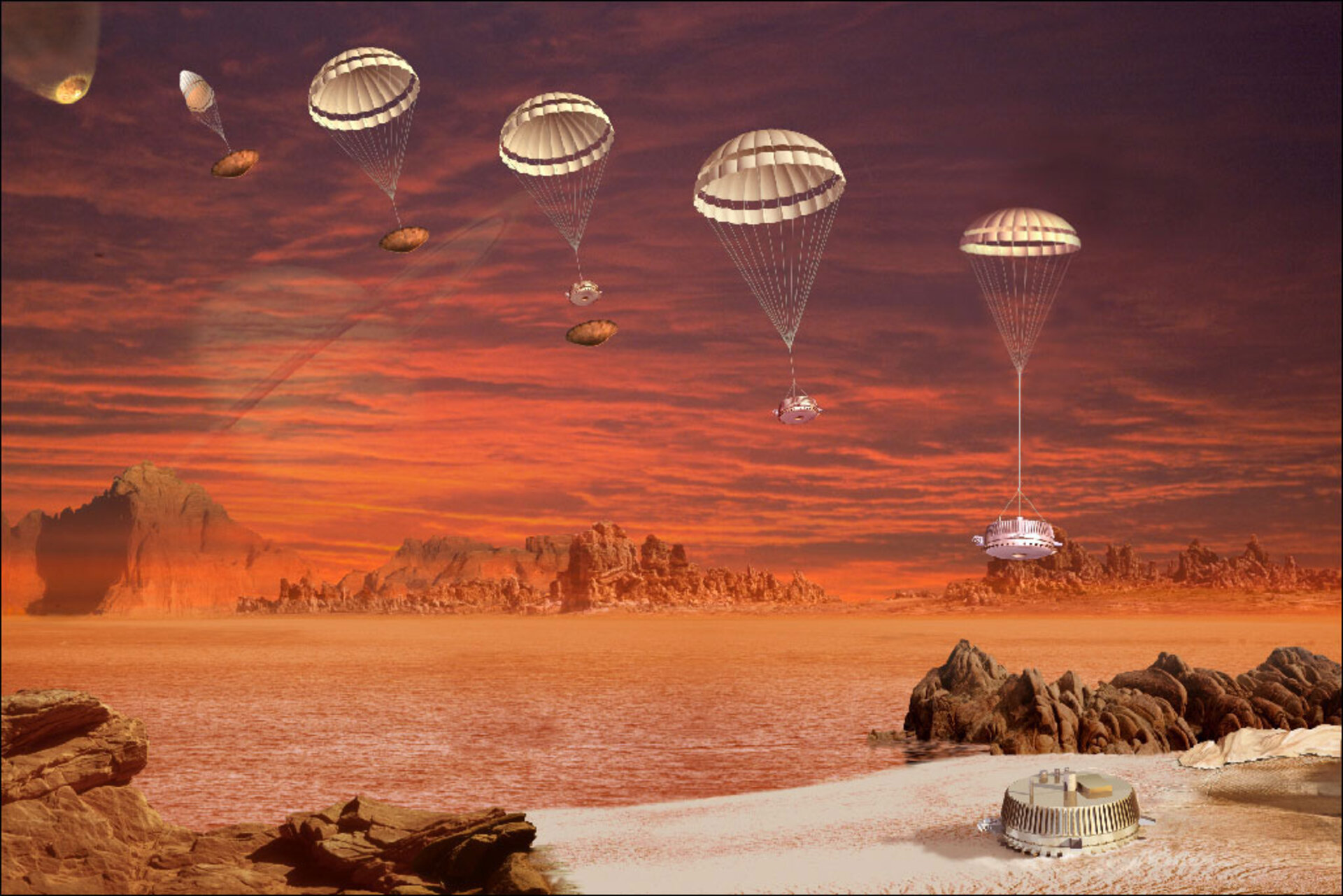 Scientists now know exactly how Huygens made its way to the surface of Titan. The trajectory reconstruction is the culmination of two years of effort and is particularly valuable for a correct interpretation of the observations from all six scientific investigations on board.

It is the culmination of eight years of preparatory work and two years of data analysis by the Huygens Descent Trajectory Working Group.

In any space mission, it is the science data that attracts the most attention. Yet without a precise reconstruction of the path taken by Huygens to reach the surface of Titan, scientists would struggle to put this data into context.

Huygens had an internal clock that time-stamped every measurement that the probe took. “It is crucial to be able to correlate any data measurement to the altitude and speed the spacecraft had at the time of measurement. This is the ultimate goal of the trajectory reconstruction effort,” says Bobby Kazeminejad, co-chair of the Huygens Descent Trajectory Working Group, now working at the German Space Operations Centre (DLR).

The second phase was the descent phase under the parachute, which overlapped the first phase by starting at an altitude of 145 kilometres and lasted until Huygens landed on Titan’s surface. As soon as the parachute opened, the influence of the wind could clearly be seen. The team split the probe’s movement into two components: vertical and horizontal. The vertical movement was dominated by Titan's gravity, pulling the probe downwards against the resistance of the parachute system. The horizontal movement was determined by the wind blowing it sideways.

The team combined temperature and pressure measurements from the Huygens Atmosphere Structure Instrument (HASI) with other measurements from the Surface Science Package (SSP), the Gas Chromatograph and Mass Spectrometer (GCMS), Descent Imager/Spectral Radiometer (DISR) and the Doppler Wind Experiment (DWE) to arrive at their trajectory.

The final phase was the merging of the two reconstructions, using the 145 – 100 - kilometre overlap.

The full results of this effort by Kazeminejad and his colleagues are reported in the special issue of Planetary and Space Science, devoted to the Huygens mission. In the same issue David Atkinson, chair of the Huygens Descent Trajectory Working Group, University of Idaho, explains the organization and structure of the team.

In addition Erich Karkoschka, University of Arizona, and colleagues report that DISR shows the probe drifted two degrees north of east, while dropping from 145 to 50 kilometres. Between altitudes of 30 and 20 kilometres, it turned five degrees south before resuming its eastward motion. At 6.5 kilometres altitude, it reversed to a west-northwest direction before turning back to a southeast drift at 0.7 kilometres.

Apart from making Huygens drift, the wind also caused the probe to tilt. By analysing the signal strength of the radio link between Huygens and Cassini, a team led by Yvonne Dzierma, Universität Bonn, estimate the probe’s spin, tilt and coning motion during the descent.

Ralph Lorenz, Johns Hopkins University Applied Physics Lab, Maryland, and his colleagues show that the SSP detected similar motions, and revealed a turbulent atmospheric layer between 20 and 30 kilometres. By comparing the motions in this layer with those recorded on terrestrial balloons, Lorenz and his colleagues suggest that the turbulence may have been associated with clouds.

Another report by Lorenz indicates that the density and temperature structure of the atmosphere can be corroborated using data from the engineering sensors on Huygens.

The success of this effort is particularly significant because the combination of Titan’s dense and cold atmosphere, together with the operational challenges posed by the satellite’s enormous distance from Earth, makes the Huygens trajectory reconstruction unique. “We realised that we could not always apply the standard techniques on Titan; we had to bring in new methods and ideas and start from scratch,” says Kazeminejad.

The final test was whether the defined reconstruction methodology and its implementation could actually provide an accurate landing site location. This was checked against other estimates, such as those from DISR images and the radar measurements from the Cassini orbiter.

All methods showed a remarkably strong agreement as to where Huygens landed. This increases the project’s confidence in that they know exactly how their probe behaved. “Everything converges to the same location,” says Kazeminejad, “All the years of work have paid off.”

This article is based on five papers to appear in a special issue of the Planetary and Space Science magazine dedicated to Huygens results:

Cassini-Huygens is a joint mission between NASA, ESA and the Italian Space Agency (ASI).