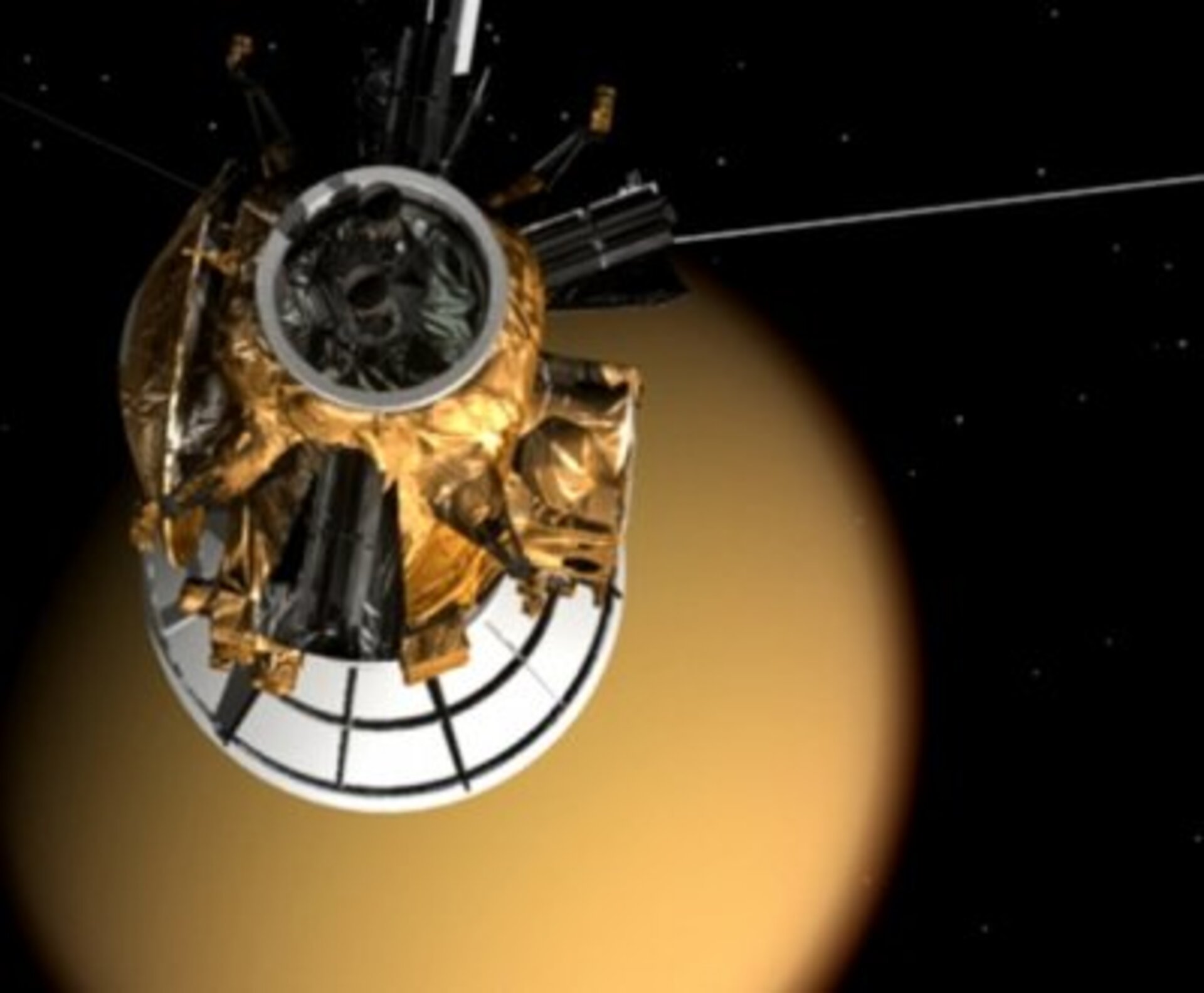 After a seven-year and 3.2 billion kilometre journey from Earth to Saturn, ESA’s Huygens probe, travelling on board NASA’s Cassini mother craft and powered through an umbilical cable, is now ready to separate and continue its journey alone toward Titan, Saturn’s largest moon.

On Christmas night (25 December at 03:00 CET orbiter time/04:08 CET on the ground) Huygens will be cut loose from Cassini and will coast toward Titan for 20 days, to arrive at its destination on 14 January.

“We have the green light for separation. The joint ESA/NASA team has done all that had to be done to be ready for release. We are looking forward to receiving data on 14 January at ESA’s Spacecraft Operations Centre in Darmstadt, Germany,” said Claudio Sollazzo, ESA’s Head of Huygens Spacecraft Operations Unit at NASA/JPL in Pasadena, California.

At separation, tension-loaded springs will gently push Huygens away from Cassini onto a ballistic four-million kilometre path to Titan. The Huygens probe will remain dormant until the on-board timer, which has been loaded on 21 December, wakes it up shortly before it reaches Titan's upper atmosphere on 14 January.

“We will then have to wait patiently for the most exciting phase of our mission, when Cassini will send back to Earth the Huygens data. The Huygens descent will be accomplished in less then two and half hours and, if the probe survives the impact with the surface, we could expect up to two extra hours of science results before the on-board batteries die out,” said Jean-Pierre Lebreton, ESA’s Huygens Mission Manager and Project Scientist, preparing to follow the separation from NASA/JPL in Pasadena.

At about 1200 kilometres above the surface of Titan, the Huygens probe will begin a dramatic plunge through Titan’s thick haze, with the task to analyse the chemical make-up and composition of the moon’s atmosphere as it descends to touchdown on its surface. With Cassini listening to the probe for 4.5 hours, the data gathered during the descent and on the surface will be transmitted continuously by the probe and recorded on board the Cassini orbiter.

Cassini will then turn away from Titan and point its antenna to Earth and relay the data through NASA's Deep Space Network to JPL and on to ESA's Space Operations Centre ESOC in Darmstadt, Germany, where the Huygens probe data will be analysed by scientists.

After a successful probe release, on 28 December, the Cassini orbiter will perform a deflection manoeuvre to keep it from following Huygens into Titan's atmosphere and to establish the required geometry between the probe and the orbiter for radio communications during the probe’s descent.

The Cassini-Huygens mission is a coperation between NASA, ESA and ASI, the Italian space agency. The Jet Propulsion Laboratory (JPL), a division of the California Institute of Technology in Pasadena, is managing the mission for NASA’s Office of Space Science, Washington.