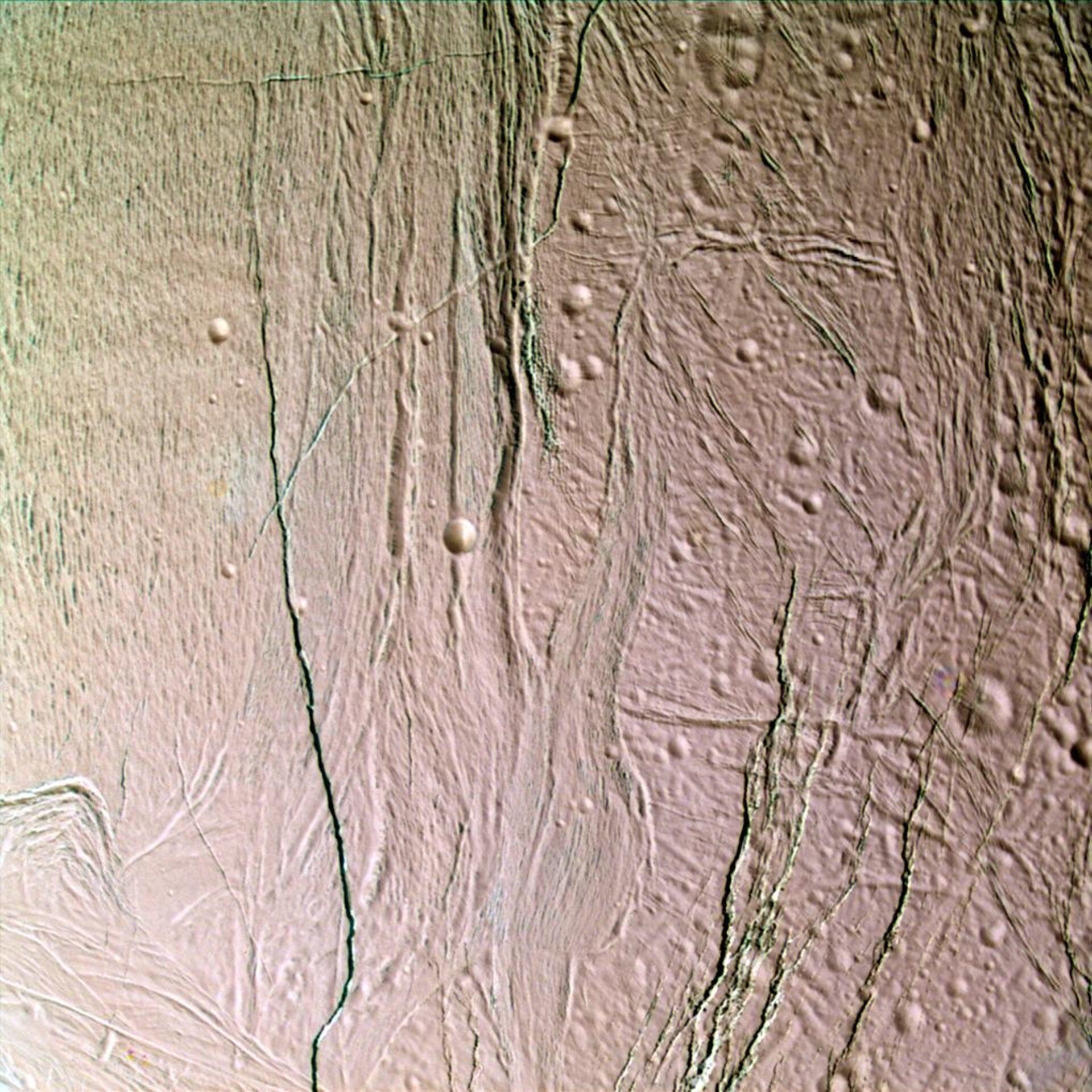 This image was obtained during the NASA/ESA/ASI Cassini spacecraft's closest approach to Enceladus, from a distance of approximately 25 700 kilometres.

This false-color close-up view taken by the Cassini narrow-angle camera on 9 March 2005 yields new insight into the different processes that have shaped the surface of Saturn's moon Enceladus.

Extending through the centre of this image is a system of rifts 3 kilometres wide and lanes of grooved terrain 20 kilometres wide, which separate two distinct geological regions.

To the right of the boundary is older cratered terrain (peppered with craters ranging from 10 kilometre in diameter, down to craters near the limit of resolution). The region is believed to be old because it has accumulated a relatively high density of impact craters over time and the topography is soft and muted, suggesting that it is covered by a layer of particulate materials. The cratered terrain is crossed by numerous faults and fractures, from hundreds of metres to a few kilometres wide.

On the left side of the scene are grooved icy plains. This broad and relatively flat region is scored by an extensive band of parallel grooves that appear to subdivide the surface into narrow lanes about one kilometre wide. The low abundance of impact craters and crisp relief on topographic features here imply that this region is geologically much younger than the cratered terrain on the right.

The uppermost surface of these terrains has a relatively uniform pinkish cast in this picture, suggesting that it is covered with materials of homogeneous composition and grain size. However, many of the fractures reveal a distinctly different colour (green tones in this false-colour image) than the typical surface materials in this region.

The fractures seem to penetrate down to a material that is texturally or compositionally different than most surface materials. One possibility is that the walls of the fractures expose outcrops of solid ice or ice with different grain-sizes compared to powdery surface materials that mantle flat-lying surfaces. It is also possible that the colour identifies some compositional difference between buried ice and ice at the surface.