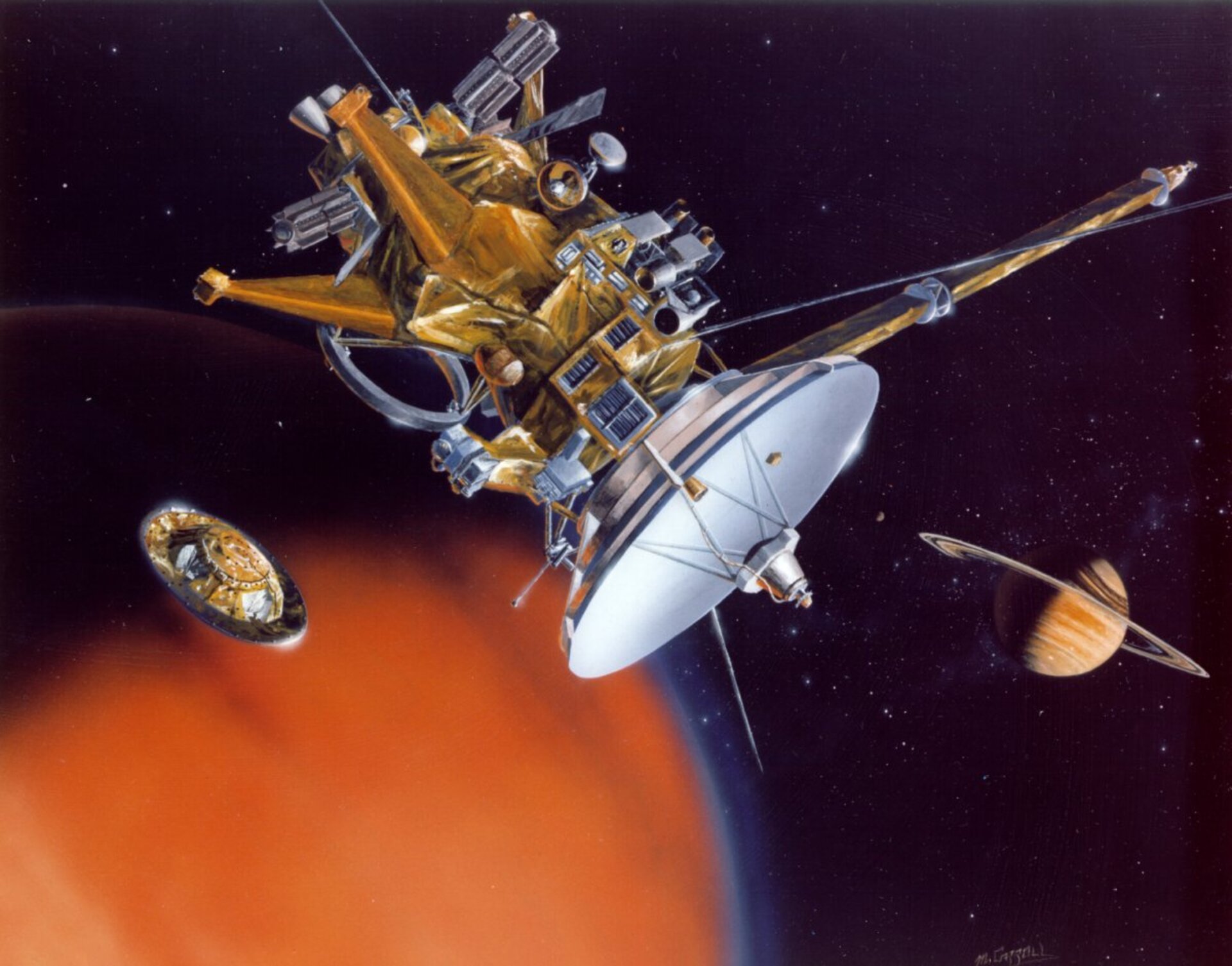 After an adventurous 7-year long tour among the planets, the Cassini-Huygens spacecraft will arrive at Saturn in July 2004. Once there, Cassini will parachute the Huygens probe to Saturn's biggest satellite, Titan. Titan is thought to have an atmosphere similar to the primitive Earth. However, both the probe and the Cassini-Huygens team are not in idle state until 2004. They have plenty of things to keep them busy.

For example, scientists are putting the orbiter instruments on-board to work, and obtaining new and unexpected science about the planets encountered. For the first time, Cassini-Huygens has observed Jupiter's magnetosphere in action. Jean-Pierre Lebreton, ESA's Huygens Project Scientist, talks about it in this interview.

Jean-Pierre Lebreton's work has been hectic since the Cassini-Huygens launch in 1997. The craft will reach its final destination, Saturn and its satellite Titan, the second largest moon of the solar system (and the only one with a thick, hazy and chemically reactive atmosphere) in 2004. However, Lebreton is enthusiastic about its accomplishments to date.

"Dr. Lebreton, you sound excited about what Cassini-Huygens has already achieved. Saturn and Titan and their secrets are still far away. But on the way, the spacecraft has encountered other planets..."

"The path of Cassini-Huygens so far has 'touched' three planets: Venus, the Earth, and Jupiter. The reason for the fly-bys was to gain the 'kick' from the planets' gravitational field to reach Saturn. Naturally, we took our chance to examine every planet and we collected a lot of new scientific data."

"Let's begin with Venus, whose gravity pull you have used twice. You found something striking in the Venusian sky..."

"Absolutely. We measured some electromagnetic characteristics of the atmosphere and were surprised to find that Venus does not have lightning! We think this could be due to the height of the clouds - more than 40 kilometres above ground: that does not allow cloud-to-earth lightening, and probably cloud-to-cloud lightening is too weak to be detectable. We also checked the night-side maps of the surface that NASA's Galileo spacecraft made in 1992 since we needed to confirm the previous data. These kinds of checks are useful when we activate our instruments, so that they are ready when we arrive at Saturn."

"And what about the Earth fly-by? Was that only to exploit the gravity pull?"

"No, more than that. We have a magnetometer on-board Cassini-Huygens that measures magnetic fields. We have used it to measure Earth's well-known terrestrial magnetic field to test the instrument's accuracy. Once we reach Saturn, we will know that we are measuring Saturn's less-familiar magnetic field accurately."

"In 2001 Cassini encountered the king of planets, Jupiter. And something quite special happened."

Yes, it was amazing. At Jupiter we performed a really spectacular experiment. Ten years ago, nobody would have bet that the Galileo probe would be still operative around Jupiter. Imagine how thrilled we were that the two crafts could combine their observations at Jupiter! Using the two probes, the Hubble Space Telescope, the Chandra X-ray Observatory, and radio telescopes in California, we made a once-in-a-lifetime set of observations of Jupiter's surroundings.

We detected an aurora caused by particles streams coming from the solar wind. This flow affected Jupiter's magnetosphere, making it contract. Although we had suspected this might happen, we had never observed it before. Without using both probes, it would have been impossible to prove the magnetosphere can be influenced like that by the solar wind. It showed that testing our instruments is more than just routine work. It gives you results that make you sit up and it keeps your team on the ball. Now we feel much more ready to take on Saturn."

"What happens during the flight between planets? Is Cassini-Huygens simply 'asleep'?"

"No, far from it.We regularly activate Huygens to check it. This mission is more complex than any previous mission, so we need to plan a lot before arrival. In these years, we have worked very hard to plan the details of the mission, and we are very close to finishing that. Among the other things, the checks luckily allowed us to anticipate a potential telecommunications problem between the probe and the orbiter, so we could prevent it."

"You say this mission is very complex. What are the critical moments? And what is there still to do before arrival?"

"Well, the most critical moments will be when we fire the engines to intersect Saturn's orbit. The success of the mission relies on the outcome of this vital moment and we have to make sure everything runs smoothly. Before that, in November 2002, we will do another testing exercise. Early in 2003 we will also upload new software on the Huygens computers and that requires testing again to check that it works well. There are always many things left to do. It's not like we can take a rest here!"

Project scientist for ESA's Hugyens Probe, Jean-Pierre Lebreton's particular speciality is planetary science and studying plasma physics. He is also in the team working for the Rosetta Orbiter, and, in particular, he is involved with the Plasma Consortium Experiment. He led the divisional activities on the Tethered Satellite System and is working for the Venus Express mission. His fields of interests are diverse, ranging from listening to meteors to observing distant planets.