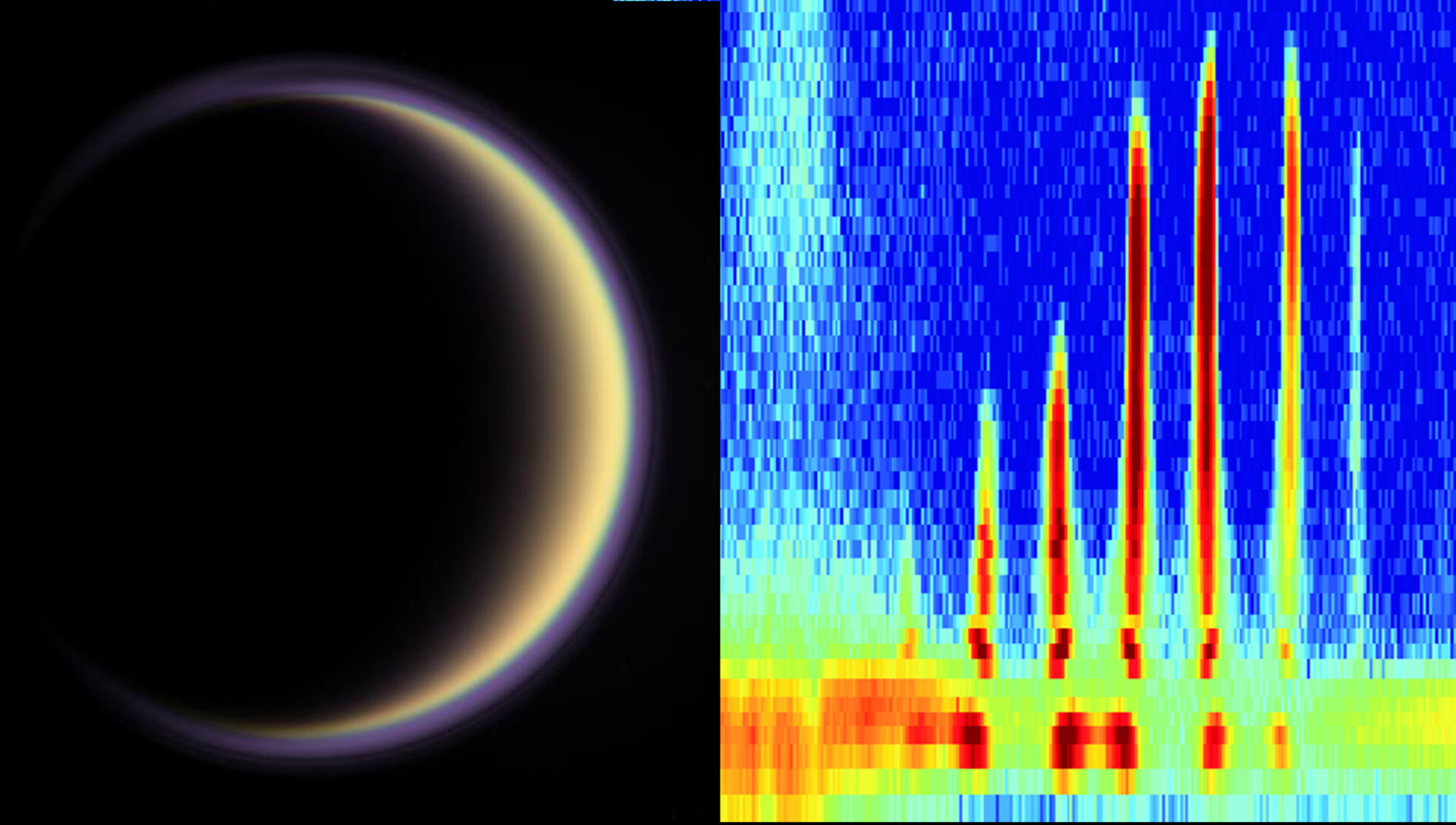 Scientists analysing data gathered by Cassini have confirmed the presence of heavy negative ions in the upper regions of Titan’s atmosphere. These particles may act as building blocks for more complicated organic molecules.

The discovery was completely unexpected because of the chemical composition of the atmosphere (which lacks oxygen - responsible for forming negative ions in the lower ionosphere of the Earth - and mainly consists of nitrogen and methane). The observation has now been verified on 16 different encounters.

Prof Andrew Coates, researcher at University College London’s Mullard Space Science Laboratory and lead author of the paper, says: “Cassini’s electron spectrometer has enabled us to detect negative ions which have times the mass of hydrogen. Additional rings of carbon can build up on these ions, forming molecules called polycyclic aromatic hydrocarbons, which may act as a basis for the earliest forms of life.

Coates added, “Their existence poses questions about the processes involved in atmospheric chemistry and aerosol formation and we now think it most likely that these negative ions form in the upper atmosphere before moving closer to the surface, where they probably form the mist which shrouds the planet and which has hidden its secrets from us in the past. It was this mist which stopped the Voyager mission from examining Titan more closely in 1980 and was one of the reasons that Cassini was launched.”

The new paper builds on work published in Science on 11 May where the team found smaller tholins, up to 8000 times the mass of hydrogen, forming away from the surface of Titan.

Dr Hunter Waite of the South West Research Institute in Texas and author of the earlier study, said: “Tholins are very large, complex, organic molecules thought to include chemical precursors to life. Understanding how they form could provide valuable insight into the origin of life in the solar system."