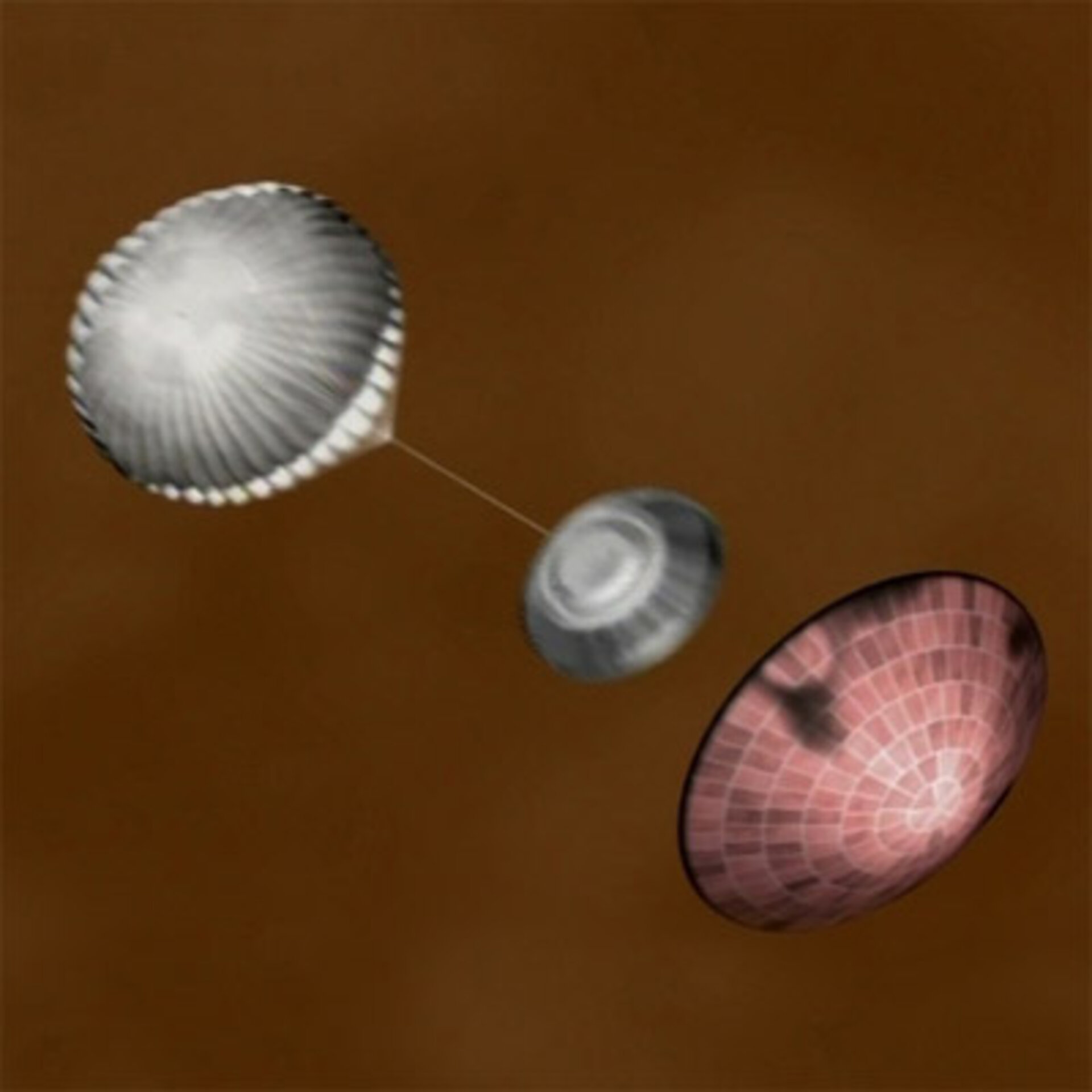 At 11:25 CET the Robert C. Byrd Green Bank Telescope (GBT) of the National Radio-astronomy Observatory in West Virginia, USA, a part of the global network of radio telescopes involved in tracking the Huygens Titan probe, has detected the probe's 'carrier' (tone) signal.

The detection occurred between 11:20 and 11:25 CET, shortly after the probe began its parachute descent through Titan's atmosphere. The extremely feeble signal was first picked up by the Radio Science Receiver supplied by the NASA Jet Propulsion Laboratory. This signal is an important indication that the Huygens probe is 'alive'. However, it does not contain yet any substance; the latter is expected to come a few hours later via the Cassini spacecraft.

What the Green Bank radio telescope has detected is only a ‘carrier’ signal. It indicates that the back cover of Huygens must have been ejected, the main parachute must have been deployed and that the probe has begun to transmit, in other words, the probe is ‘alive’. This, however, still does not mean that any data have been acquired, nor that they have been received by Cassini. The carrier signal is sent continuously throughout the descent and as such does not contain any scientific data. It is similar to the tone signal heard in a telephone handset once the latter is picked up.

Only after having received the data packets at ESOC will it be possible to say with certainty whether data were properly acquired. The first data set from Cassini will reach ESOC in the afternoon. Additional downlinks will follow throughout the evening and night for redundancy.

Further analysis of the signals will be conducted using other three independent data acquisition systems at the Green Bank Telescope. In addition to the GBT, sixteen other radio telescopes in Australia, China, Japan and the USA are involved in tracking the Huygens probe.

The ultimate goal of the tracking experiment is to reconstruct the probe's descent trajectory with an unprecedented accuracy of the order of one kilometre. The measurements will be conducted using Very Long Baseline Interferometry (VLBI) and Doppler tracking techniques. This would enable studies of the dynamics of Titan's atmosphere, which is considered to be a 'frozen' copy of that of the early Earth.

The VLBI component of the tracking experiment is coordinated by the Joint Institute for VLBI in Europe (JIVE) and ESA; the Doppler measurements are conducted by the Jet Propulsion Laboratory.