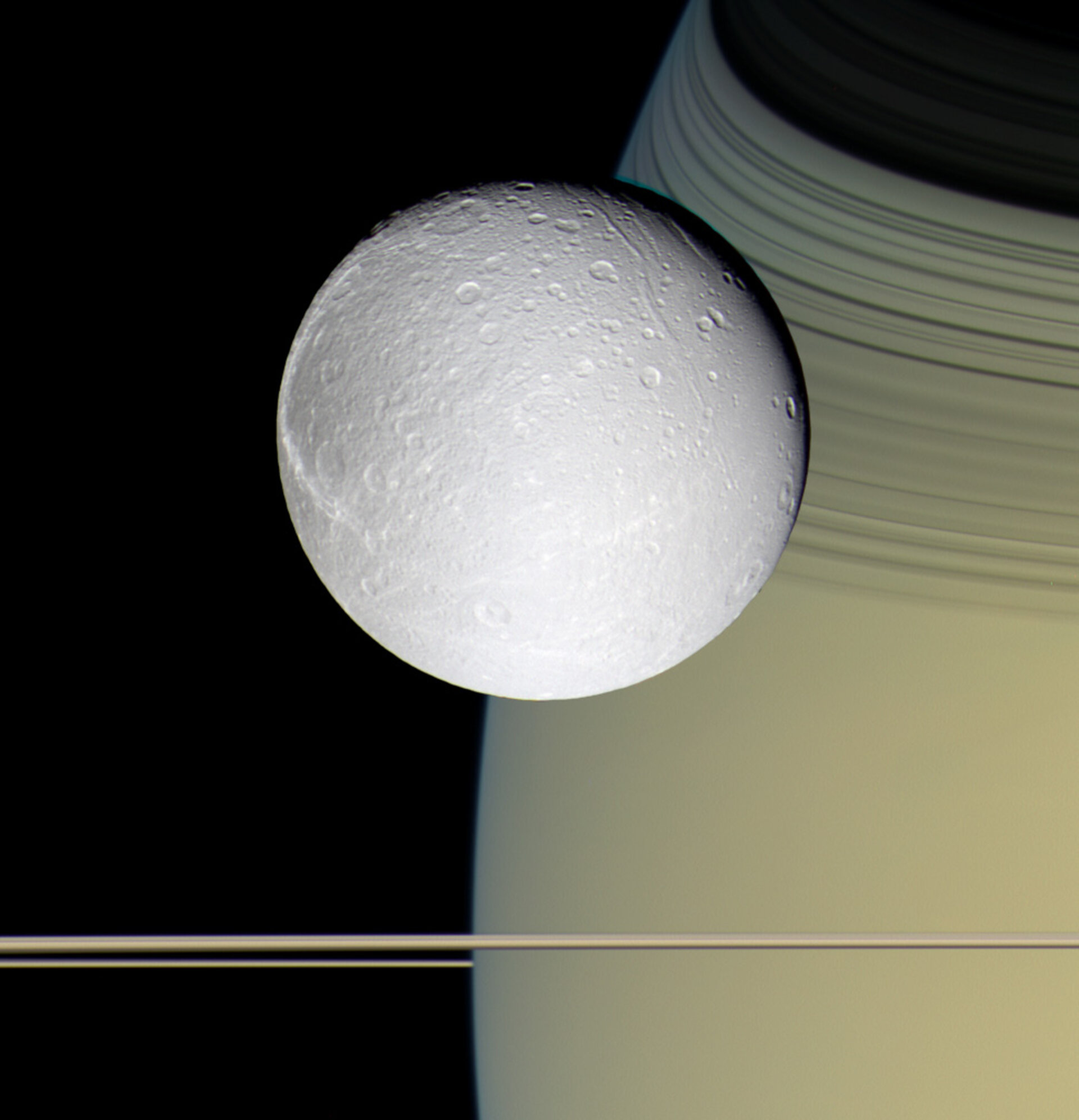 The NASA/ESA/ASI Cassini spacecraft successfully completed its only fly-by of Dione on 11 October 2005. Cassini captured this image while speeding toward this pale, icy moon of Saturn.

Cassini's view is enriched by the tranquil gold and blue hues of Saturn in the distance. The horizontal stripes near the bottom of the image are Saturn's rings.

The spacecraft was nearly in the plane of the rings when the images were taken, thinning them by perspective and masking their awesome scale. The thin, curving shadows of the C ring and part of the B ring adorn the northern latitudes visible here, a reminder of the rings' grandeur.

Note that Dione, like most of the other icy Saturnian satellites, looks no different in natural colour than in black and white images.

The Cassini-Huygens mission is a co-operative project between NASA, ESA and ASI, the Italian space agency.