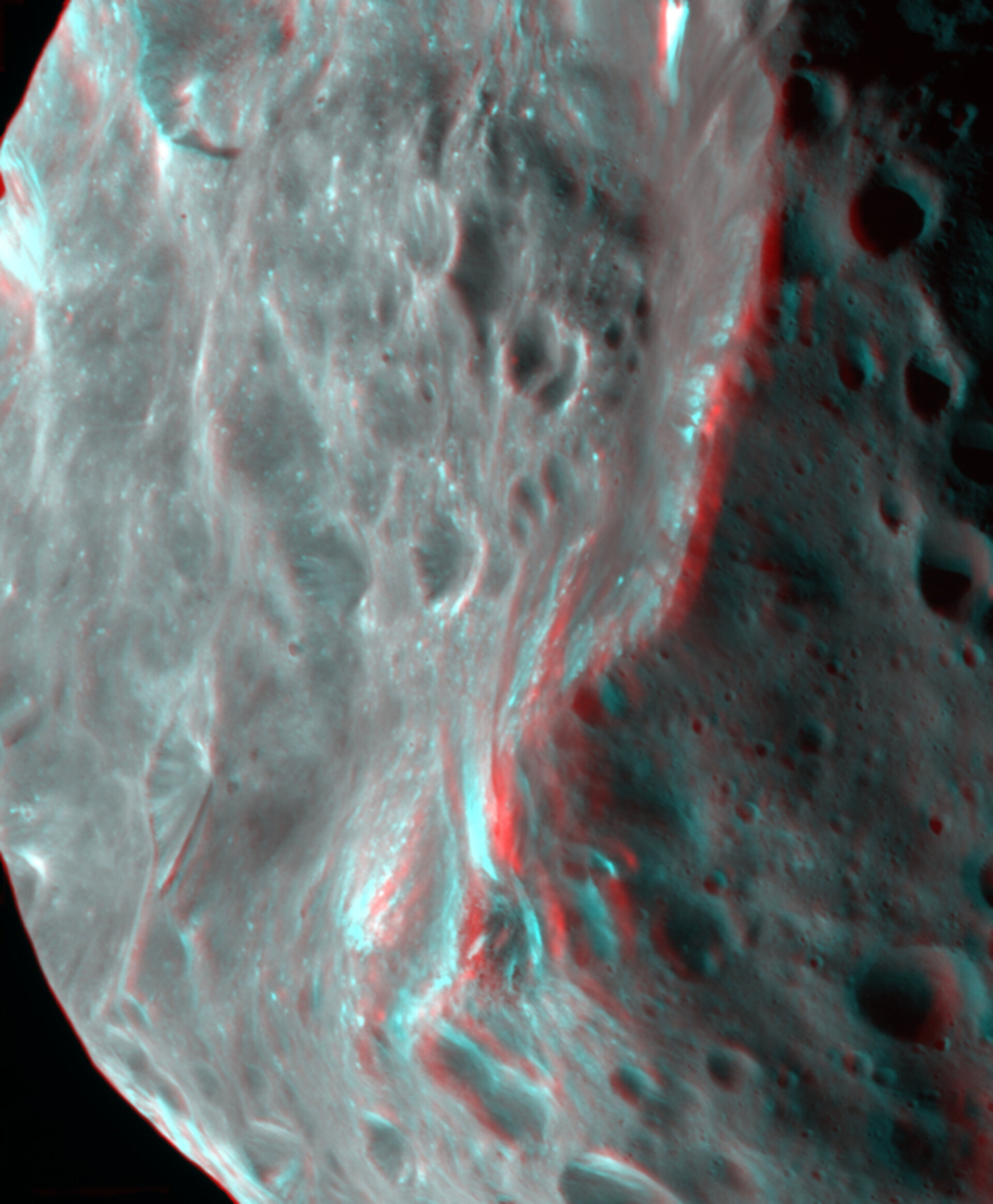 Phoebe's violent, cratered past is evident in this 3D image of Saturn's tiny moon.

Sunlight is coming from the left, illuminating craters and bumps on the surface, along with a prominent ridge-like feature in the middle.

Bright material, likely to be ice, is exposed on the top of this ridge-like feature as well as around small craters and down the slopes of larger craters. There are also bright streaks on steep slopes, perhaps where loose material slid downhill during the seismic shaking of impact events.