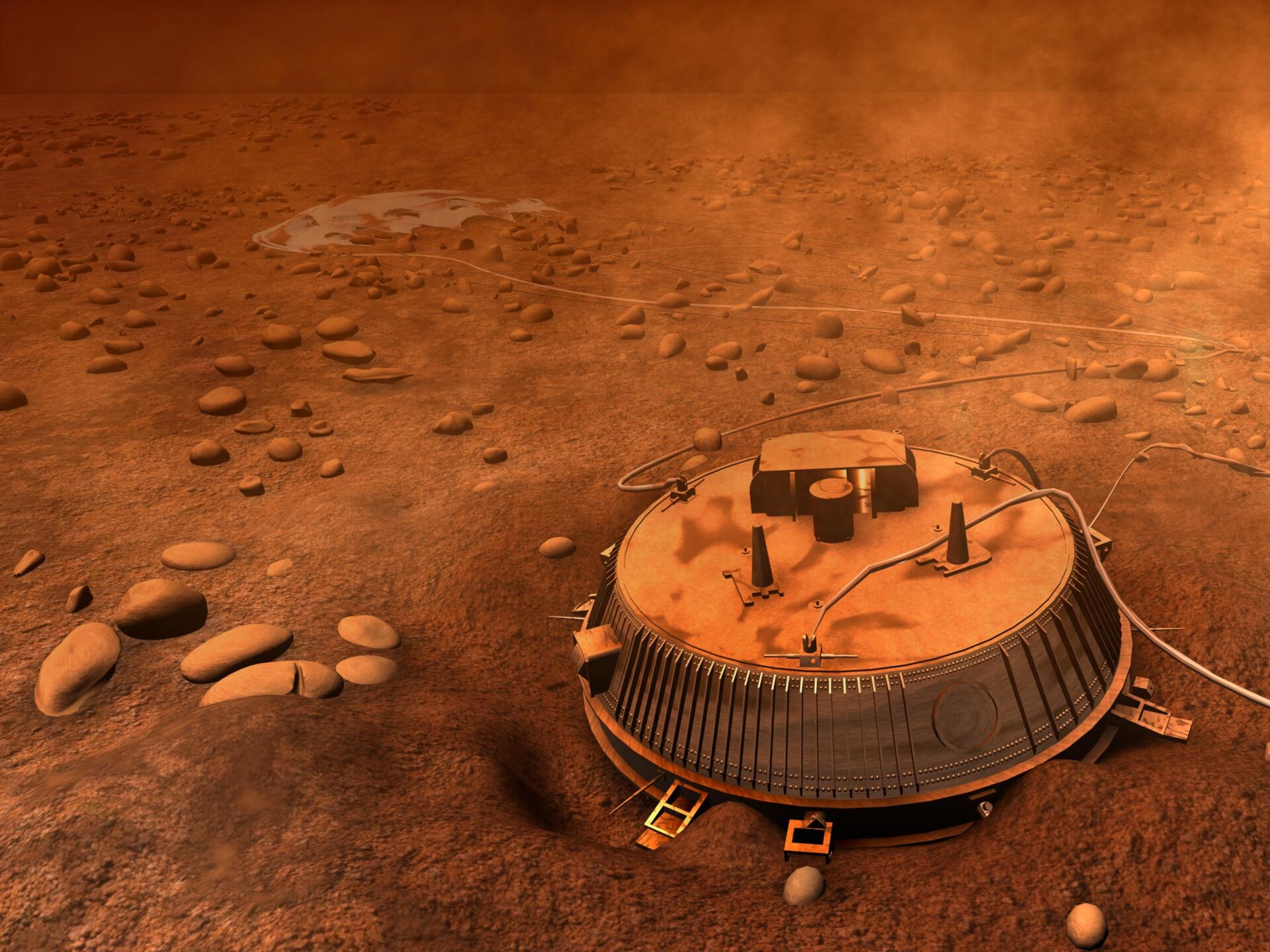 One year ago this week, on 14 January 2005, ESA’s Huygens probe reached the upper layer of Titan’s atmosphere and landed on the surface after a parachute descent 2 hours and 28 minutes later.

As part of the joint NASA/ESA/ASI mission to Saturn and its moons, the Huygens probe was sent from the Cassini spacecraft to explore Titan, Saturn’s largest moon. Titan’s organic chemistry may be like that of the primitive Earth around 4000 million years ago, and may hold clues about how life began on our planet.

You can listen to the Podcast with an MP3 player, or view the Vodcast using a player such as itunes.

The Huygens mission has been an outstanding engineering and scientific success, one of the most complex and scientifically rewarding space missions to date. The touchdown on the surface of Titan marked the farthest a man-made spacecraft has successfully landed away from Earth.

Clear images of the surface of Titan were obtained below 40 km altitude – revealing an extraordinary world, resembling Earth in many respects, especially in meteorology, geomorphology and fluvial activity, but with different ingredients. The images show strong evidence for erosion due to liquid flows, possibly methane.

Huygens enabled studies of the atmosphere and surface, including the first in-situ sampling of the organic chemistry and the aerosols below 150 km. These confirmed the presence of a complex organic chemistry, which reinforces the idea that Titan is a promising place to observe the molecules that may have been the precursors of the building blocks of life on Earth.

Around 260 scientists and up to 10 000 engineers and other professionals from 19 countries overcame cross-cultural and multi-disciplinary differences to achieve an astonishing co-operation.

ESA’s Huygens project scientist, Jean-Pierre Lebreton said, “This mission took two decades to accomplish and pushed the limits of our capabilities, whether scientific, technological or organisational. But the scientists and engineers used their skills and intelligence to overcome technical, political and celestial barriers to their goals.

“In the end, they triumphed spectacularly and, apart from the amazing scientific return, the mission should be an inspiration and a lesson for organisations of all kinds, in all sectors, of how people can work together.”