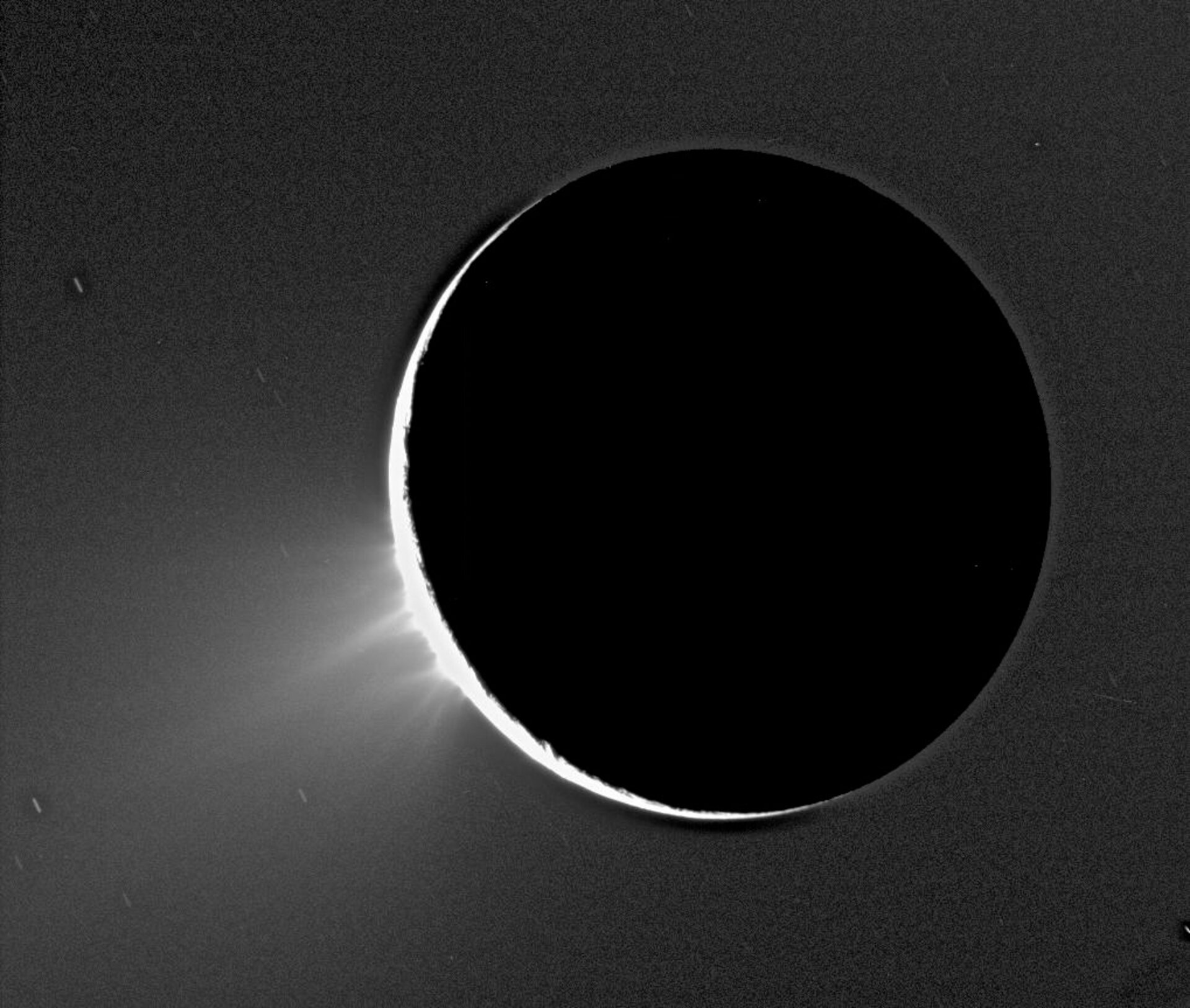 The discovery of active eruptions on a third outer Solar System body (after Jupiter's moon, Io, and Neptune's moon, Triton) is one of the great highlights of the NASA/ESA/ASI Cassini mission.

This sighting, in addition to the detection of icy particles in the plume by other Cassini instruments, prompted scientists to target Enceladus again with exposures designed to confirm the validity of the earlier plume sighting.

The new views (top and right) show individual jets, or plume sources, that contribute to the plume with much greater visibility than the earlier images. The full plume towers over the 505-kilometre-wide moon, and is at least as tall as the moon's diameter.

In the later images of the crescent moon, taken from a high phase angle of 148 degrees (a viewing geometry in which small particles become much easier to see), the plume of material becomes more apparent in images processed to enhance faint signals.

Imaging scientists have measured the light scattered by the plume's particles to determine their abundance and fall-off with height. Though the measurements of particle abundance are more certain within 100 kilometres of the surface, the values measured there are roughly consistent with water ice particles made by other Cassini instruments (reported in September 2005) at altitudes as high as 400 kilometres above the surface.

At present, it is not clear if the plume particles emanating from the south pole are produced because water vapour escapes from warm ice that is exposed to the surface.

Another possibility is that at some depth beneath the surface, the temperatures are hot enough for water to become liquid which then, under pressure, escapes to the surface like a 'geyser'.

The Cassini-Huygens mission is a co-operative project between NASA, ESA and ASI, the Italian space agency.