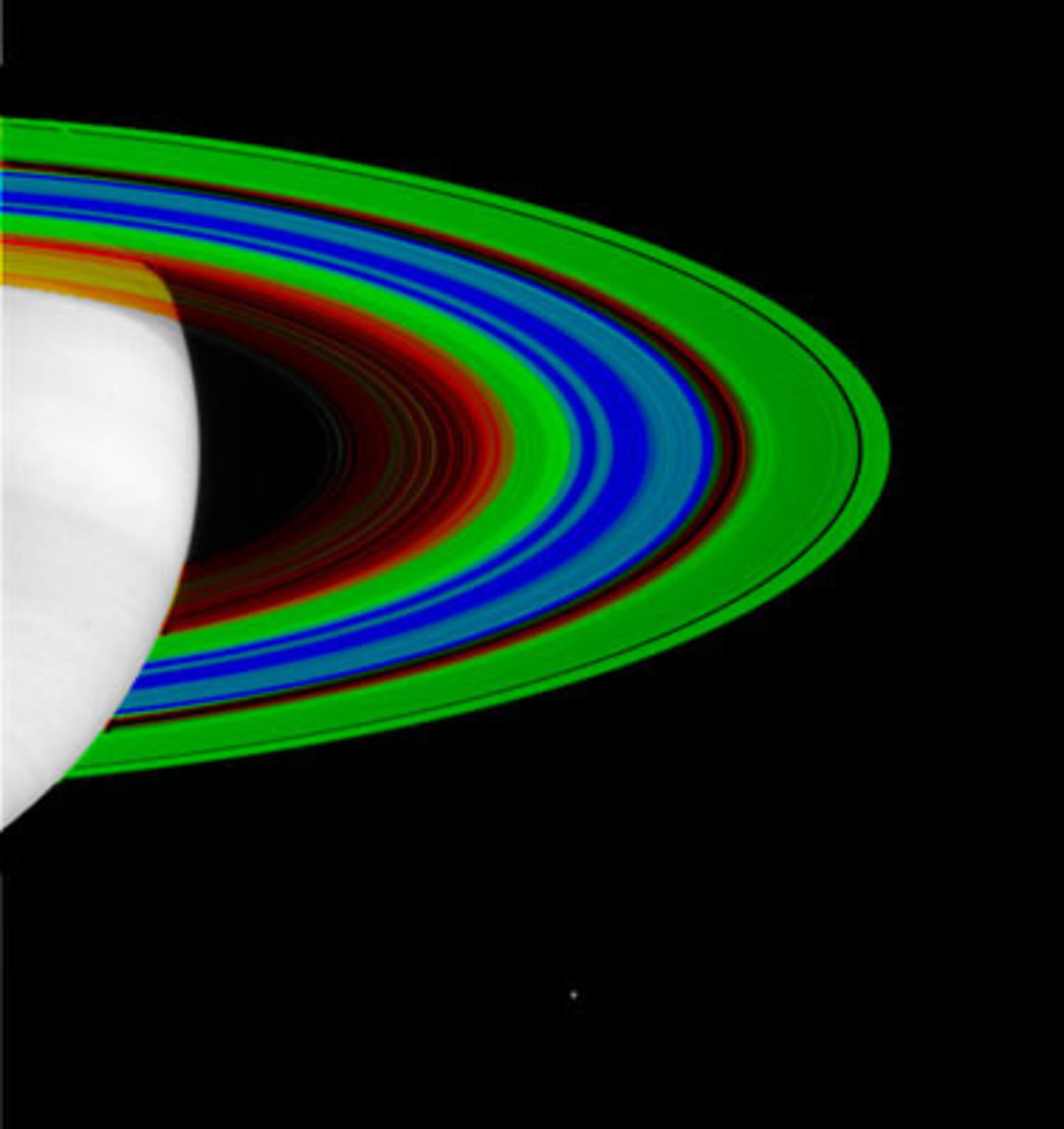 The varying temperatures of Saturn's rings are depicted here in this false-colour image from the NASA/ESA/ASI Cassini-Huygens spacecraft.

The image shows that the opaque region of the rings, like the outer A ring (far right) and the middle B ring, are cooler, while more transparent sections, like the Cassini Division (in red just inside the A ring) or the inner C ring (shown in yellow and red), are relatively warmer.

Saturn is overexposed and pure white in this picture. Saturn's moon Enceladus is visible below the rings, toward the centre.