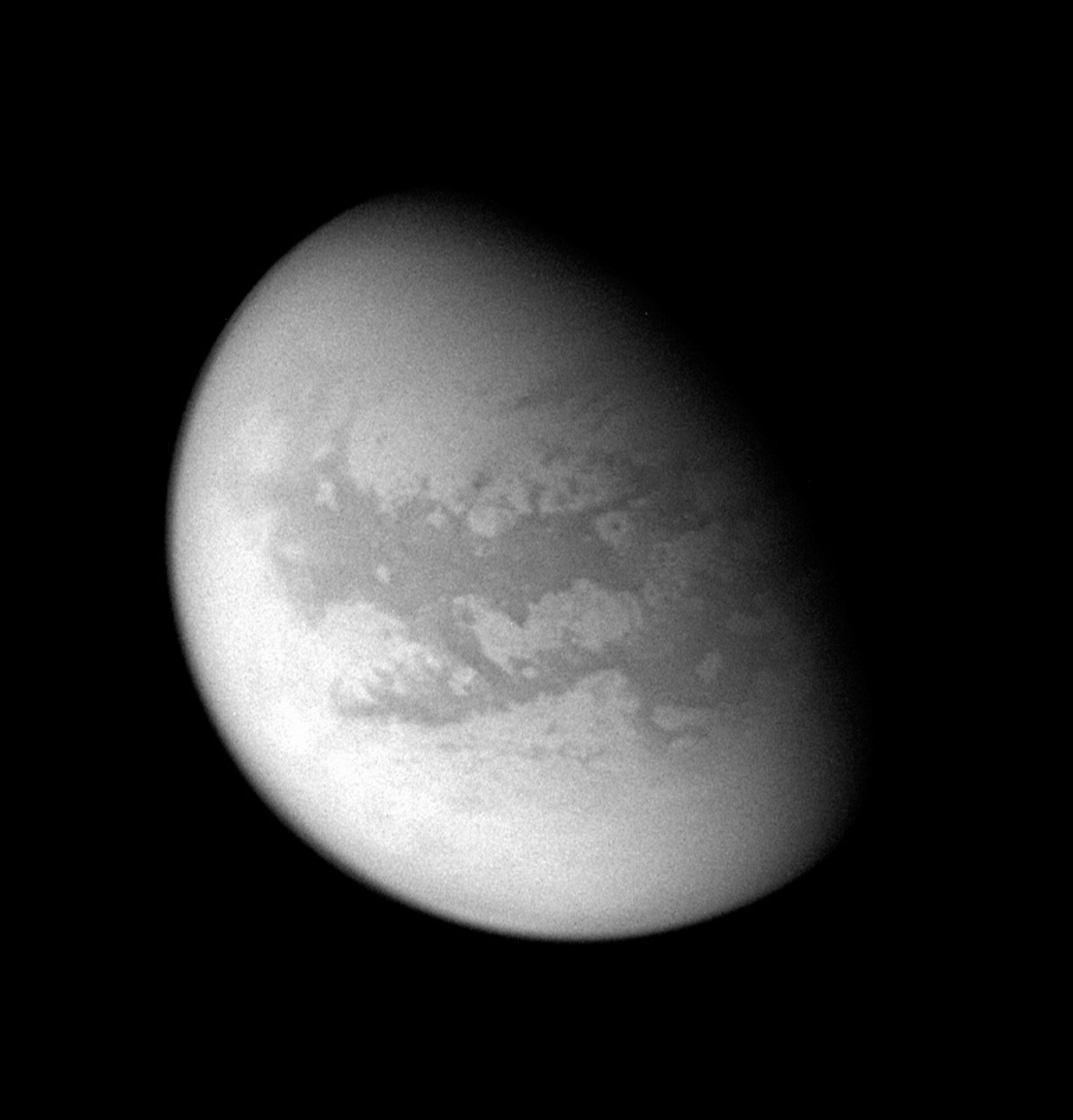 Making its first return to Titan since April 16, the NASA/ESA/ASI Cassini spacecraft returned these images of the moon's surface and complex atmosphere during its fly-by of 22 August 2005.

The main image was taken by Cassini's wide-angle camera in infrared wavelengths and reveals mid-latitudes on the moon's Saturn-facing side.

This region has been imaged previously by Cassini, although the recent approach has improved the moderate-resolution coverage of the area.

Provisional names recently have been applied to a number of features on this side of Titan. Features within the region seen here, known informally as the 'H' because of its shape, now have names like Tsegihi, Aztlan and Quivira.

The image right is composed of three images taken with the wide-angle camera using red, green and blue spectral filters and combined to create this natural colour view.