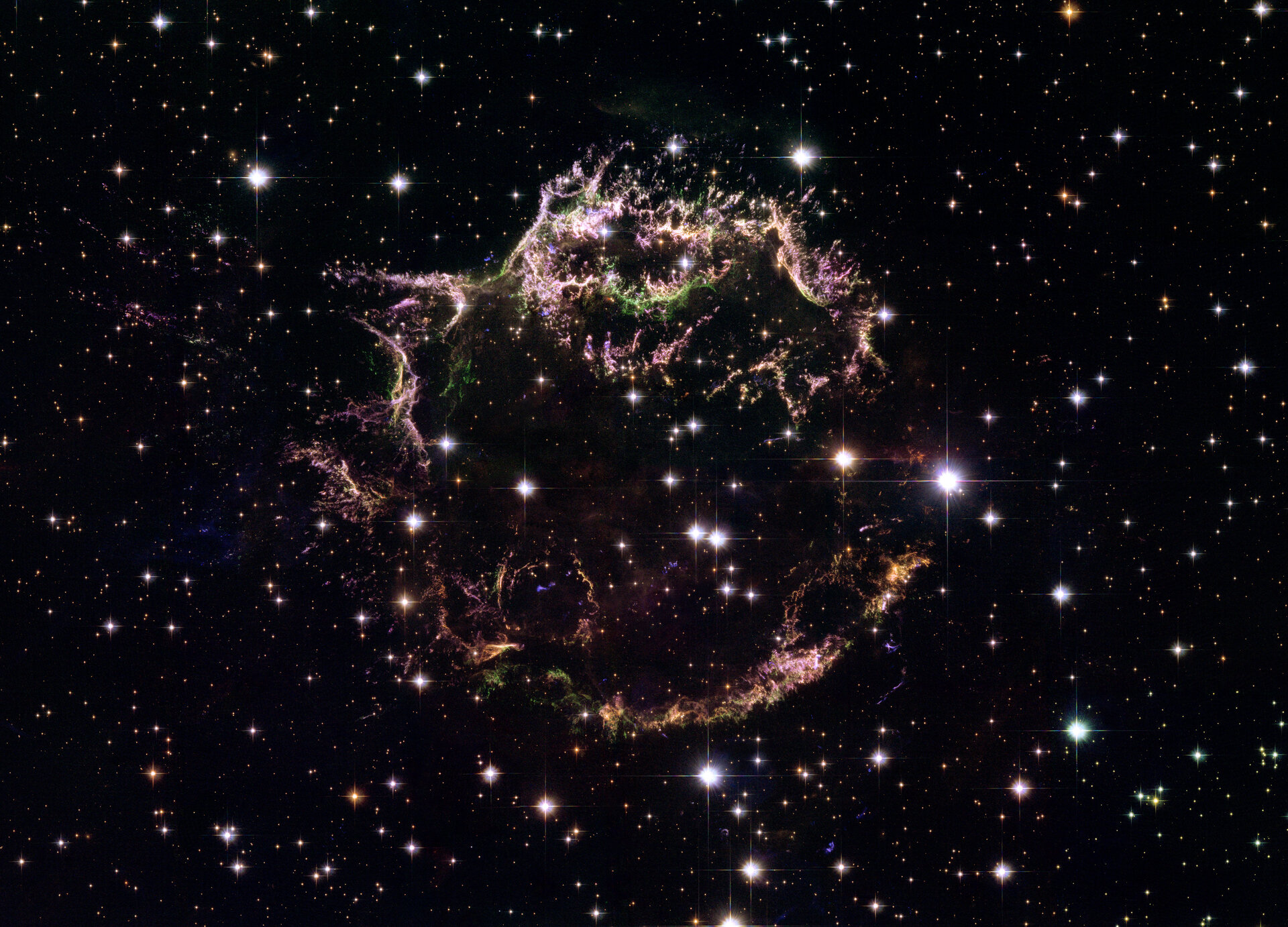 The image is a composite made from 18 separate images taken using Hubble’s Advanced Camera for Surveys (ACS), and it shows the Cas A remnant as a broken ring of bright filamentary and clumpy stellar ejecta, showing the complex and intricate structure of the star’s shattered fragments.

These huge swirls of debris glow with the heat generated by the passage of a shockwave from the supernova blast.

The various colours of the gaseous shards indicate differences in chemical composition.

Bright green filaments are rich in oxygen, red and purple are sulphur, and blue are composed mostly of hydrogen and nitrogen.

A supernova such as the one that resulted in Cas A is the explosive demise of a massive star that collapses under the weight of its own gravity.

The collapsed star then blows its outer layers into space in an explosion that can briefly outshine its entire parent galaxy.

Cas A is relatively young, estimated to be only about 340 years old. Hubble has observed it on several occasions to look for changes in the rapidly expanding filaments.

In the latest observing campaign, two sets of images were taken, separated by nine months. Even in that short time, Hubble's razor-sharp images can observe the expansion of the remnant.

Comparison of the two image sets shows that a faint stream of debris seen along the upper left side of the remnant is moving with high speed - up to 50 million kilometres per hour (fast enough to travel from Earth to the Moon in 30 seconds!).

Cas A is located ten thousand light-years away from Earth in the constellation of Cassiopeia.

Supernova explosions are the main source of elements more complex than oxygen, which are forged in the extreme conditions produced in these events.

The analysis of such a nearby, relatively young and fresh example is extremely helpful in understanding the evolution of the Universe.