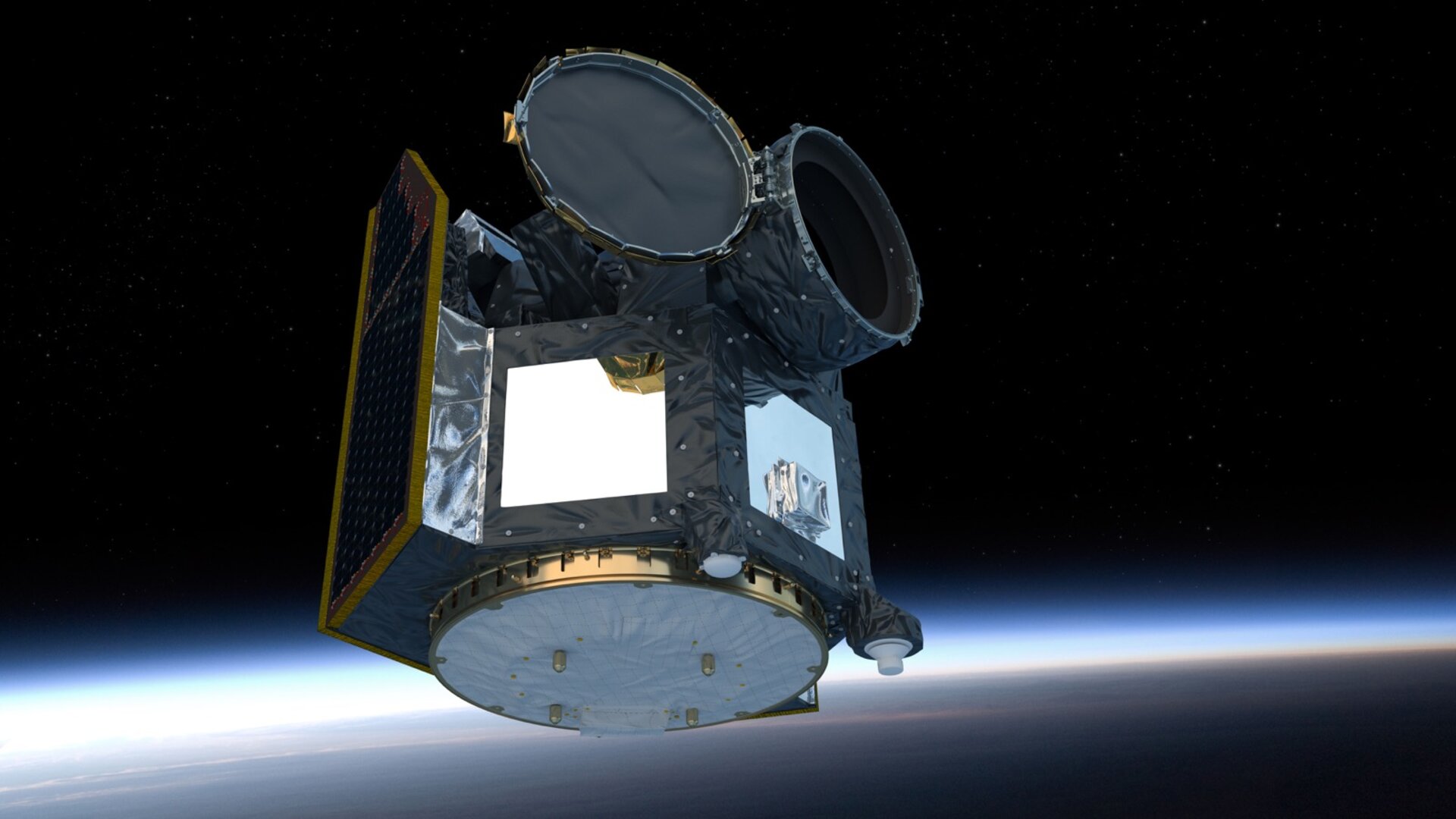 The Characterising Exoplanet Satellite, Cheops, has successfully passed the final analysis review for its launch on a Soyuz rocket from Europe’s Spaceport in Kourou, French Guiana.

All technical evaluations performed by Arianespace on the mission’s key aspects, including the launch trajectory and payload separation, have shown positive results.

“We are thrilled to have passed this important milestone and received the green light from Arianespace,” says Nicola Rando, ESA Cheops project manager.

Arianespace’s launch manifest for the coming months is currently under discussion, with the exact date for Cheops shipment to the Spaceport, and its launch date, to be confirmed at a later stage. The mission is foreseen to launch in the last quarter of 2019.

Cheops is a follow-up mission for the study of exoplanets. It will observe bright stars that are already known to host planets, measuring minuscule brightness changes due to the planet’s transit across the star’s disc.

The mission will target stars hosting planets in the Earth-to-Neptune size range, yielding precise measurements of the planet sizes. This, together with known information about the planet masses, will allow scientists to determine their bulk density, enabling a first-step characterisation of these extrasolar worlds. A planet’s density provides vital clues about its composition and structure, indicating for example if it is predominantly rocky or gassy, or perhaps harbours significant oceans.

“We are very much looking forward to the beginning of our scientific adventure, and to follow-up on some of the known exoplanets in more detail,” says Kate Isaak, ESA Cheops project scientist.

Cheops will lift off as a secondary passenger on a Soyuz-Fregat rocket, sharing the ride into space with a satellite that is part of the Italian Cosmo-SkyMed constellation.

The launcher will also carry five ‘CubeSats’, small satellites based on standardised 10 cm cubic units. This includes ESA’s OPS-SAT, a 30 cm high satellite with a powerful computer to demonstrate improved mission control capabilities that will arise when satellites can fly more powerful onboard computers.

The launch date will be announced once confirmed by Arianespace.