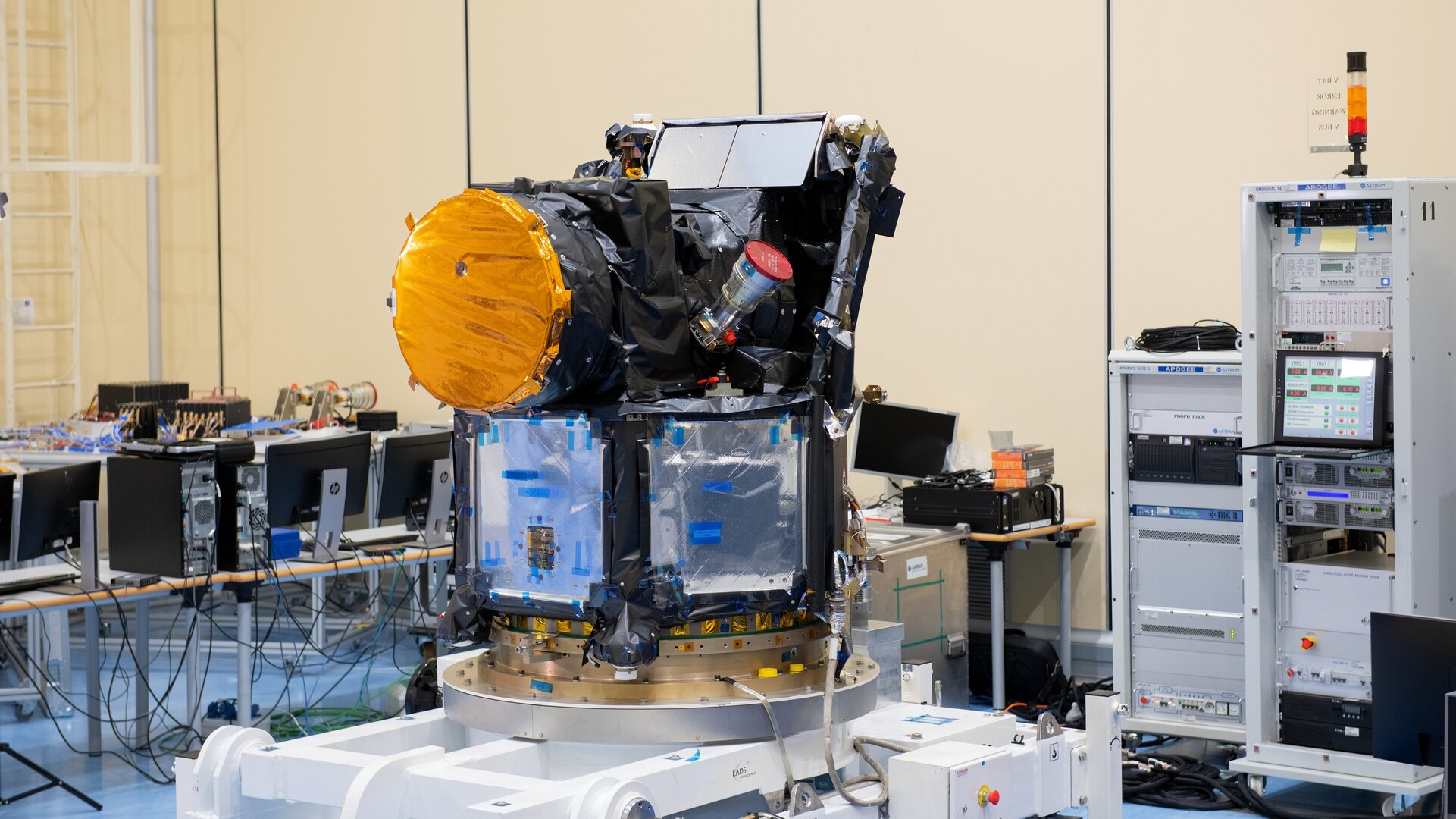 Cheops will lift off as a secondary passenger on a Soyuz-Fregat rocket launching from Europe’s Spaceport in Kourou, French Guiana. The satellite will be stored at the Airbus Defence and Space facility in Madrid for a few months before being shipped to the launch site, targeting the launch time slot between 15 October and 14 November in 2019.

“We are thrilled to be launching Cheops later this year,” says Günther Hasinger, ESA Director of Science.

“With its ultra-high precision observations of stars that we already know to host exoplanets, the mission will enable a first-step characterisation of the composition and nature of planets beyond our Solar System.”

“It has taken over five years of work to get to this point, and we are within budget and fully on schedule, so we are extremely satisfied to see the satellite finally ready for flight,” says Nicola Rando, ESA Cheops project manager.

“Now that we can see the launch on the horizon, we congratulate all the teams involved for their excellent work,” says Fernando Varela, Head of Space Systems of Airbus in Spain, the prime contractor for the design and construction of the spacecraft.

Cheops is a follow-up mission: it will make observations of bright, exoplanet-hosting stars to measure small changes in their brightness due to the transit of a planet across the star's disc, targeting in particular stars hosting planets in the Earth-to-Neptune size range. Knowing when and where to point in the sky in order to catch these transits makes Cheops extremely efficient, maximising the time it spends monitoring actual transit events.

The transit observations will yield precise measurements of a planet’s size. Combined with known information about the mass of the planet, these data will make it possible to determine its density, giving us vital clues about its composition and structure, indicating for example if it is predominantly rocky or gassy, or perhaps harbours significant oceans.


Observations of a list of exoplanet targets defined by the Cheops Science Team will account for 80% of the science observing time, while the remaining 20% will be available to scientists worldwide. The first call for proposals to use Cheops through the ESA-run Guest Observers Programme was published earlier this month.

Following in the steps of Cheops, ESA’s Plato, the Planetary Transits and Oscillations of stars mission, and Ariel, the Atmospheric Remote-Sensing Infrared Exoplanet Large-survey mission, will be launched in the late 2020s to discover and further investigate new worlds around other stars.