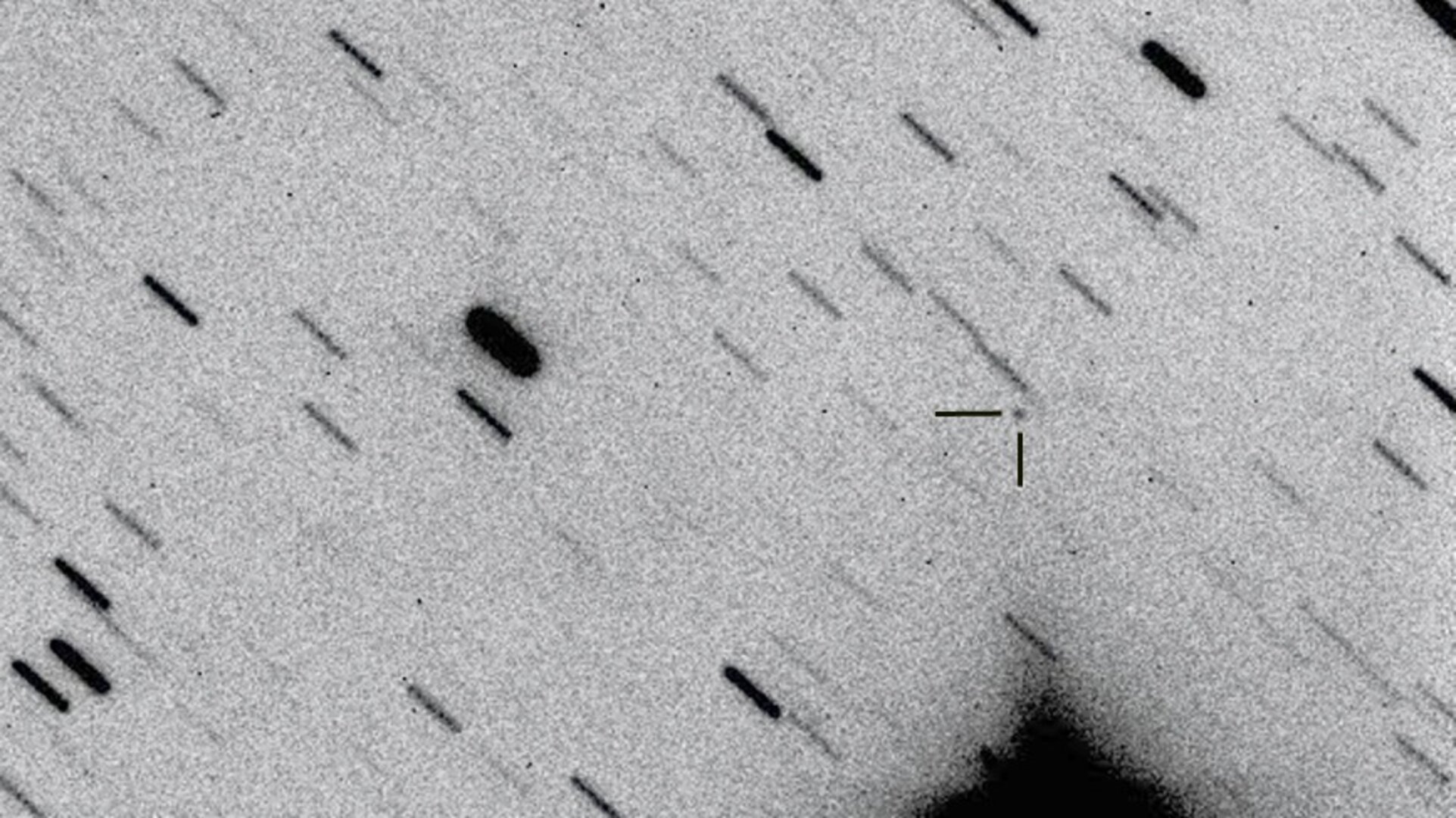 This tiny dot against the streaking star field is one of the last views that ground-based observers will see of ESA’s iconic Herschel space observatory.

Herschel spent over three years taking stunning images of the Universe in far infrared wavelengths, but in April the spacecraft depleted the last of its helium coolant, concluding science operations.

After this, the spacecraft operations team performed a series of engineering tests. A series of thruster burns moved it from its orbit around the L2 point 1.5 million kilometres from the Earth, and into a heliocentric orbit. Finally, in June, the spacecraft was switched off.

As well as being tracked by ESA ground stations throughout its mission, amateur astronomers have also enjoyed spotting the spacecraft.

Last week, as Herschel began moving away from Earth, astronomers Nick Howes and Ernesto Guido from the Remanzacco Observatory used the 2m diameter Faulkes Telescope North in Hawaii to image the spacecraft.

The observation was a particular challenge as the final manoeuvres made by the ESA flight control team resulted in the observatory being at a slightly different position on the sky compared to that predicted by existing orbital data.

But the imaging campaign was successful, as seen in the image presented here, with Herschel indicated by the two lines to the right of centre. Stars appear as streaks because the astronomers were tracking the motion of Herschel through the sky.

Herschel’s new orbit will send it around the Sun, coming back into Earth’s neighbourhood around 13 years from now.

Determining an accurate orbit now is important, because its increasing distance will make it fainter and much harder to keep track of in the intervening years.

The twin Faulkes Telescopes, one in Hawaii, the other in Australia are run as an educational project aimed at providing students with access to research-grade facilities. Through 2014 and 2015, the Faulkes Telescopes will be providing ground support for ESA’s Rosetta spacecraft as it approaches and escorts Comet 67P/Churyumov–Gerasimenko.