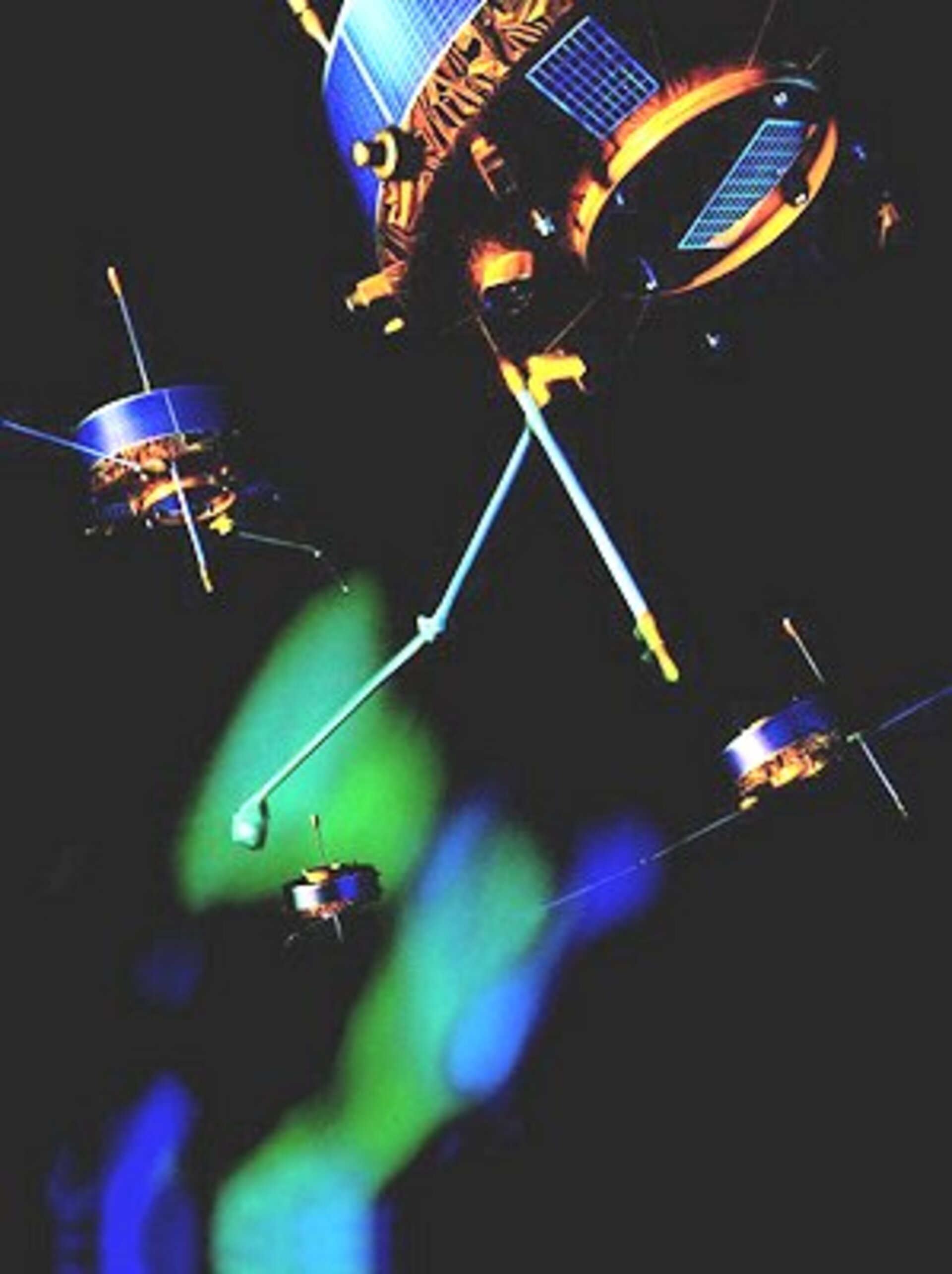 Scientists have fully mapped convection cells in Earth’s magnetic field for the first time using Cluster data. Results show that the behaviour of the cells is heavily linked to solar activity.

Convection cells, made of plasma, an ionised and highly variable gas, are found at altitudes of hundreds kilometres over the polar caps. Their behaviour pattern is intimately linked to the response of the Earth’s magnetic environment to solar activity.

Although Earth is largely protected from the hazards of interplanetary space by the magnetosphere and atmosphere, they don't form an isolated bubble.

The solar wind, a stream of particles continuously blowing from the Sun, compresses Earth’s magnetosphere on the dayside and stretches it into a long tail on the nightside. Most solar wind is deflected by the magnetosphere but some material manages to enter. Understanding how this works is of crucial importance to space-borne infrastructure (GPS, telecommunication satellites) and for the safety of astronauts.

One way to monitor this interaction is to study the convection cells. In the region, called the high-latitude ionosphere where they are located, the behaviour of the plasma cells strongly depends on the response of the magnetosphere to the orientation of the interplanetary magnetic field (IMF, an extension of the solar magnetic field, carried by the solar wind). This means that the behaviour of polar cap convection cells is a good tracer of the Sun-Earth connection.

So far, convection maps have been produced using ground-based experiments or by using in-situ measurements of low altitude satellites crossing the polar caps. Mapping the region with radar is not possible in cases where the geomagnetic field is disturbed, and it is also not possible to cover large areas simultaneously.

For the first time, statistical maps of the convection cells under various solar conditions were derived with six years of data from ESA's Cluster mission. The results that used data from the Electron Drift Instrument (EDI) on board Cluster show the presence of two radically different patterns of convection cells - the number of cells (two to four) changes depending on the orientation of the IMF .

The orientation of the IMF and the solar wind conditions were also recorded simultaneously by NASA’s Advanced Composition Explorer (ACE) spacecraft located in the solar wind, in between the Sun and Earth, at roughly 1.5 million km from Earth.

“The SuperDARN radar results and Cluster satellite-based results show an excellent agreement. This confirms the hypothesis that magnetic field lines are equipotentials,” said Dr Stein Haaland, scientist at the Max-Planck-Institut für extraterrestrische Physik, Germany. It also means that it will be possible to map the region at any altitude, under any conditions with satellites, making our task easier.

“The results are a great achievement for the Cluster mission – they show data collected over years is helping deepen our understanding of the Sun-Earth connection,” commented Philippe Escoubet, ESA's Project Scientist for Cluster and Double Star.

Dr. Haaland is the lead author of this statistical study published on 1 February 2007 in the journal Annales Geophysicae. A complementary paper led by Dr. Förster from the GeoForschungsZentrum Potsdam, Germany was published on 30 July 2007 in the same journal.

The article 'High-latitude plasma convection from Cluster EDI: variances and solar wind correlations' is by M. Förster, G. Paschmann, S. E. Haaland, J. M. Quinn, R. B. Torbert, H. Vaith, and C. A. Kletzing. It was published on 30 July 2007 in the Annales Geophysicae.