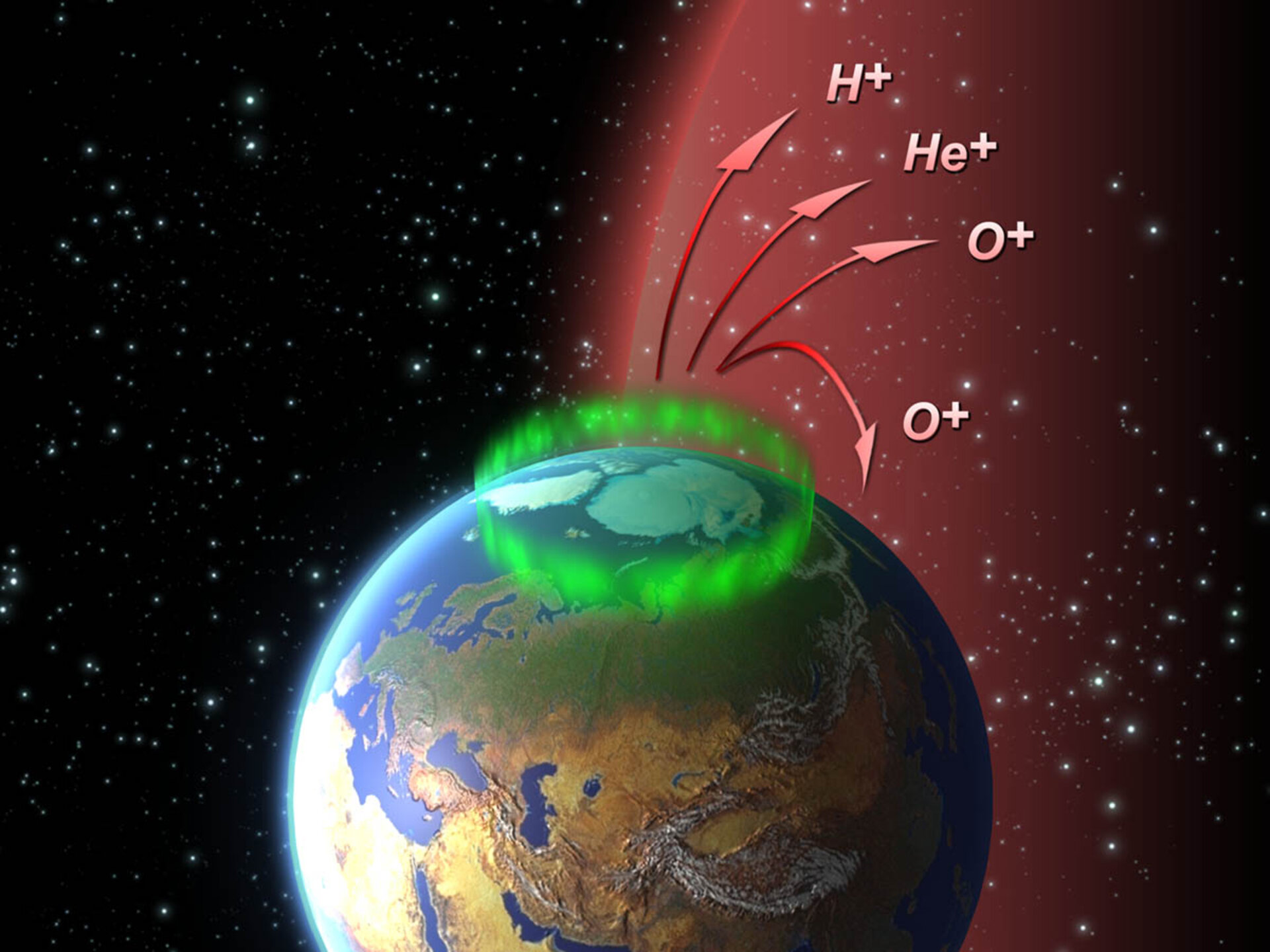 Oxygen is constantly leaking out of Earth’s atmosphere and into space. Now, ESA’s formation-flying quartet of satellites, Cluster, has discovered the physical mechanism that is driving the escape. It turns out that the Earth’s own magnetic field is accelerating the oxygen away.

The new work uses data collected by Cluster from 2001 to 2003. During this time, Cluster amassed information about beams of electrically charged oxygen atoms, known as ions, flowing outwards from the polar regions into space. Cluster also measured the strength and direction of the Earth’s magnetic field whenever the beams were present.

Hans Nilsson, Swedish Institute of Space Physics, headed a team of space scientists who analysed the data. They discovered that the oxygen ions were being accelerated by changes in the direction of the magnetic field. “It is a bit like a sling-shot effect,” says Nilsson.

Before the space age, scientists believed that Earth’s magnetic field was filled only with particles from the solar wind, the constant sleet of particles that escapes from the Sun. They thought this formed a large cushion that protected the Earth’s atmosphere from direct interaction with the solar wind.

The Cluster data were captured over the poles with the satellites flying at an altitude of anywhere between 30,000 and 64,000 kilometres. Measurements taken by earlier satellites during the 1980s and 1990s showed that the escaping ions were travelling faster the higher they were observed. This implied that some sort of acceleration mechanism was involved and several possibilities were proposed. Thanks to this new Cluster study, the mechanism accounting for most of the acceleration has now been identified.

At present, the escape of oxygen is nothing to worry about. Compared to the Earth’s stock of the life-supporting gas, the amount escaping is negligible. However, in the far future when the Sun begins to heat up in old age, the balance might change and the oxygen escape may become significant. “We can only predict these future changes if we understand the mechanisms involved,” says Nilsson.

For now, Cluster will continue collecting data and providing new insights into the complex magnetic environment surrounding our planet.