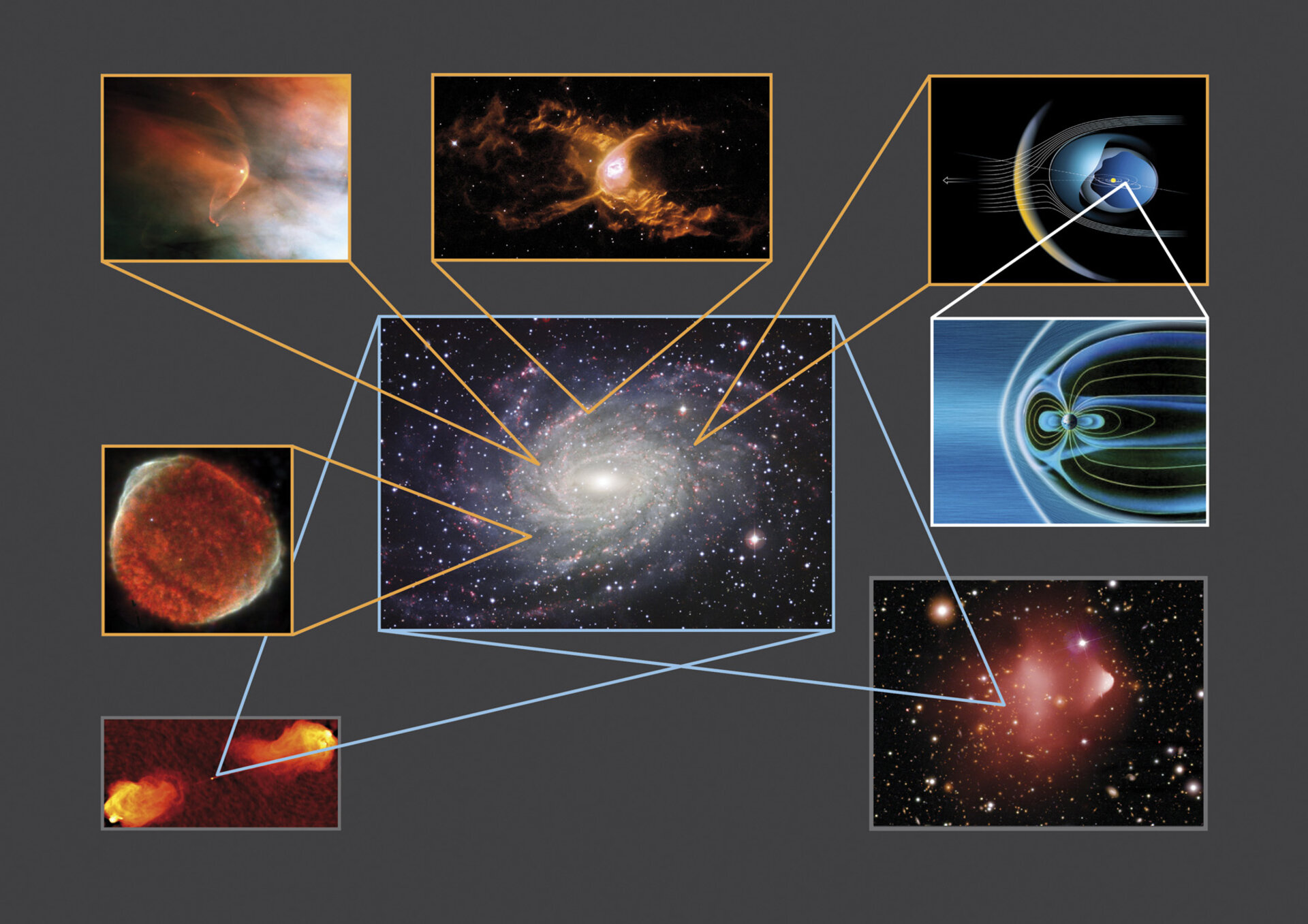 ESA's Cluster satellites have discovered that cosmic particle accelerators are more efficient than previously thought. The discovery has revealed the initial stages of acceleration for the first time, a process that could apply across the Universe.

All particle accelerators need some way to begin the acceleration process. For example, the Large Hadron Collider at CERN employs a series of small accelerators to get its particles up to speed before injecting them into the main 27 km-circumference ring for further acceleration.

In space, large magnetic fields guide particles known as cosmic rays across the Universe at almost the speed of light, but are notoriously bad at getting them moving in the first place.

Now ESA's Cluster mission has shown that something similar to the 'staging' process used at CERN is happening above our heads in the natural particle accelerators of space.

On 9 January 2005, Cluster's four satellites passed through a magnetic shock high above Earth. The spinning craft were aligned almost perfectly with the magnetic field, allowing them to sample what was happening to electrons on very short timescales of 250 milliseconds or less.

The measurements showed that the electrons rose sharply in temperature, which established conditions favourable to larger scale acceleration.

It had long been suspected that shocks could do this, but the size of the shock layers and the details of the process had proved difficult to pin down. Not any more.

Steven J. Schwartz, Imperial College London, and colleagues used the Cluster data to estimate the thickness of the shock layer. This is important because the thinner a shock is, the more easily it can accelerate particles.

"With these observations, we found that the shock layer is about as thin as it can possibly be," says Prof. Schwartz.

Thin in this case corresponds to about 17 km. Previous estimates had only been able to tie down the width of the shock layers above Earth at no more than 100 km.

This is the first time anyone has seen such details of the initial acceleration region.

The knowledge is important because shocks are everywhere in the Universe. They are created wherever a fast-flowing medium hits an obstacle or another flow.

For example, a supersonic aeroplane collides continuously with the atmosphere before the air has a chance to get out of the way, piling it up into a shock in front of the aircraft that we hear as a sonic boom.

In the Solar System, the Sun gives out a fast-moving, electrically charged wind. As it encounters the magnetic field of Earth, a permanent shock wave is created in front of our planet.

Cluster has been instrumental in studying this phenomenon and the new results in this local environment may be applicable on large scales. Shocks are also found around exploding stars, young stars, black holes and whole galaxies. Space scientists suspect that these may be the origin of the high-energy cosmic rays that fill the Universe.

Cluster has shown that very narrow shocks may be vital to kick-starting the acceleration process in those locations. It may not be the only way of starting things off, but it is definitely one way of doing it.

"Yet again, Cluster has provided us with a clear insight into a physical process that occurs throughout the Universe."