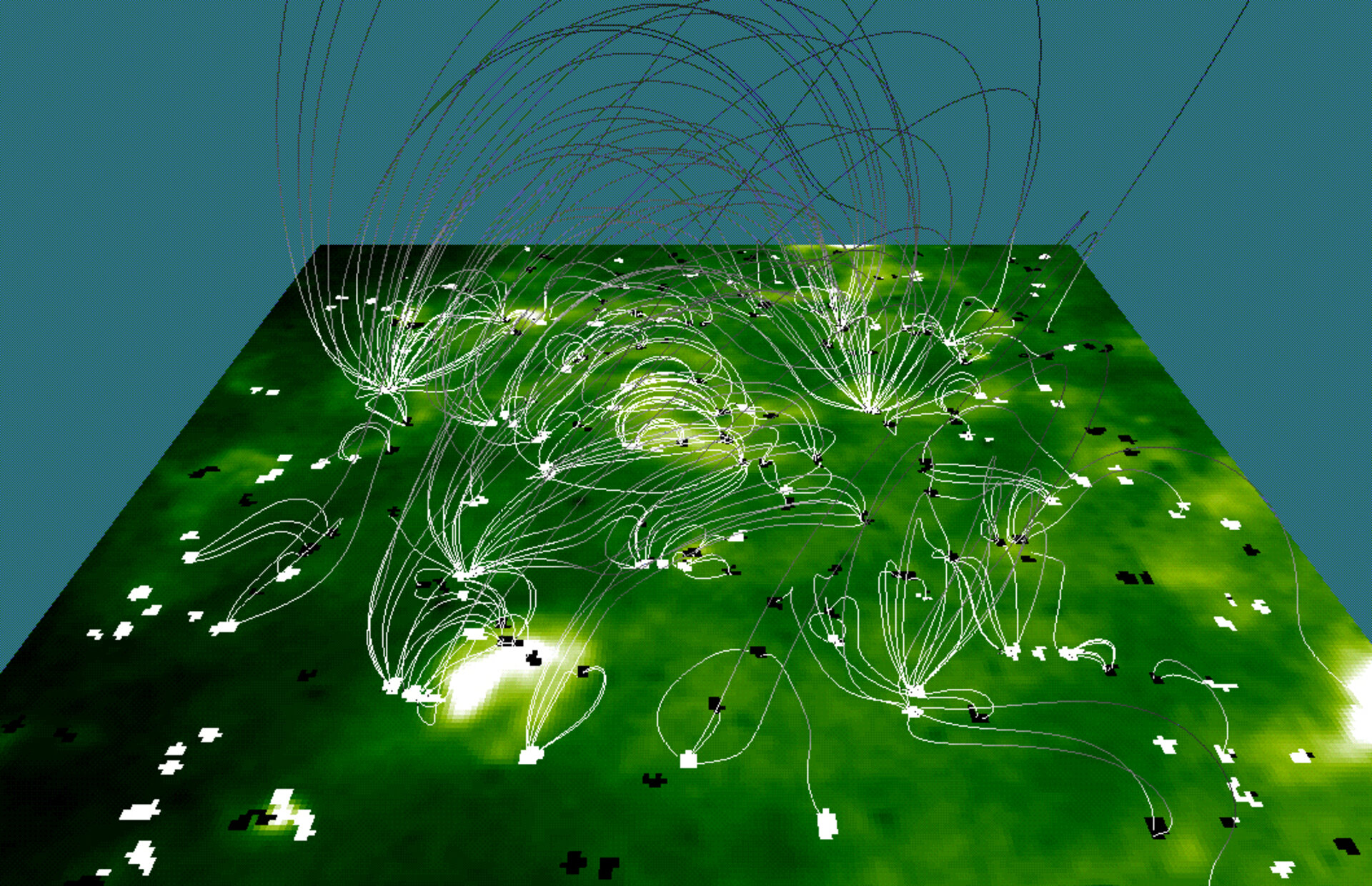 Magnetic reconnection – a phenomenon by which magnetic fields lines get interconnected and reconfigure themselves - is a universal process in space that plays a key role in various astrophysical phenomena such as star formation, solar explosions or the entry of solar material within the Earth's environment. Reconnection has been observed at large-scale boundaries between different plasma environments such as the boundary between Earth and interplanetary space. Plasma is a gas composed of charged particles.

An irregular behaviour of particle flows and magnetic fields causes plasma turbulence within which many small-scale boundaries can form, where reconnection has been predicted via modelling. However, thanks to Cluster this was the first time that this could be directly observed, opening up new perspectives to help us better understand the behaviour of turbulent plasma.

One of the most turbulent environments in the near-Earth space, the terrestrial magnetosheath is an accessible laboratory to study in-situ turbulence, unlike the solar atmosphere or accretion disks. Characterising the properties of the magnetic turbulence in this region is of prime importance to understand its role in fundamental processes such as energy dissipation and particle acceleration.

Observing reconnection at small-scale boundaries in space requires simultaneous measurements by at least four spacecraft flying in close formation. With an inter-spacecraft distance of only 100 kilometres, on 27 March 2002 the four Cluster satellites observed reconnection within a very thin current 'sheet' embedded in the turbulent plasma with a typical size of about 100 kilometres.

A challenge for the instruments onboard, the observations show that the turbulent plasma is accelerated and heated during the reconnection process. This newly observed type of small-scale reconnection seems also to be associated with the acceleration of particles to energies much higher than their average which could explain, in part, the creation of high energy particles by the Sun.

To quote Alessandro Retinò, lead author of this study and PhD student at the Swedish Institute of Space Physics, Uppsala, Sweden, "we found reconnection in one single current sheet, so that in such an environment of irregular magnetic fields one may think that reconnection is sporadic, but this is not the case. For this particular magnetosheath crossing, a very large number of other thin current sheets was found where reconnection is very likely to occur, a subject currently under investigation by our team."

This discovery of reconnection in turbulent plasma has significant implications for the study of laboratory and astrophysical plasmas, where both turbulence and reconnection develop and thus where turbulent reconnection is very likely to occur. Possible applications range from the dissipation of magnetic energy in fusion devices on Earth to the understanding of the acceleration of high energy particles in solar explosions called solar flares.

"Magnetic reconnection, turbulence and shocks are three fundamental ingredients of the plasma Universe," says Philippe Escoubet Cluster and Double Star project scientist at ESA. "The detailed understanding of these key processes and their associated multi-scale physics is a challenge for the future of space physics. One of the lessons learned from Cluster is the need for new space missions equipped with instruments of higher sensitivity and better time resolution together with a larger number of satellites."