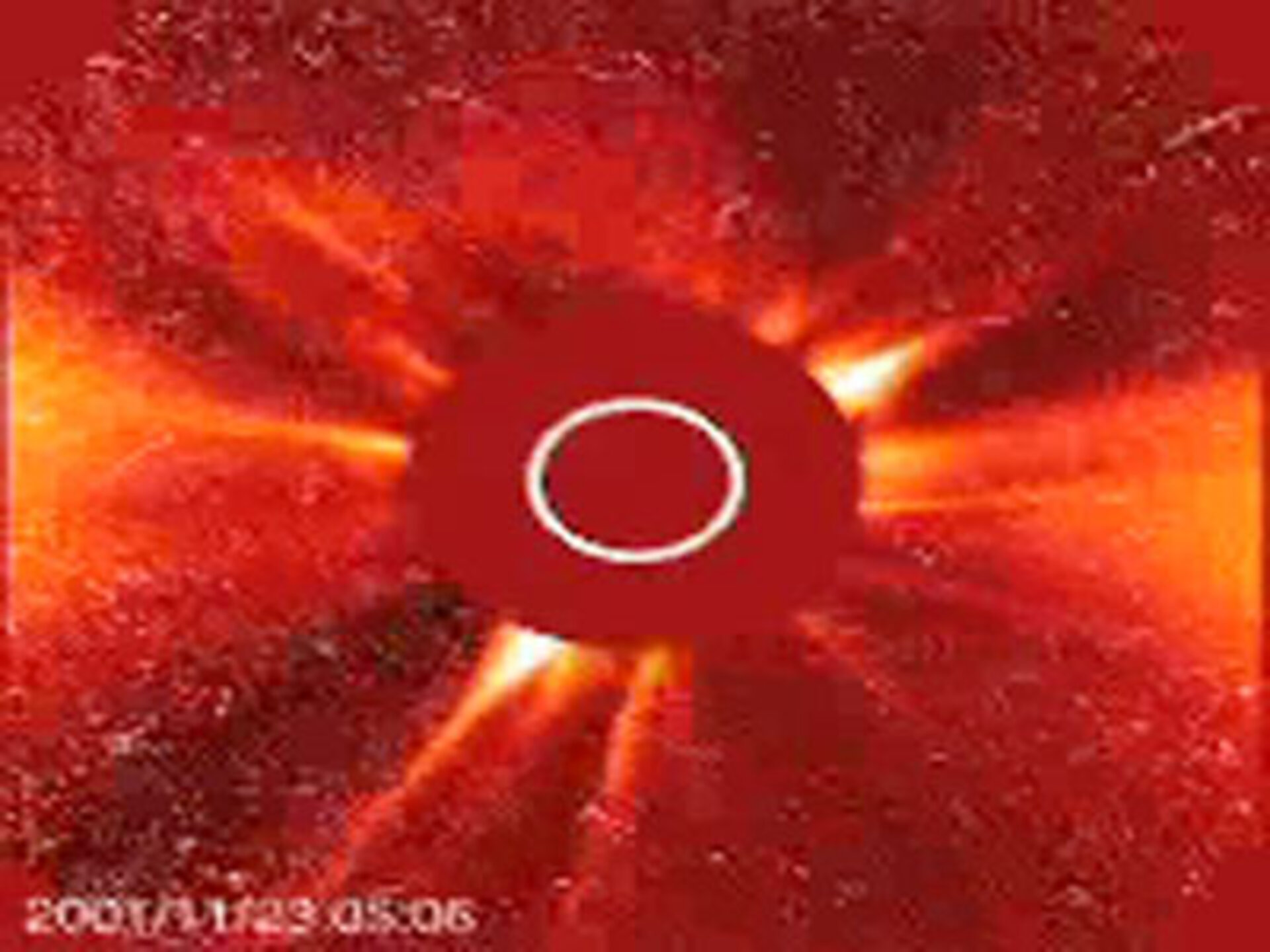 With Cluster data, scientists now have evidence that solar outbursts can generate conditions that slingshot matter in Earth’s magnetic environment to speeds higher than 1000 km/s.

The outburst responsible in a recent study was a Coronal Mass Ejection (CME), a massive cloud of charged particles coming from the Sun. The study compares observations from the four satellites of the ESA’s Cluster mission with global simulations of the magnetosphere.

While the Sun continuously loses a small fraction of its mass via the solar wind, a CME is a massive, one-off ejection of matter at high speeds, carrying up to 10 thousand million tonnes of charged particles, or plasma, into the solar system. Most CMEs travelling towards Earth are harmless, but some can affect orbiting satellites or even power grids. Understanding how CMEs impact Earth’s magnetic environment – and consequently space- based and terrestrial technologies – is an active field of research.

On 11 January 1997, the 200 million dollar AT&T Telstar 401 satellite suddenly fell silent, cutting TV coverage to millions of viewers. Six days later, after no contact, it was declared permanently out of service. The most likely cause of this failure is that Telstar 401 was hit by a CME.

On 25 November 2001, during the passage of a CME at Earth, the four Cluster satellites were skimming the border of the magnetosphere, in a region called the magnetosheath, when they detected plasma accelerated to speeds of 1040 km/s, while the speed of the solar wind was only 650 km/s.

This sort of acceleration has been observed in the past with or without the presence of a CME. Usually, it is a sign of magnetic reconnection, but on 25 November 2001, this was not the case.

By combining Cluster observations from that day with global Magneto Hydro Dynamic (MHD) simulations of the magnetosphere, the authors of the study found that solar wind conditions characteristic of most CMEs strongly accelerated plasma. As the CME reached Earth, solar wind magnetic field lines got stuck in the front of the magnetosphere, before sliding sideways and accelerating plasma like a ‘magnetic slingshot’.

“We have unambiguous proof that the strong plasma acceleration observed on 25 November 2001 by Cluster was not the result of magnetic reconnection, but because of conditions created by the CME”, said Dr Lavraud, lead author at Los Alamos National Laboratory, USA.

The presence of such high-speed flows has consequences on the interaction between the solar wind and the magnetosphere. It may increase wavy or viscous interactions at magnetospheric boundaries and lead to giant, spiral auroral features, as reported early this year by Lisa Rosenqvist from the Swedish Institute of Space Physics, Uppsala, Sweden.

“This result demonstrates that not only is Cluster data indispensable, but also there is great mutual benefit in comparing global MHD simulation results with Cluster measurements,” commented Philippe Escoubet, ESA’s Cluster and Double Star project scientist.

The observed giant spiral auroral features were reported in ‘An unusual giant spiral arc in the polar cap region during the northward phase of a Coronal Mass Ejection’ by Rosenqvist, L., Kullen A., and Buchert S. published in the Annales Geophysicae on (2007).