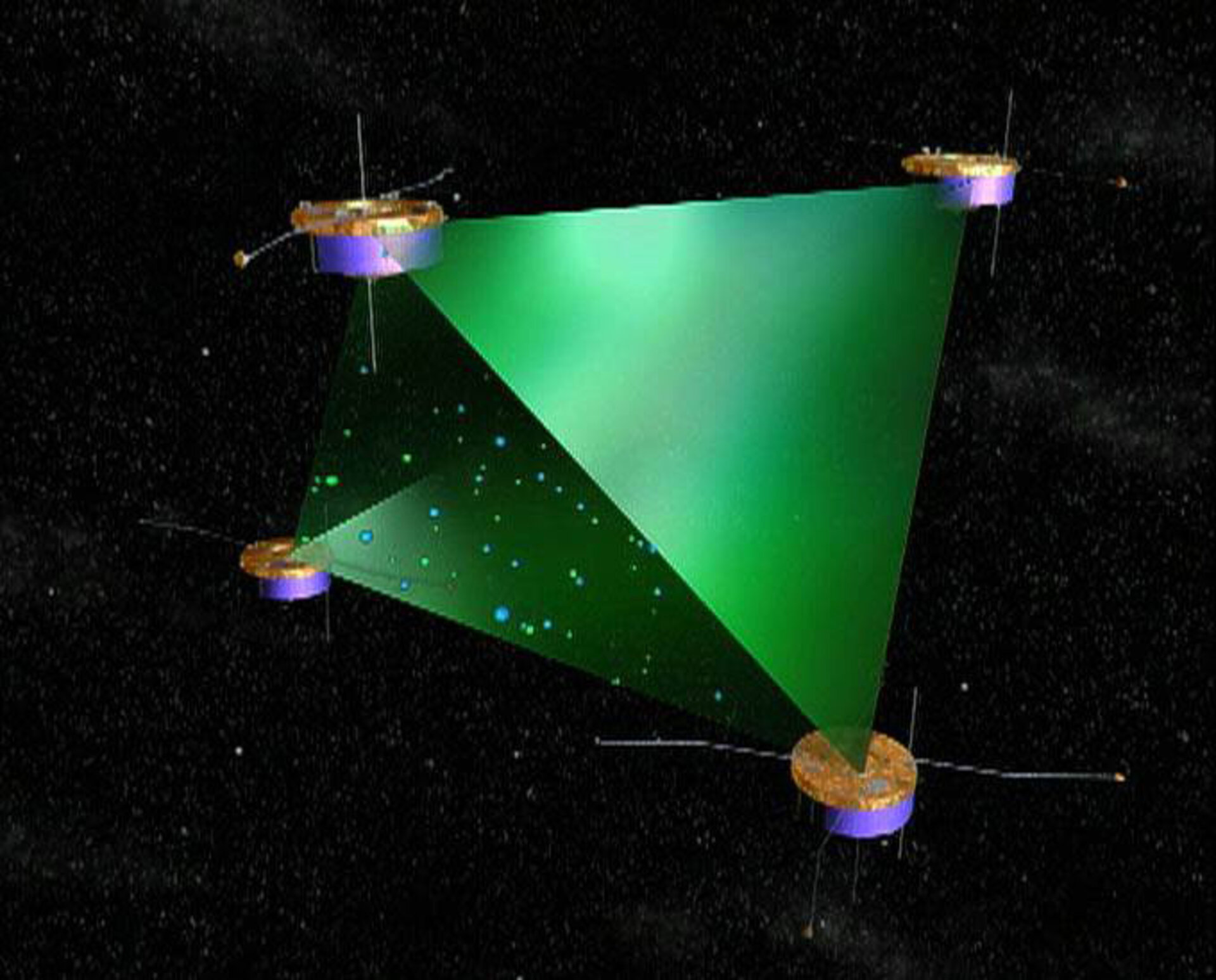 The name Cluster was chosen because of the way the four spacecraft fly in a group around Earth. When studies demonstrated that it would be possible to reuse some parts and to fly four spacecraft almost identical to those lost in the first launch, the replacement mission was initially named Cluster II, but now it is generally referred to as Cluster. Flying in a tetrahedral (triangular pyramid) formation, the four spacecraft are collecting the most detailed data yet on small-scale changes in near-Earth space, and the interaction between the charged particles of the solar wind and Earth's atmosphere. These enable scientists to build a three-dimensional model of the magnetosphere and to better understand the processes taking place inside it.

Cluster rounds Earth in an elliptical polar orbit. The closest it comes to Earth is a few hundred kilometres. The furthest is 125 000 km. The time to complete a single orbit is 54 hours 35 minutes.

Each of the four spacecraft carries an identical set of 11 instruments to investigate charged particles, electrical and magnetic fields. These were built by European and American instrument teams led by Principal Investigators.