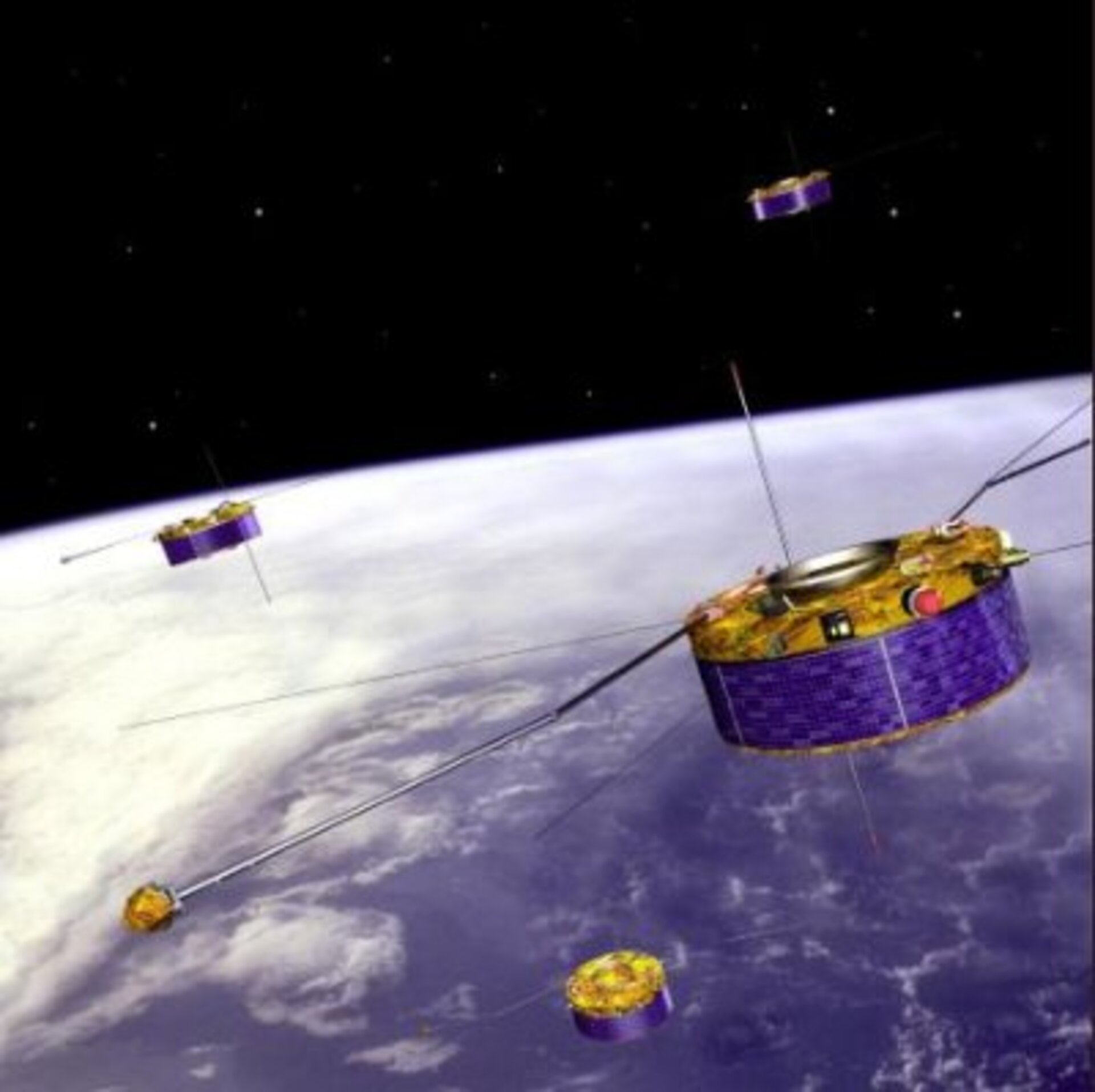 ESA’s Cluster mission has revealed a new creation mechanism of ‘killer electrons’ - highly energetic electrons that are responsible for damaging satellites and posing a serious hazard to astronauts.

Over the past five years, a series of discoveries by the multi-spacecraft Cluster mission have significantly enhanced our knowledge of how, where and under which conditions these killer electrons are created in Earth’s magnetosphere.

Early satellite measurements in the 1950s revealed the existence of two permanent rings of energetic particles around Earth.

Usually called the ‘Van Allen radiation belts’, they are filled with particles trapped by Earth’s magnetic field. Observations showed that the inner belt contains a fairly stable population of protons, while the outer belt is mainly composed of electrons in a more variable quantity.

Some of the outer belt electrons can be accelerated to very high energies, and it is these ‘killer electrons’ that can penetrate thick shielding and damage sensitive satellite electronics. This intense radiation environment is also a threat to astronauts.

For a long time scientists have been trying to explain why the number of charged particles inside the belts vary so much. Our major breakthrough came when two rare space storms occurred almost back-to-back in October and November 2003.

During the storms, part of the Van Allen radiation belt was drained of electrons and then reformed much closer to the Earth in a region usually thought to be relatively safe for satellites.

When the radiation belts reformed they did not increase according to a long-held theory of particle acceleration, called ‘radial diffusion’. Radial diffusion theory treats Earth’s magnetic field lines as being like elastic bands.

If the bands are plucked, they wobble. If they wobble at the same rate as the particles drifting around the Earth then the particles can be driven across the magnetic field and accelerated. This process is driven by solar activity.

Instead, a team of European and American scientists led by Dr Richard Horne of the British Antarctic Survey, Oxford, UK, used data from Cluster and ground receivers in Antarctica to show that very low frequency waves can cause the particle acceleration and intensify the belts.

These waves, named ‘chorus’, are natural electromagnetic emissions in the audio frequency range. They consist of discrete elements of short duration (less than one second) that sound like the chorus of birds singing at sunrise. These waves are among the most intense in the outer magnetosphere.

The number of ‘killer electrons’ can increase by a factor of a thousand at the peak of a magnetic storm and in the following days. Intense solar activity can also push the outer belt much closer to Earth, therefore subjecting lower altitude satellites to a much harsher environment than they were designed for.

The radial diffusion theory is still valid in some geophysical conditions. Before this discovery, some scientists thought that chorus emissions were not sufficiently efficient to account for the reformation of the outer radiation belt. What Cluster has revealed is that in certain highly disturbed geophysical conditions, chorus emissions are sufficient.

Thanks to the unique multipoint measurements capability of Cluster, the characteristic dimensions of these chorus source regions have been estimated for the first time.

However, the dimensions found so far are based on case studies. “Under disturbed magnetospheric conditions, the chorus source regions form long and narrow spaghetti-like objects. The question now is whether those very low perpendicular scales are a general property of the chorus mechanism, or just a special case of the analysed observations, said Ondrej Santolík, of Charles University, Prague, Czech Republic, and main author of this result.

Due to our increased reliance on space based technologies and communications, the understanding of how, under which conditions and where these killer electrons are created, especially during magnetic storm periods, is of great iimportance.