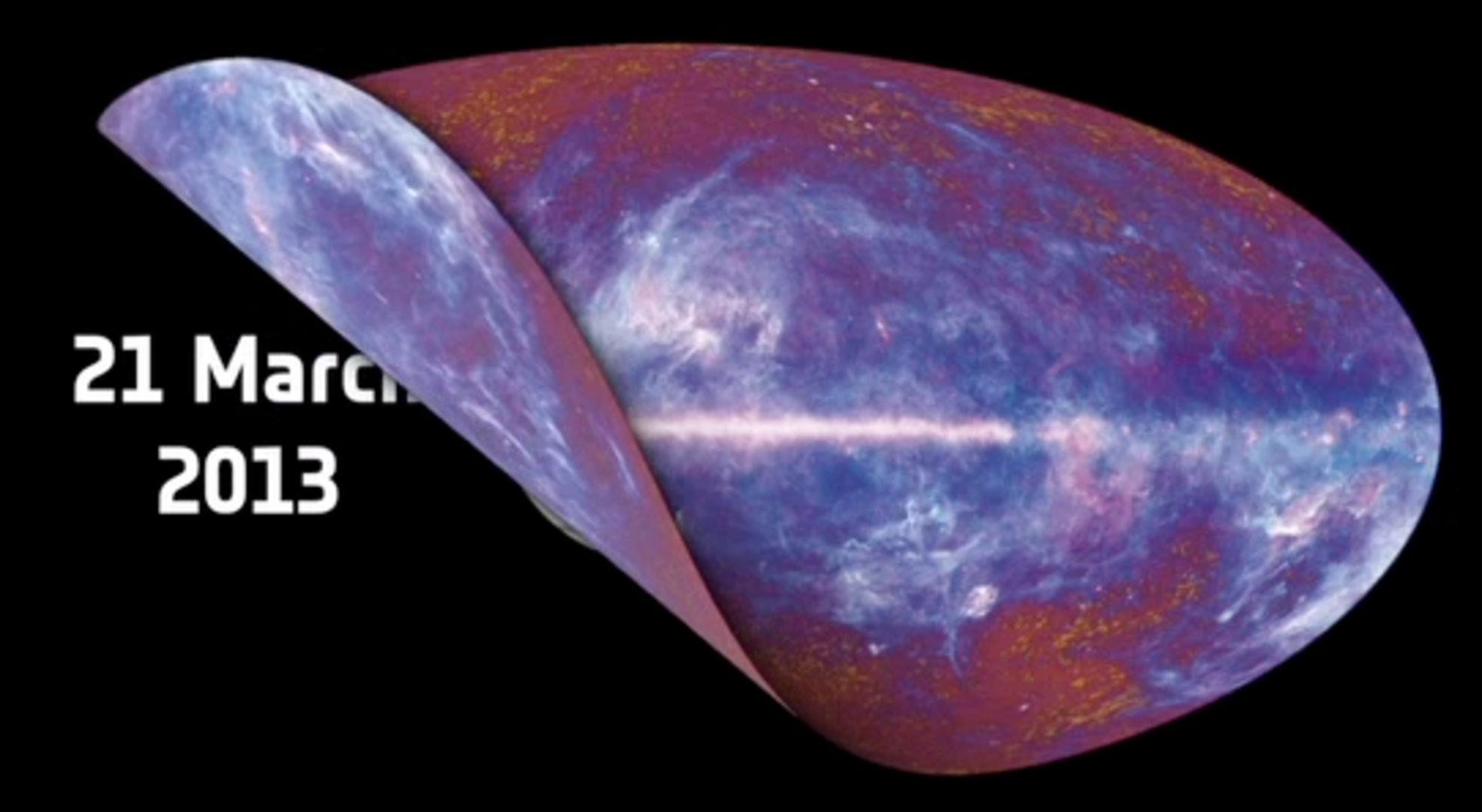 This Thursday, scientists will unveil the best image yet of the cosmic microwave background – the ‘afterglow’ of the Big Bang – by ESA’s Planck space telescope.

The main disc of our Milky Way Galaxy runs across the centre of the image with streamers of cold dust reaching above and below, tracing out a web of forming stars.

Behind the Milky Way lies the mottled backdrop of the cosmic microwave background (CMB), the oldest light in our 13.7 billion-year-old Universe. It blankets the entire Universe and is even responsible for a tiny fraction of static on analogue television sets.

The CMB was frozen into the sky when the Universe was just 380 000 years old. As the Universe expanded, the CMB signal was stretched out to microwave wavelengths, equivalent to a temperature of just 2.7 degrees above absolute zero.

The mottled pattern represents minute differences in temperatures that correspond to regions of slightly different densities at very early times in the Universe’s history, representing the seeds of all future structure: the stars and galaxies of today.

From this map, scientists can learn about the composition and evolution of the Universe from its birth to the present day and beyond.

The first space mission to study the CMB was NASA’s Cosmic Background Explorer, launched in 1989. NASA’s second-generation Wilkinson Microwave Anisotropy Probe was launched in 2001 to study the CMB fluctuations in much more detail. All-sky CMB maps from these missions are shown here in black and white, as the animation peels back the progressively more detailed views of the Big Bang afterglow.

Now Planck has ‘tuned in’ to this background radiation with even greater precision, extracting and removing the foreground emissions to reveal the CMB in the highest detail yet.

The new map will be presented and discussed at a dedicated press conference held at ESA Headquarters on Thursday at 10:00 CET. The event will be streamed live via www.esa.int