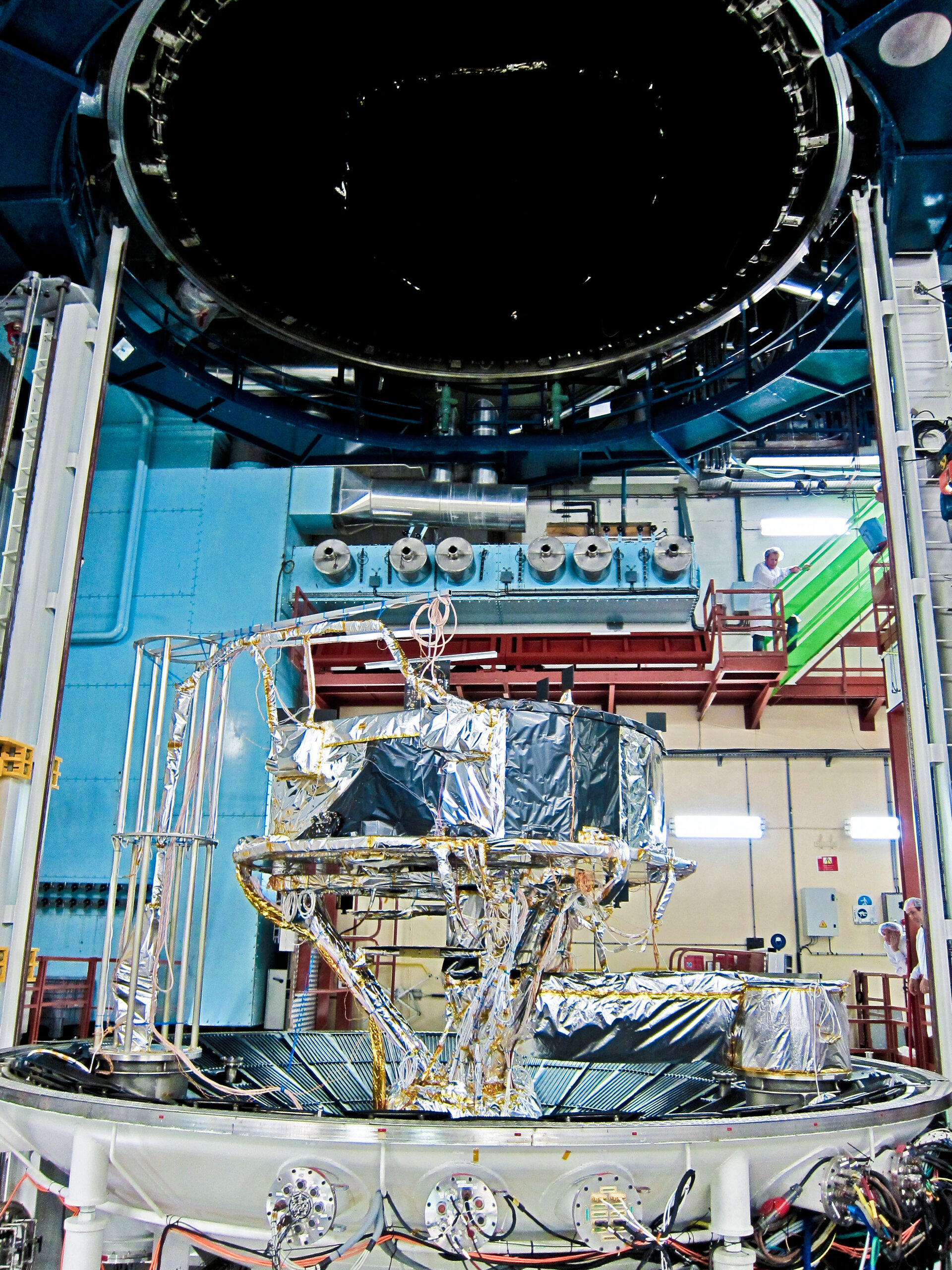 ESA’s Gaia mission to survey a billion stars has passed a gruelling test to prove it can withstand the extreme temperatures it will experience in space when it is launched next year.

After arrival at its working position some 1.5 million km from Earth, Gaia will operate at a temperature of –110°C, shielded from the heat of the Sun by a giant shade attached to the spacecraft to keep its instruments in permanent shadow.

The focus of the most recent test was Gaia’s service module, which houses electronic units to run the science instruments, as well as the units that provide the spacecraft resources, such as thermal control, propulsion, communication, and attitude and orbit control.

The tests were carried out at Intespace, a spacecraft test facility in Toulouse, inside a barrel-shaped chamber. Here, Gaia was entombed under vacuum conditions and subjected to a range of temperatures.

During the 19-day test, Gaia endured two types of test: the thermal balance and the thermal–vacuum cycle.

In the thermal balance test Gaia’s service module units were switched on and their response to a frigid environment of –170°C analysed.

In the thermal–vacuum cycle, the temperatures of the units were pushed to their limits with the aid of heaters, and functional tests verified the instruments could still work properly.

Temperatures between –20°C and +70°C were recorded inside Gaia during the test period.

“The thermal tests went very well; all measurements were close to predictions and the spacecraft proved to be robust with stable behaviour,” reports Gaia Project Manager Giuseppe Sarri.

Later this year, the same thermal tests will be carried out on Gaia’s payload module, which contains the scientific instruments, for around two months.

The payload module will then be mated to the service module at the beginning of 2013.

Once in space, Gaia will make precise measurements of the positions and motions of a billion stars. The information will be used to create a 3D map of stars in our home Galaxy, the Milky Way, revealing information about its composition, formation and evolution.

“The latest thermal test marks a major milestone achieved in the development of Gaia,” says Giuseppe.

“It demonstrated that the service module is compatible with working in space and that we are on track for launch by the end of next year.”