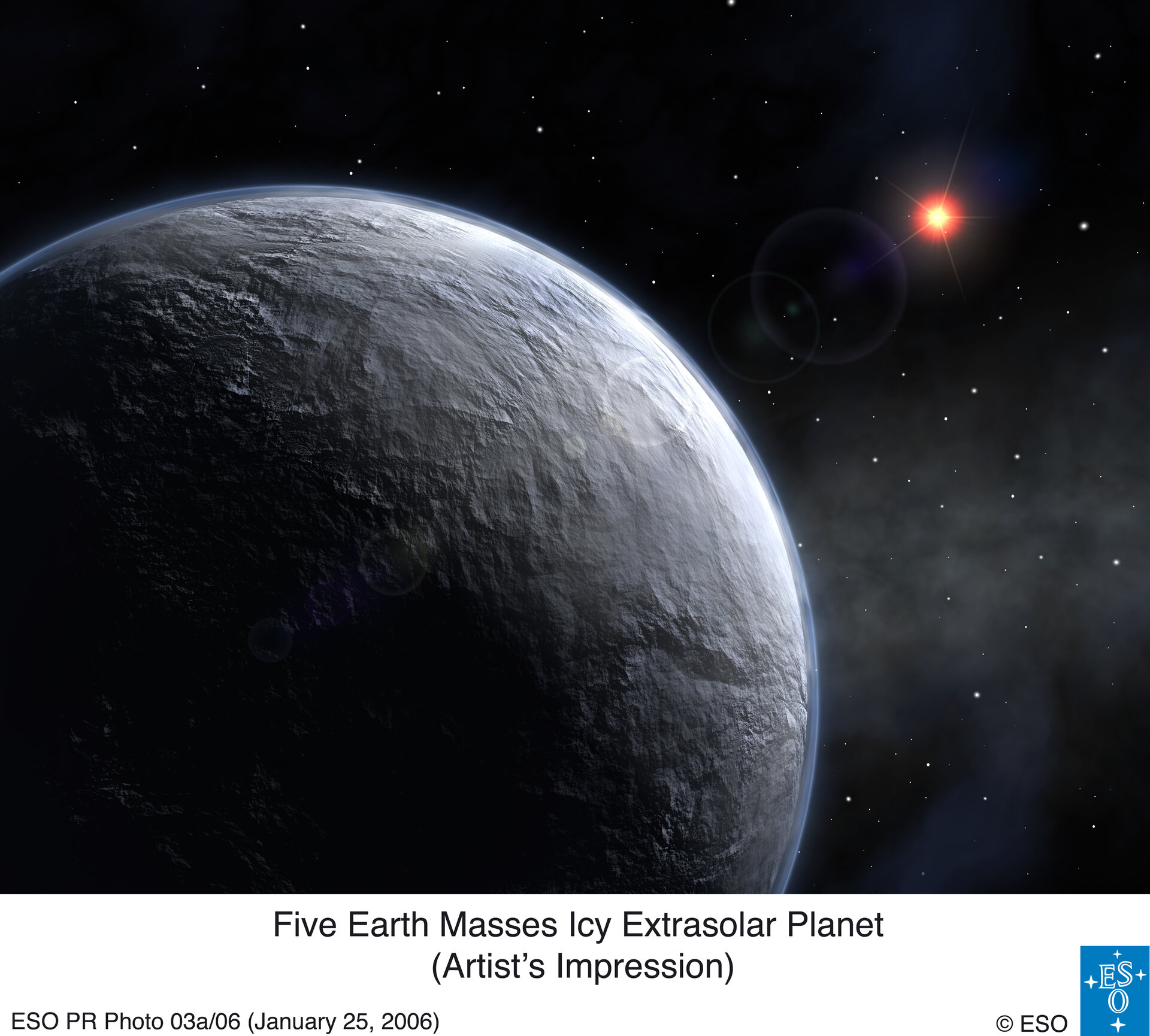 An international team of astronomers has found a planet, orbiting around another star, which is more similar to Earth than any other found to date.

This ground-breaking discovery of a new extra-solar planet, or 'exoplanet', has been made by scientists searching for Earth-like planets that are capable of supporting life.

Altogether 160 exoplanets have been found since the first was discovered in 1995, but all of them have been very different to those found in our Solar System. This new planet, which is only about five times bigger than Earth, is the smallest exoplanet ever found orbiting a star.

Designated 'OGLE-2005-BLG-390Lb', this exoplanet is around 25 000 light-years away from Earth, close to the centre of our own galaxy, the Milky Way.

It has an orbital period of 10 years and is about three times as far from its parent star as Earth is from our Sun.

The new planet was found using the ‘microlensing’ technique by the leader of the RoboNet microlensing planet search, Prof. Keith Horne of the University of St Andrews, Scotland. He described this technique as the 'fastest way to find small cool planets down to the mass of Earth'.

"If we can deploy robotic telescopes at additional sites in the southern hemisphere, we can expect to find several more cool planets every year, which could include the first detection of extra-solar Earths," commented Malcolm Fridlund, study scientist for ESA’s Darwin mission.

"This is a very important discovery. It is the first planet which is likely to be ‘rocky’, or similar to the composition of Earth, Venus and Mars, as opposed to gas giants of the Jupiter type. Planets of the terrestrial type are of course the ‘holy grail’ for those who search for life in the Universe," Fridlund added.

ESA is also involved in the Corot mission to be launched later this year. This will search for planets which 'occult' their parental stars. A planet like OGLE-2005-BLG-390Lb found closer to its star would be easy for Corot to see and this discovery makes it even more probable.

"For ESA it also implies that missions like Darwin will be more likely to succeed in their quest to study true Earth-like planets in detail," explained Fridlund.

The first details of this discovery are made in the 25 January edition of the journal Nature.

ESA’s Darwin is intended to search for Earth-like planets, the most likely places for life to develop; it will survey 1000 of the closest stars, looking for small rocky planets.

Darwin will be a flotilla of four free-flying spacecraft that will search for such Earth-like planets around other stars and analyse their atmospheres for the chemical signature of life.

Corot, due for launch at the end of this year, will be the first mission capable of detecting rocky planets, several times larger than Earth, around nearby stars. Corot is led by the French space agency CNES.

ESA joined the mission in October 2000 by agreeing to provide the optics for the telescope and to test the payload. As a result of the collaboration, scientists from ESA’s Member States will be given access to the satellite’s data.