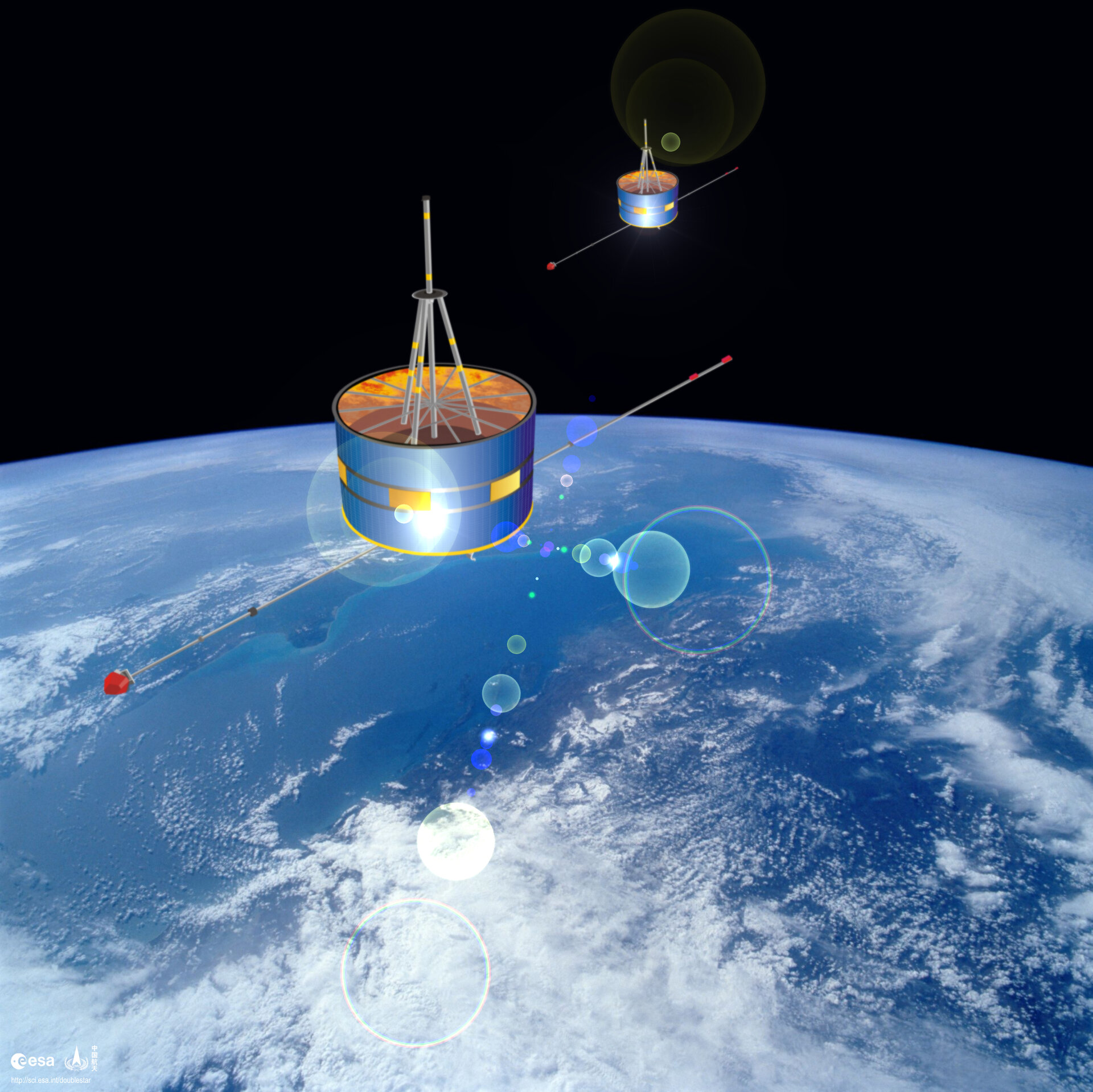 The two Double Star satellites were launched in December 2003 and July 2004 respectively – a schedule that enabled them to operate alongside ESA's Cluster mission. Since then, Double Star and the four Cluster satellites have been working together, making an unprecedented study of the Sun-Earth connection from six different viewpoints in space.

After a nominal mission of one year, Double Star had already been extended for further 17 months, following an SPC decision in May 2005. Double Star has helped to provide many new insights concerning the boundaries of the magnetosphere and the processes that play a role in the transportation of mass and energy.

As another example, both missions also found out that the near-Earth space is 'fizzing'. Above our heads, where the Earth's magnetic field meets the constant stream of gas and particles from the Sun, thousands of bubbles of superheated gas are constantly growing and popping.

The main scientific reason to further extend the Double Star operations is to complete, in combination with Cluster, the magnetospheric monitoring during the dayside season. During the extension period, the orbital planes of the Double Star and Cluster flotillas – initially aligned – will be separated by 60º in 'azimuth', or local time, providing new satellite 'constellations' and viewpoints.

This new large separation will also enable the study on a global scale the effect of big solar events like large coronal mass ejections or high-speed solar winds streams on the magnetosphere. This in particular applies to the inner regions of the magnetosphere, where the Earth's radiation belt and the ring-current regions lie. In these regions, the amount of energetic particles can vary significantly, especially during solar storms, and again can cause damage to satellites and astronauts.

Last but not least, thanks to this extension Double Star, Cluster and new solar-terrestrial missions will greatly benefit from a unique synergy of objectives. NASA's recently launched STEREO satellites and the upcoming THEMIS five-spacecraft mission will soon make, together with the Cluster and Double Star satellites, a 13-satellite flotilla studying the interaction between the Sun and the near-Earth environment.

STEREO will look at the Sun’s explosive events such as Coronal Mass Ejections (CMEs) and their propagation in the heliosphere (the sphere of influence of the Sun). Double Star will simultaneously look at the interactions of these CMEs with the regions called 'bow shock' and 'magnetopause'. THEMIS will study the origin of geomagnetic substorms. Cluster will continue its 3D characterisation of all these phenomena.

In this way, about half of the magnetosphere will be covered simultaneously by these missions – an absolute first in the history of space exploration.

ESA's four Cluster satellites were launched in two pairs in July and August 2000. The mission was repeatedly extended, and it is now due to operate until December 2009.