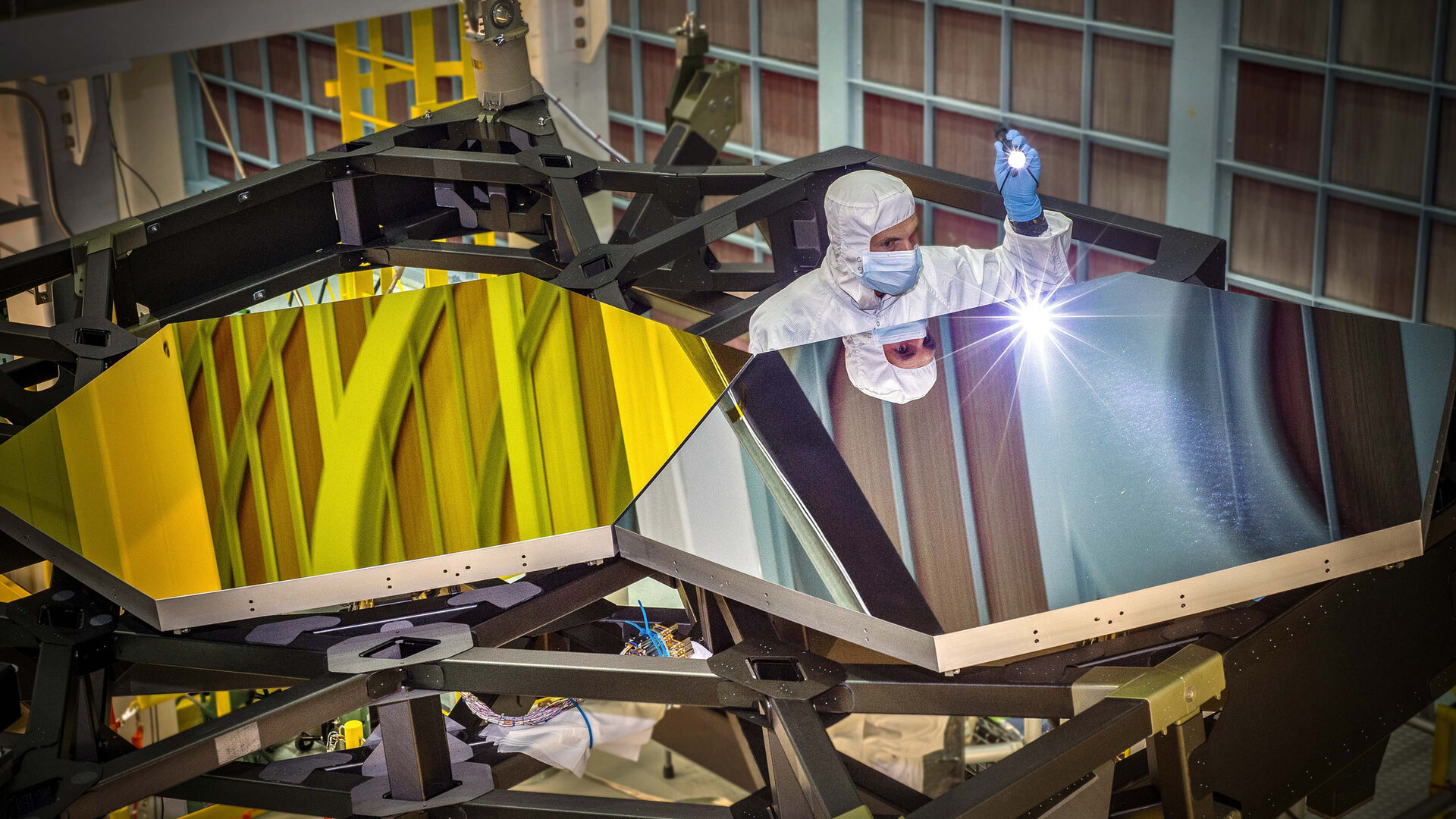 The next great space observatory took a step closer this week when ESA signed the contract with Arianespace that will see the James Webb Space Telescope launched on an Ariane 5 rocket from Europe’s Spaceport in Kourou in October 2018.

Ariane is part of the European contribution to the cooperative mission with NASA and the Canadian Space Agency, along with two of the four state-of-the-art science instruments for infrared observations of the Universe.

The telescope’s wide range of targets includes detecting the first galaxies in the Universe and following their evolution over cosmic time, witnessing the birth of new stars and their planetary systems, and studying planets in our Solar System and around other stars.

With a 6.5 m-diameter telescope, the observatory must be launched folded up inside Ariane’s fairing. The 6.6 tonne craft will begin unfolding shortly after launch, once en route to its operating position some 1.5 million km from Earth on the anti-sunward side.

The contract includes a cleaner fairing and integration facility to avoid contaminating the sensitive telescope optics.

“With this key contract now in place with our long-standing partners, we are closer than ever to seeing the scientific goals of this next-generation space observatory realised,” says Jan Woerner, ESA’s Director General.

“This agreement is a significant milestone,” says Eric Smith, NASA’s JWST programme director. “The years of hard work and excellent collaboration between the NASA, ESA and Arianespace teams that have made this possible are testimony to their dedication to the world’s next great space telescope.”

“It is a great honour for Arianespace to be entrusted with the launch of JWST, a major space observatory which will enable science to make a leap forward in its quest of understanding our Universe,” said Stéphane Israël, Chairman and CEO of Arianespace.

“It is also an immense privilege to be part of such an international endeavour gathering the best of US, European and Canadian space technology and industry.”

JWST’s science module, with all four flight instruments, is undergoing final tests at cryogenic temperatures at NASA’s Goddard Space Flight Center. Assembly of the 18 mirror segments, which will unfold after launch, is also now underway.

“With the launch service agreement formally agreed, and with NASA’s continuing solid progress of integrating and testing JWST, we keep the steady pace towards the launch in October 2018,” says Peter Jensen, ESA’s project manager.