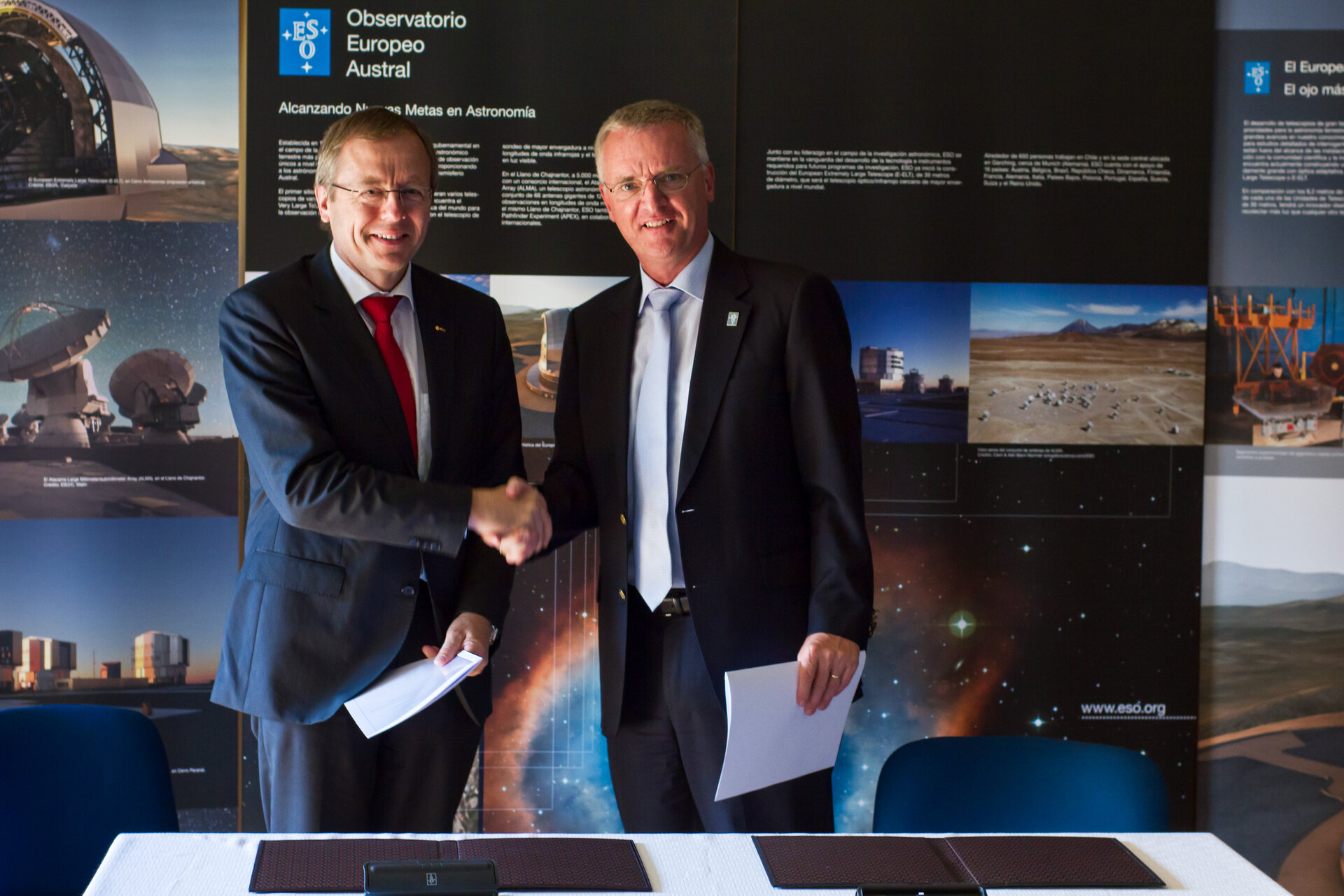 There is considerable overlap of interests between ESO, pre-eminent in ground-based astronomy, and ESA, Europe’s leader in space research and technology. The new agreement provides a framework for future close cooperation and exchange of information in many areas, including technology and scientific research.

On the day after the signature ceremony the two Directors General and accompanying staff visited the VLT and other facilities at ESO's Paranal Observatory.