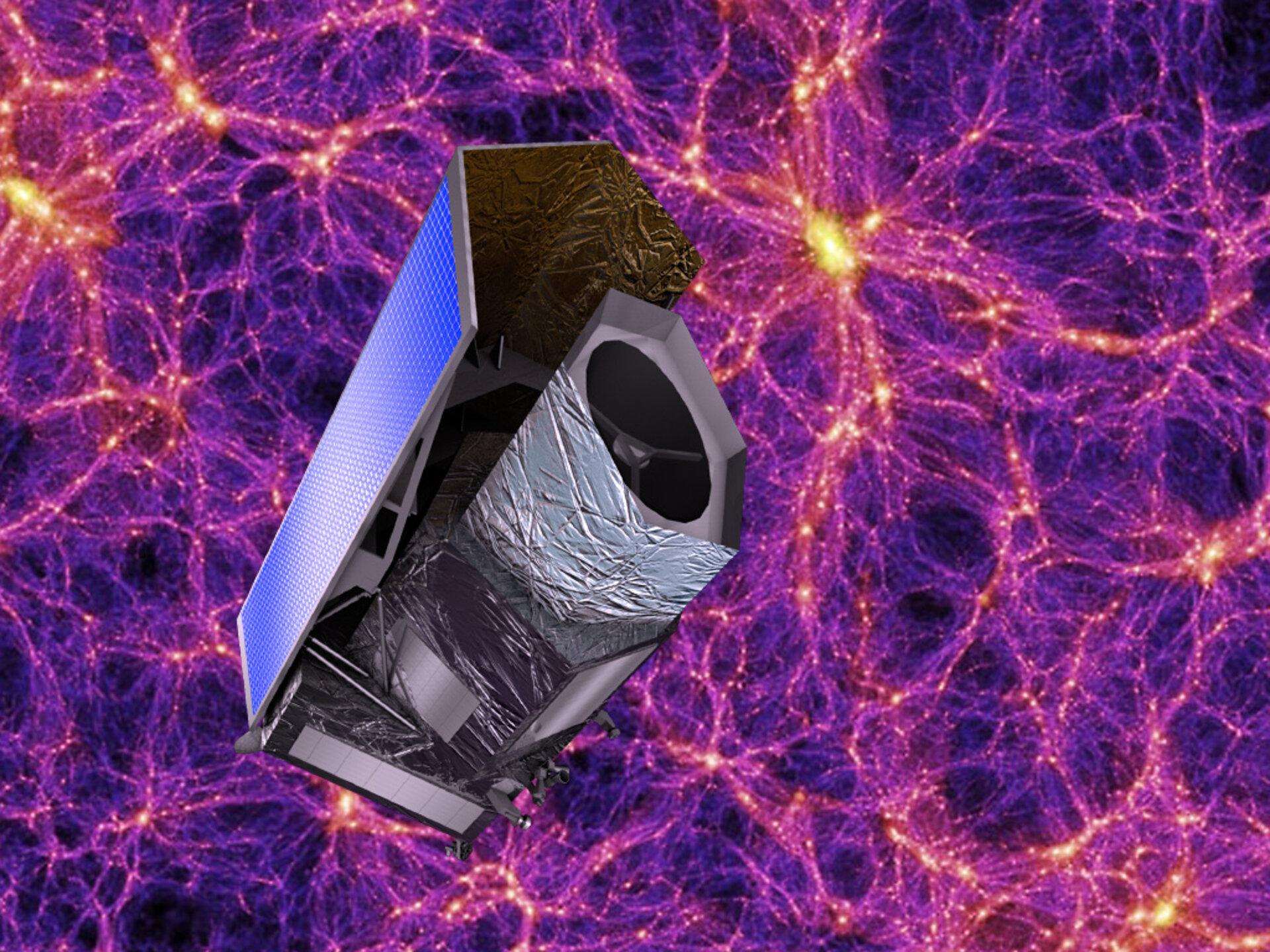 The module carrying the telescope and scientific instruments of ESA’s Euclid ‘dark Universe’ mission is now being developed by Astrium in Toulouse, France.

Euclid will be launched in 2020 to explore dark energy and dark matter in order to understand the evolution of the Universe since the Big Bang and, in particular, its present accelerating expansion.

Dark matter is invisible to our normal telescopes but acts through gravity to play a vital role in forming galaxies and slowing the expansion of the Universe.

Dark energy, however, causes a force that is overcoming gravity and accelerating the expansion seen around us today.

Together, these two components are thought to comprise 95% of the mass and energy of the Universe, with ‘normal’ matter, from which stars, planets and we humans are made, making up the remaining small fraction. Their nature remains a profound mystery.

“Euclid will address the cosmology-themed questions of ESA’s Cosmic Vision 2015–25 programme with advanced payload technologies, enabling Europe to become a world leader in this field of research,” says Thomas Passvogel, Head of the Project Department in ESA’s Directorate of Science and Robotic Exploration.

Astrium will deliver a fully integrated payload module incorporating a 1.2 m-diameter telescope feeding the mission’s two science instruments, which are being developed by the Euclid Consortium.

The two state-of-the art, wide-field instruments – a visible-light camera and a near-infrared camera/spectrometer – will map the 3D distribution of up to two billion galaxies and the associated dark matter and dark energy, spread over more than a third of the whole sky.

By surveying galaxies stretched across ten billion light-years, the mission will plot the evolution of the very fabric of the Universe and the structures within it over three-quarters of its history.

In particular, Euclid will address one of the most important questions in modern cosmology: why is the Universe expanding at an accelerating rate today, rather than slowing down due to the gravitational attraction of all the matter in it?

The discovery of this cosmic acceleration in 1998 was rewarded with the Nobel Prize for Physics in 2011 and yet there is no accepted explanation for it.

By using Euclid to study its effects on the galaxies and clusters of galaxies across the Universe, astronomers hope to come much closer to understanding the true nature and influence of this mysterious dark energy.

“We are excited that Euclid has reached this important milestone, allowing us to progress towards launch in 2020, and bringing us ever closer to uncovering some of the Universe’s darkest secrets,” says Giuseppe Racca, ESA’s Euclid Project Manager.

Euclid is an ESA survey mission to investigate the nature of dark matter and dark energy. It was selected as the second Medium-class mission in ESA’s Cosmic Vision programme in October 2011 and formally adopted in June 2012. The mission will be launched in 2020 and will orbit around the Sun–Earth L2 point located 1.5 million km from Earth. Science and spacecraft operations will be conducted by ESA.

More than 1000 scientists from over 100 institutes form the Euclid Consortium building the instruments and participating in the scientific harvest of the mission. The consortium comprises scientists from 13 European countries: Austria, Denmark, France, Finland, Germany, Italy, the Netherlands, Norway, Portugal, Romania, Spain, Switzerland and the UK. It also includes a number of US scientists, including 40 nominated by NASA.