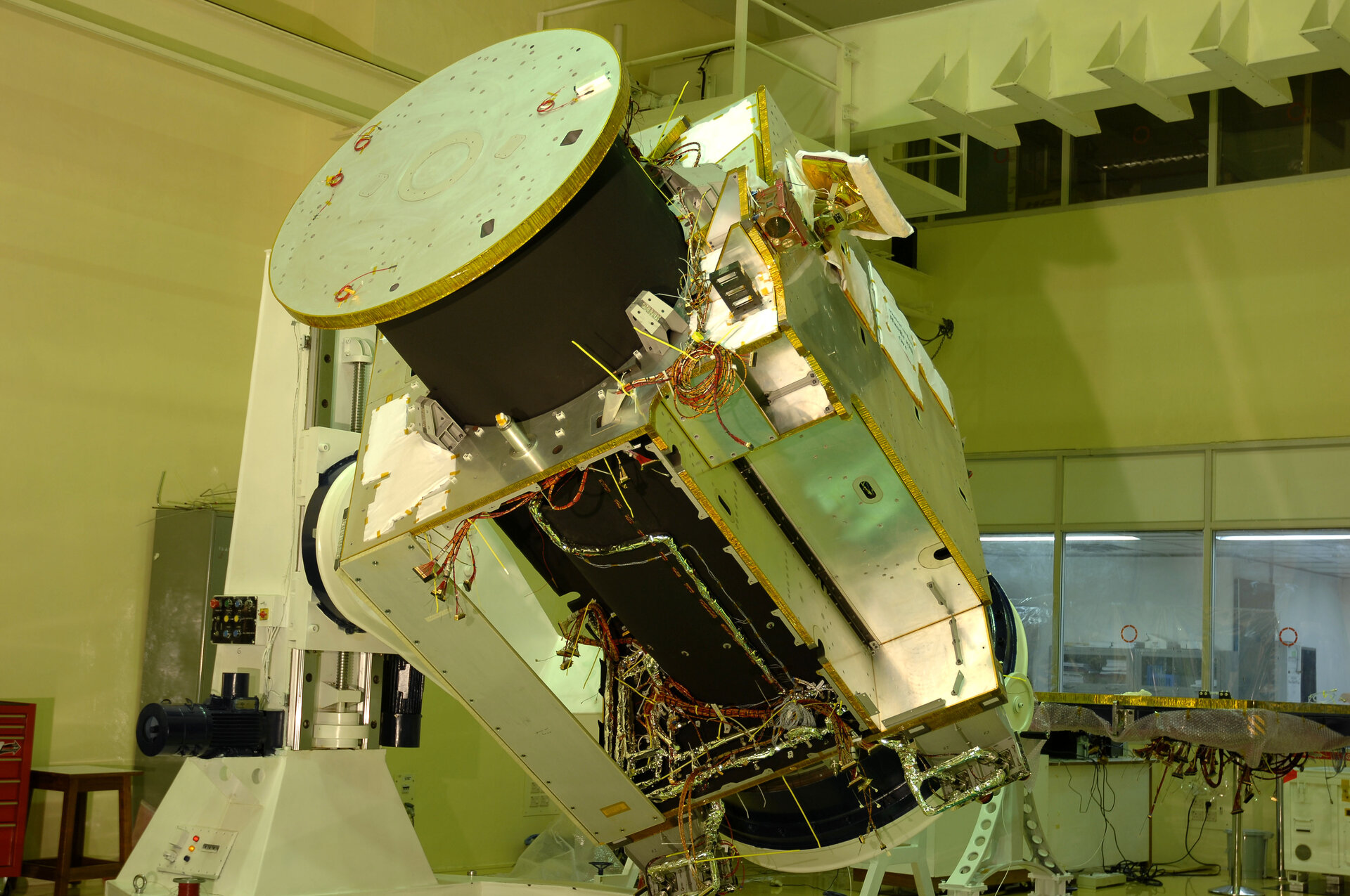 Europe is participating in a big way in the Indian Space Agency’s Chandrayaan-1 mission to the Moon, by contributing three instruments. All these instruments have now been delivered, tested and integrated with the spacecraft.

The Chandrayaan-1 spacecraft is now at the Indian Space Research Organisation, ISRO’s facilities in Bangalore, India. Delivery for each instrument is completed once the hardware physically arrives, has been integrated with the spacecraft, and the software interfaces are checked.

SIR-2, a near-infrared spectrometer was delivered in the first week of November last year. SARA, Sub-kilo electron volt Atom Reflecting Analyser, was delivered on 8 April 2008. Europe’s contribution is now complete as the Chandrayaan-1 X-ray Spectrometer (C1XS), the third instrument, was tested and integrated with the spacecraft on 22 August.

SIR-2 will survey the Moon’s geological composition and the effect of space weathering on its surface. Data from the instrument will be used to study the formation of the structures that exist on the Moon. SIR-2 is led by the Max-Planck Institute for Solar System science.

This instrument builds upon the infrared spectrometer (SIR), which flew on SMART-1. The combination of the improvements made and the low orbit of Chandrayaan-1 will enable superior scientific measurements.

SARA, led by the Swedish Institute of Space Physics, and developed with hardware contribution from the Space Physics Laboratory at the Vikram Sarabhai Space Centre, India, will measure the resulting atomic emission from interactions of the solar wind with the Moon’s surface.

“The experience with SARA will prepare us for a similar instrument on BepiColombo,” says Christian Erd, ESA’s Chandrayaan-1 Project Manager.

X-ray Spectroscopy of the Moon, the objective of C1XS, will yield information on the origin and evolution of our planet’s natural satellite. C1XS builds upon the legacy of the D-CIXS instrument that flew on board SMART-1, and consists of significant upgrades based on the experience gained with ESA’s lunar mission.

C1XS has been developed in collaboration between Rutherford Appleton Laboratory, UK and the ISRO Satellite Centre, with support from ESA.

Erd added, “SARA follows up on instruments used on board Mars and Venus Express and will be the first instrument to study plasma-surface interactions, while SIR-2 and C1XS build upon the legacy of SMART-1. The lessons we have learnt through experience will be put to good use with Chandrayaan-1.”

Chandrayaan-1’s low orbit will bring it very close to the Moon, returning data of a high quality.

“European scientists will have the fantastic opportunity to continue our work on the Moon,” added Detlef Koschny, ESA Chandrayaan-1 Project Scientist.

The integration of all instruments of the Chandrayaan-1 mission is now complete and validation tests to check the functionality of the spacecraft and the suite of instruments are underway.

ESA’s contribution consists of the support and coordination of three European instruments for the mission, support in optimising the flight trajectory and development, and preparations of the science operations phase of all the instruments.