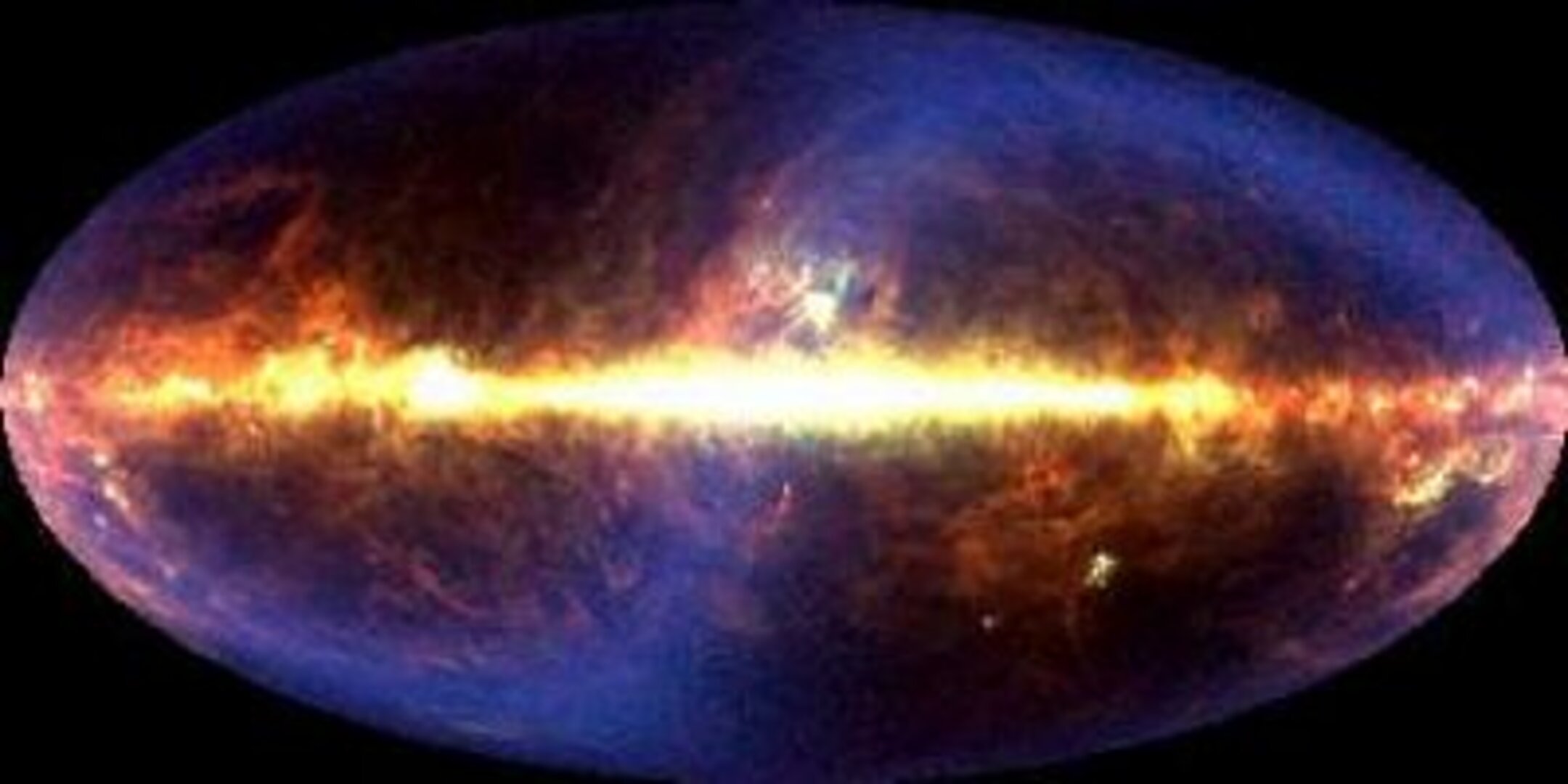 Markus Landgraf of the European Space Agency and colleagues (*) have found the first direct evidence that a bright disc of dust surrounds our Solar System, starting beyond the orbit of Saturn.

Remarkably, their discovery gives astronomers a way to determine which other stars in the Galaxy are most likely to harbour planets and allows mission planners to draw up a 'short-list' of stars to be observed by ESA's future planet-search missions, Eddington and Darwin.

The discovery of the Solar System's dust ring strengthens the idea that such features around mature stars are signposts to planetary systems. The reason for this is that planetary systems are thought to condense from a cloud of gas and dust. Planets form near the central star, where the material is densest. However, at great distances from the star, the gas and dust is sparse and can coalesce only into a vast band of small, icy bodies. In our Solar System, they form the so-called Edgeworth-Kuiper belt that extends out beyond the orbit of Neptune. Any remaining dust is lost to deep space.

Ordinarily, dust is either incorporated into larger celestial bodies or ejected from the Solar System. For it still to be present today, means that something is replenishing it.

"In order to sustain such a ring, 50 tonnes of dust have to be generated every second," says Landgraf.

He and his colleagues believe that collisions between the icy remnants of the Edgeworth-Kuiper belt create the Solar System's dust ring. If the same is going on in other planetary systems, then those stars will also have dusty rings around them.

"If you have a dust disc around a star that's not particularly young, then it's extremely interesting because the dust has to come from somewhere. The only explanation is that the star has planets, comets, asteroids or other bodies that collide and generate the dust," says Malcolm Fridlund, ESA's study scientist for Darwin, the mission under development to search for life-supporting planets around other stars.

To trace the collisions in the Edgeworth-Kuiper Belt, Landgraf and colleagues had to do some celestial detective work. They began by sifting through data from the 1970s and early 1980s, when NASA space probes Pioneer 10 and 11 first found dust particles of unknown origin beyond Saturn's orbit. The hypothesis of dust coming from comets was discarded: in fact near the Earth, comets give off dust; beyond Saturn, however, they freeze and shed little material. So, no one knew whether the Pioneer dust grains were coming from inside the Solar System – from a source other than comets - or beyond it from the interstellar space. Now, using data from ESA's Ulysses spacecraft, which has been orbiting the poles of the Sun for more than 10 years, Landgraf and colleagues have been able to rule out an origin beyond the Solar System. The Ulysses data shows that dust grains of interstellar origin are considerably smaller than interplanetary dust grains, which originate in the Solar System.

The interstellar grains detected by Ulysses are typically ten to a hundred times smaller than the smallest grain that could be detected by Pioneer. Thus, the Pioneer grains have to be made somewhere within our Solar System.

So, by a process of elimination and computer simulations, the scientists came to the conclusion that the only possible source of the dust is the collisions between the small, icy objects in the Edgeworth-Kuiper belt. Since these are the remnants of planet formation, the team believe that planetary systems around other stars will also produce constantly replenishing dust rings.

From the number of dust particles detected by the Pioneers, Landgraf and colleagues were able to calculate the density of dust in the ring. "There's only one dust particle every 50 cubic kilometres but it's enough for a bright dust ring like those we see around other stars," says Landgraf.

Indeed, a number of such features have been observed shining brightly at infrared wavelengths around stars such as Vega and Epsilon Eridani. Future missions, such as ESA's Herschel mission will search for many more and take detailed pictures of them. As these images become available, astronomers will be able to predict the sizes and orbits of giant planets within the alien solar system.

"If we see a similar dust ring around a main sequence star (a mature star, like the Sun), we'll know it must have asteroids or comets. If we see gaps in the dust ring, it will probably have planets which are sweeping away the dust as they orbit," says Landgraf.

The result slots into place another piece of the puzzle for those scientists working on ESA's missions that will search for extrasolar planets, as it will allow them to draw up a well motivated list of target stars based upon whether they are surrounded by dust rings. "This finding has exciting implications for both missions," confirms Fridlund.

The full details of Landgraf's results will be published in a future issue of The Astrophysical Journal.

(*) Members of the team of scientists include: