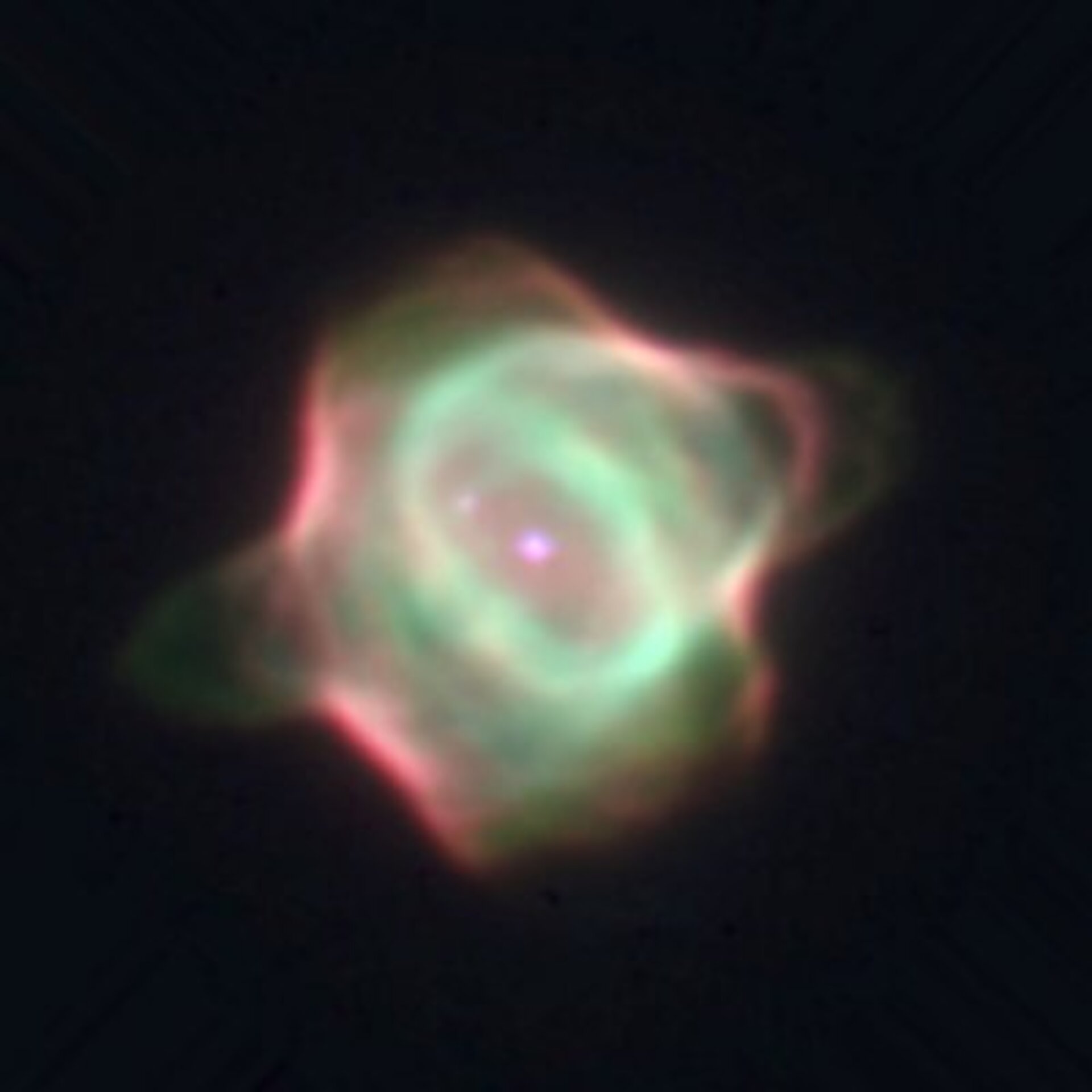 This is the Stingray Nebula (Henize 1357), the youngest known planetary nebula, as seen by the NASA/ESA Hubble Space Telescope. Twenty five years ago, the nebulous gas entombing the dying star at the centre was not hot enough to glow.

This image shows a rare moment in the final stages of a star's life: a shell of gas cast off by a dying star which then begins to glow like a neon light bulb. Images of planetary nebulae in their formative years like this can yield new insights into the last moments of ordinary stars like our Sun.

A planetary nebulae forms after an aging, low-mass star swells to become a 'red giant' and blows off some of its outer layers of material. As the nebula expands away from the star, the star's remaining core gets hotter and heats the gas until it glows. A fast wind - material propelled outward from the hot central star — compresses the gas and pushes the gas bubble outward.

The Stingray Nebula is an 'infant' in relative terms, because only within the past 25 years did its central star rapidly heat up enough to make the nebula glow. While stars typically exist for millions of years, the transition to a visible planetary nebula takes only about 100 years — the blink of an eye compared to a star's lifetime - which is why no younger planetary nebulae have ever been identified.

Named because its shape resembles a stingray fish, the nebula is one-tenth the size of most planetary nebulae and is 18 000 light-years away in the direction of the southern constellation Ara (the Altar). Because of its small size, no details of the Stingray Nebula were visible before Hubble observations were first carried out in 1993. Those images were the first to show the structure of the nebula. This image was taken in 1997.