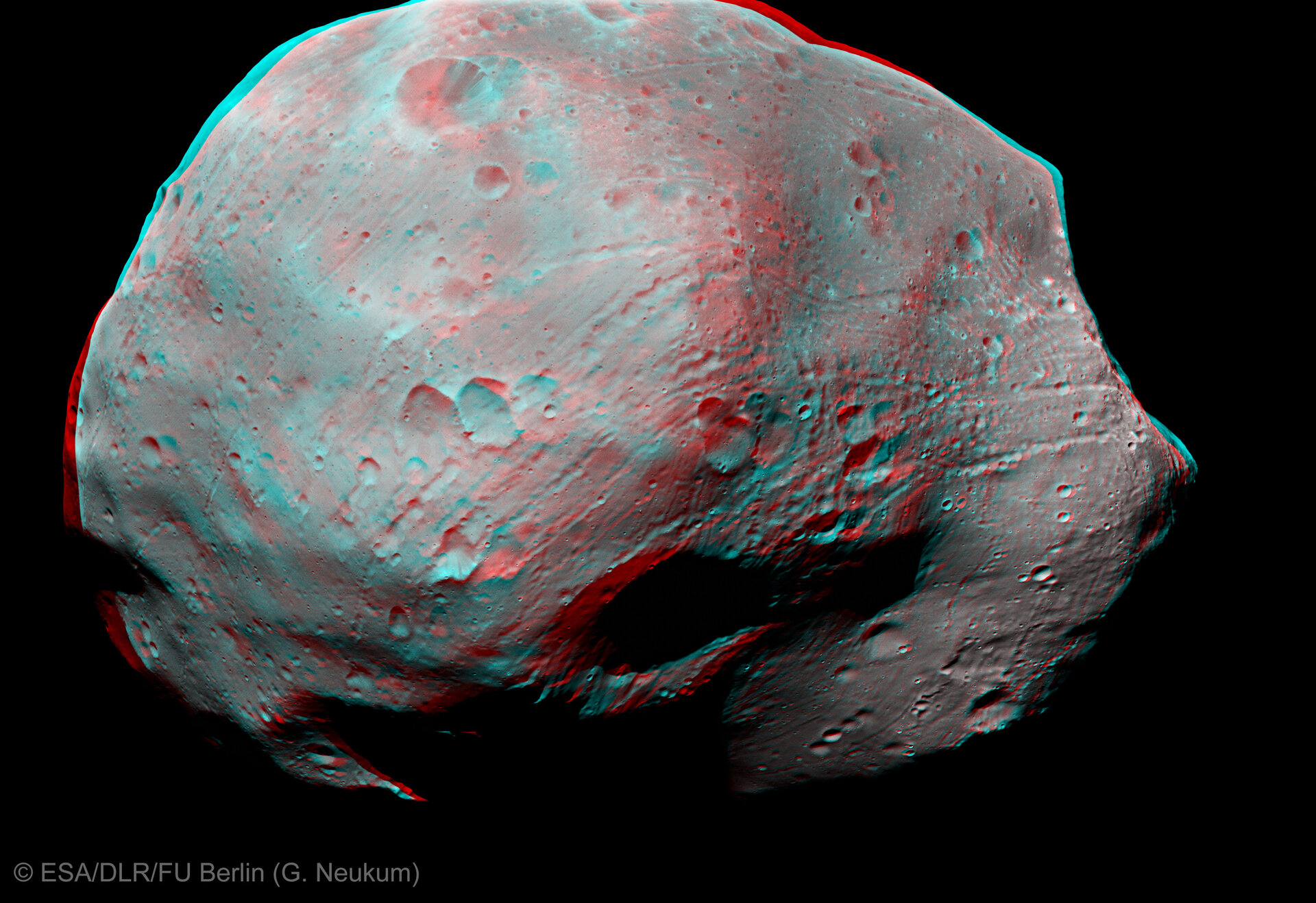 Some 135 years after its discovery, Mars’ largest moon Phobos is seen in fantastic detail – and in 3D – in an image taken by ESA’s Mars Express spacecraft as it passed just 100 km by.

This view is much different to the faint object that astronomer Asaph Hall would have just been able to make out as he observed the Red Planet through the United States Naval Observatory’s 66 cm telescope in 1877. Through this telescope he discovered Mars’ smaller, outermost moon Deimos on 12 August and the larger, innermost moon Phobos on 18 August.

More than a century later later, spacecraft in orbit around Mars are studying Phobos in unprecedented detail.

In this image, a bite-sized chunk appears to be missing from the right edge of the irregular shaped moon – this is a side-on view of the rim of large impact crater Stickney, so-called after the maiden name of the discoverer’s wife.

Families of grooves appear to emanate from Stickney, carving channels across the approximately 27 km length of the moon. Initially thought to be associated with the Stickney impact crater, one recent theory suggests that they were instead formed when Phobos passed through debris clouds thrown up from the surface of Mars by asteroid impacts onto the planet’s surface.

Orbiting Mars at just 6000 km from the planet’s surface, it is closer to its parent planet than any other known moon in our Solar System. The moon’s proximity means that it hurtles around Mars faster than the planet rotates: for an observer on the surface of Mars, Phobos would appear to rise and set twice a day.

The moon’s orbit is decreasing and in some 50 million years time it will likely break up to form a debris ring around Mars, before colliding with the planet’s surface.